Skip to content
Home News Afghan students return to Kabul U, but with restrictions 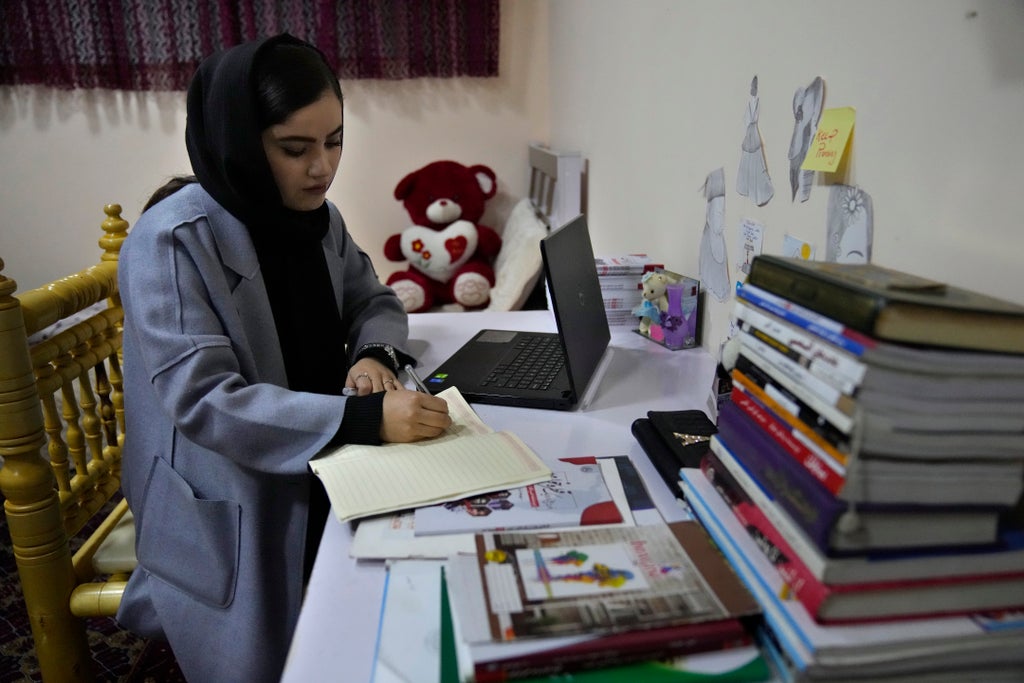 Kabul University, among Afghanistan’s oldest and most revered institutions of higher education, reopened Saturday six months after the Taliban reook the country. There were new restrictions in place, however, including gender segregation and mandatory Islamic dress.

Dozens of female students, all wearing the hijab, the veil worn by Muslim women, lined up outside the university gate. They were eager to resume classes abruptly cut short in the wake of the Taliban’s August takeover. Taliban stood guard at the campus’s three entrances.

Most of the students said they didn’t know what to expect but were surprised to discover they could resume regular coursework and advance in their chosen fields of study. The university largely follows the US liberal arts model.

The music department was the only discipline canceled for both males and females, returning students told The Associated Press. The Taliban did not respond to AP requests for comment.

“There have been no changes made to the syllabus,” said Bahija Aman, 21, a third-year anthropology major. “The instructors are the same in my classes.”

“I am happy they have finally let us return to university,” she added.

Once attended by 22,000 students, the much-anticipated opening was a quiet affair.

There were no public announcements from the Taliban government and media requests to enter the premises were denied. A statement on the university’s official Facebook page this week announced that students would return to classes Saturday and that classes would adhere to religious and cultural values.

Like most public universities, Kabul University had closed in the immediate aftermath of the Taliban takeover. The issue of whether women would be able to return without restrictions has been a key concern of the international community. Many feared the Taliban would bar females as happened during the group’s previous rule from 1996-2001.

The Taliban have said they don’t object to education for women but require classes to be segregated and based on Islamic principles as they understand them. Some public universities re-opened earlier this month in the provinces of Lagham, Nangarhar, Kandahar, Nimroz, Farah and Helmand.

Despite the lack of a formal ban, girls grade seven and up have effectively been barred from going to school in most of the country since the Taliban’s takeover six months ago. The Taliban have said girls will be able to return to school by late March.

Access to education is a key demand of the international community, and the Taliban have blamed delays on lack of adequate space, especially in cities, to accommodate segregated schooling

The new restrictions were spelled out by instructors to the Saturday morning cohort of female students. They were to wear the Islamic head-covering and could not bring smartphones to the university premises. Male students attend courses in the afternoon.

But little else appears to have changed. Kabul University posted a list of vacancies earlier this month on its Facebook page, including positions in the departments of art, public policy, literature, media and communications, and political science.