Skip to content
Home News Adele and Rich Paul: A timeline of their relationship 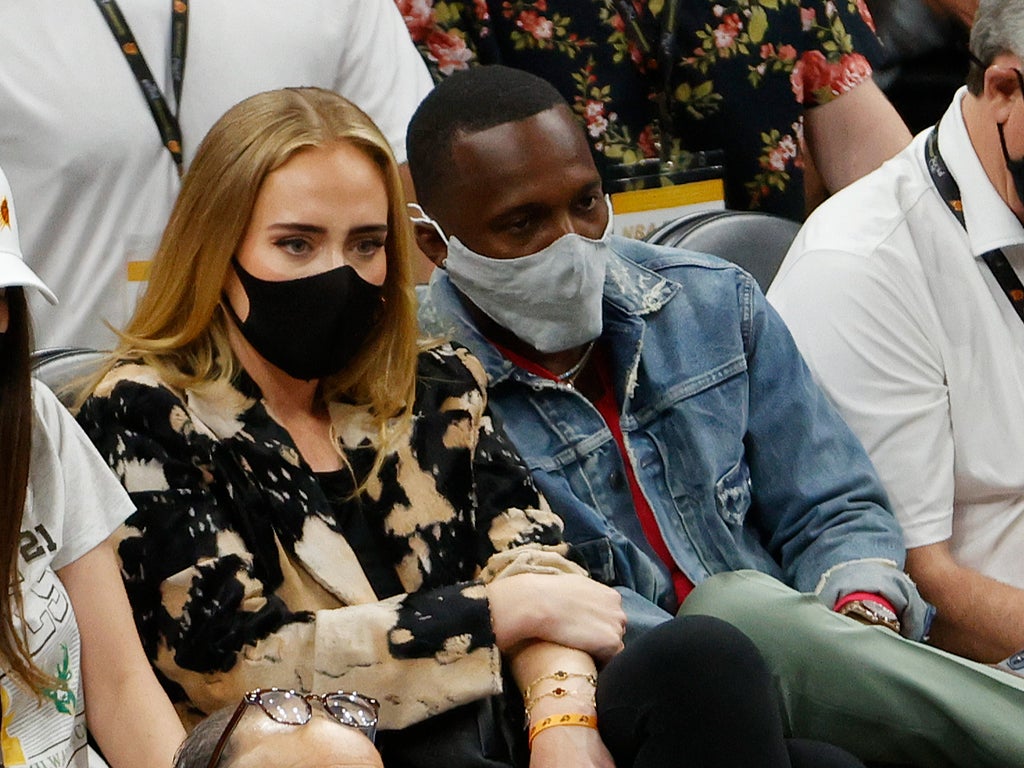 Earlier this week, Adele delivered a subtle retort after tabloids in the US and the UK speculated that her relationship with NBA sports agent Rich Paul was on the rocks.

In a post to her Instagram on Wednesday 2 February, the “Easy on Me” singer announced that she will be performing at the 2022 BRIT Awards and appearing on The Graham Norton Show this month.

The news comes after Adele postponed her Las Vegas residency at The Colosseum at Caesars Palace Hotel just 24 hours before its opening night.

Shortly after, it was reported that she had canceled her residence because she was having problems in her relationship.

But any rumors of the sort have been shut down with a quick-witted remark by the 33-year-old in her latest announcement.

“Hiya, so I’m really happy to say that I am performing at the Brits next week!,” she said.

“Anddddd I’ll also be popping in to see Graham for a chat on the couch while I’m in town too! I’m looking forward to it! Oh, and Rich sends his love [sic],” she added, confirming that her relationship is in fact, perfectly fine.

See below for a timeline of Adele and Paul’s relationship so far.

The couple has remained pretty tight-lipped about their relationship, which makes it difficult to know exactly when they first started dating.

The earliest inkling was in May 2021, when The New Yorker published a profile of Paul. During the interview, the 40-year-old sports agent disclosed that he had been “hanging out” with a “major pop star”, whose name was not shared with readers.

If the pop star was Adele, which neither she nor Paul have confirmed, their relationship was likely in the early stages, as he added: “I’m not dating, I’m single. Put that in the story.”

In July, Paul and Adele were spotted together in Phoenix, Arizona watching an NBA finals game between the Milwaukee Bucks and Phoenix Suns.

Photographs of the pair showed them sitting next to each other in the stands, laughing and smiling throughout the game.

While this appearance gave many fans all the information they needed to assume the pair were an item, Adele confirmed the news in a post on her Instagram in September 2021.

The 33-year-old posted two photographs of her wearing a Schiaparelli gown, alongside a black and white image of the couple posing together in a photo booth. She captioned the post with a simple red heart emoji.

Adele broke the internet in October when she appeared on the cover of both British Vogue and American Vogue dressed in Valentino and Vivienne Westwood couture.

In the interview with American Vogue, she spoke about her and Paul’s relationship publicly for the first time, revealing they had met “just before” her dad, Mark Evans, died in May 2021.

“Rich just incredibly arrived,” she said, adding that she feels “safe” with him.

“I don’t feel anxious or nervous or frazzled. It’s quite the opposite. It’s wild. I’m a 33-year-old divorced mother of a son, who’s actually in charge. The last thing I need is someone who doesn’t know where they’re at, or what they want. I know what I want. And I really know what I don’t want.”

She also disclosed that the couple’s decision to go public about their relationship wasn’t deliberate.

“I didn’t mean to go public with it. I just wanted to go to the game, “I just love being around him. I just love it,” she said, referring to the NBA game in Phoenix.

That month, the couple also attended another NBA game together, this time to watch the Los Angeles Lakers take on the Golden State Warriors.

In November, Adele got candid about her relationship during a sit-down interview with Oprah Winfrey during her One Night Only concert special on CBS.

“He’s just hilarious. Oh, he’s so funny, he’s hilarious. You know, he’s very, very smart. It’s quite incredible watching him do what he does,” she said.

“And just the ease of it. It’s just been very smooth.”

She also shared how this relationship differs from her past experiences.

“It is the first time I’ve loved myself and been open to loving and being loved by someone else,” she said.

“It’s just timing. But it’d be interesting to see what my reaction is like in general to anything that hurts me now that I feel so secure in myself, and I’m talking outside of romance as well.”

Adele also brought Paul to her home turf later that month, when the pair were spotted leaving the London Palladium together following the filming of her ITV special, An Audience with Adele.

Also in November, the songstress told rolling stone the pair first met at a mutual friend’s birthday party “years ago” while they were both on the dancefloor.

Adele celebrated Paul’s shoe collaboration with New Balance on her Instagram stories, sharing a photograph of herself wearing the brand’s famous 550 trainer in Paul’s colourway.

“Congratulations,” she wrote, tagging Paul. I have reposted the story on his own account, adding a red heart emoji.