A dossier with more than 20 names allegedly linked to historic sex abuse in Scottish football has been released by a group calling for an independent inquiry.

Campaign group Spotlight are urging the authorities to investigate 24 men who have links to Celtic FC or Celtic Boys Club.

All of their names were compiled by Spotlight from source information, previous convictions, active court cases and victim statements.

The majority of those on the list have only ever been identified by their victims and families.

So far, eight men connected to the Boys Club have been convicted of more than 55 historic child sex abuse cases, with a further three pending criminal trials, the Scottish Daily Express reports.

Two of those sentenced cannot be identified due to ongoing legal restrictions.

It comes as the Scottish Daily Express revealed that the group have identified as many as 40 former players who have since died due to suicide, violence or addiction whose names and ages could match former players – thirteen of which are confirmed to have played under paedophiles employed by Celtic FC or Celtic Boys Club.

He was then given responsibility for youth and s-form players and was the Boys Club official during the 1994 St Benedict’s Prep International Tournament in Kearny, NJ. In 1995, he also took on the job as a kit man for the Celtic FC first team.

McCafferty has been convicted of abusing 11 boys between 1972 and 2015, including four Celtic Boys Club and youth team players.

The depraved paedophile has been accused of abusing countless boys and was a suspect in the murder of Celtic youth player Lawrence Haggart.

The incidents took place in locations across Scotland and England – including team showers, hotel rooms and minibuses.

The former Celtic Boys Club chairman has been convicted of seven charges of historical sexual abuse against four boys and one girl while coaching football at a primary school in the north of Glasgow.

Some of the offenses happened at Barrowfield Training Park, which at the time was the official training ground of both Celtic and Celtic Boys Club.

King is known to have been close to other known Boys Club paedophiles.

He is also known to have gone with senior Boys Club players to Kearny, New Jersey, USA. He wrote an article for the official Celtic club magazine, the Celtic View, headlined “Trip of a Lifetime.”

Strachan resigned from Celtic East Boys Club after being convicted of sexually assaulting a boy and sentenced to three years in jail in 1997.

The secretary had previously been convicted of an indecent assault on a child in 1985, when he was 17, before becoming a long-serving club official.

After his release, Strachan tried to rape an 18-month-old boy on Hogmanay 2005 and took a photograph of the incident.

It was later revealed that he was a part of what was described as the “largest paedophile network dismantled in Scotland”.

Celtic have denied formal connection with the Edinburgh club. However, the Times reported that articles in the Celtic View show that Benny Rooney, a youth development officer with Celtic FC, was overseeing the venture.

Cullen worked as a photographer for Celtic View for over 30 years before a cleaner found a black bin bag containing around 250 black and white pictures of young boys who were either nude or semi-nude.

He has admitted inviting the children to a house in Glasgow between January and December 1982 before getting them to pose for the camera – the pictures were then locked away in his Celtic Park store room for years.

He was convicted in 2002 but walked away without a prison sentence.

Bennell was described by a judge as the “devil incarnate” and is currently serving a 31-year sentence for 50 charges of child sex abuse.

Jim McCafferty is known to have taken the players from Glasgow to play in tournaments organized by Bennell, who was also close to other convicted Celtic paedophiles.

Survivor Malcolm Rodger has previously alleged that McCafferty abused him and took him to Blackpool, where Benell raped him.

The ‘Celtic fanatic’ priest, teacher and football coach used his position at Preston Catholic College, Lancashire, to abuse dozens of adolescent boys in the 1970s.

He forged a relationship with Celtic Boys Club and brought young players to Glasgow – articles in the Celtic View talk of him bringing Preston Schoolboys under 15 team for a ‘friendly’ with the Boys Club.

One of Spencer’s victims, Patrick Raggett, told the Times in 2012, “It seems inconceivable to me that Spencer and those responsible for abuse at Celtic Boys Club weren’t in collusion.”

Former Celtic manager Lou Macari wrote in his autobiography, ‘Football, My Life’, that in 1993 a young player entered his office and recounted that he had been molested by a Boys Club coach on a trip to the United States.

Macari stated that he believed the boy was telling the truth but has never revealed the identity of the abuser.

Spotlight has also told the Scottish Daily Express of four Boys Club officials who are currently facing charges and have identified seven more from statements given from survivors of abuse.

A further three connected to Celtic FC are suspected of historical abuse after being mentioned by various sources, but as of yet, no victims have come forward.

Spotlight commented: “Some of the names on this list are already in the public domain. Others have been passed to Spotlight through conversations with victims, their families and contacts.

“All of them merit investigation. Are the authorities committed enough to do this and bring justice to who knows how many victims?” 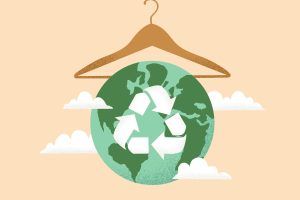