Skip to content
Home News About 150 Spaniards, pending to return from South Africa 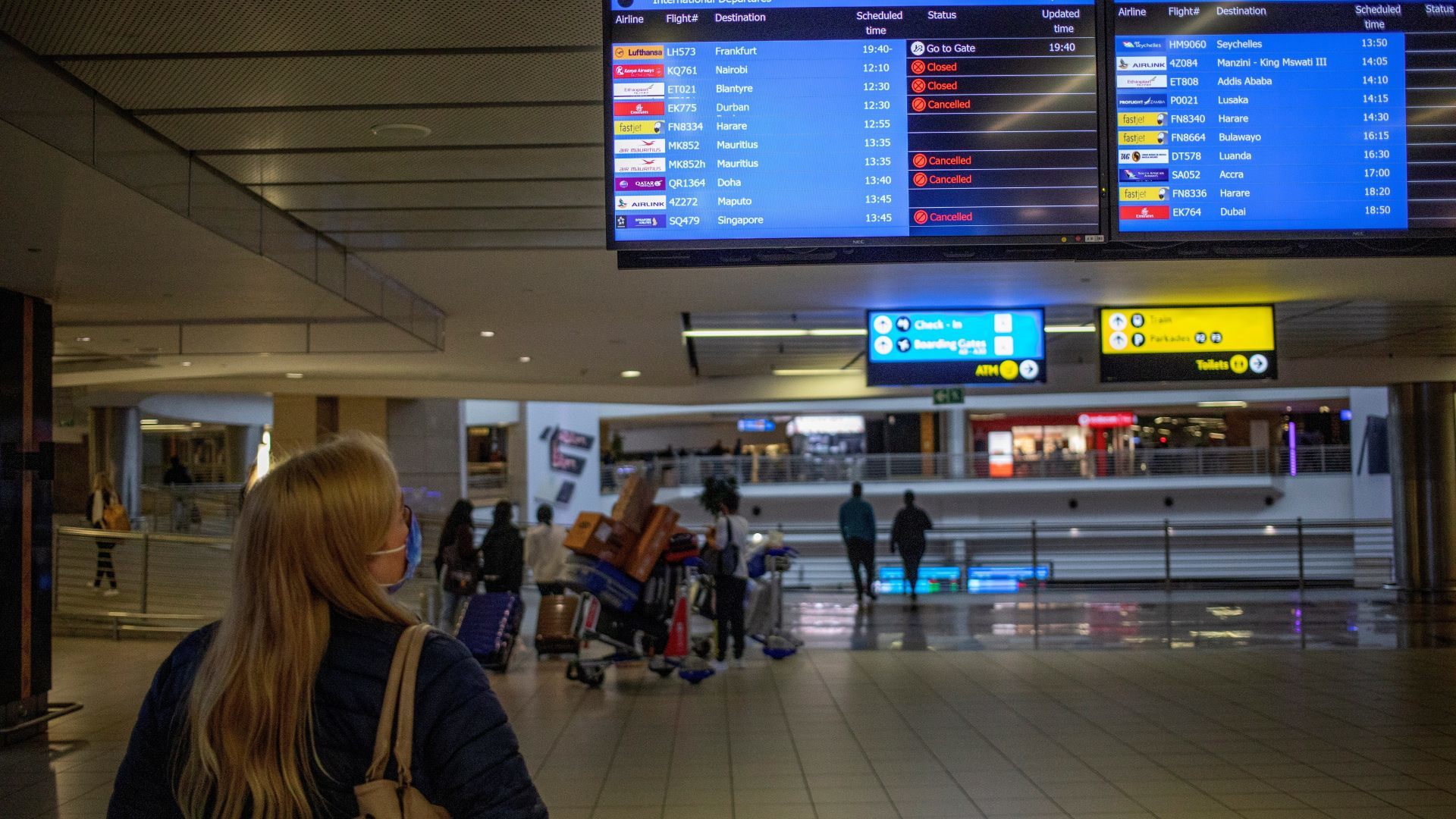 Something more than 150 travelers try to return to Spain after the new international restrictions for the detection of the omicron variant They were surprised in South Africa or in neighboring nations, diplomatic sources have informed Efe.

“There are more than a hundred but we do not calculate that many more than 160 or 180. We refer to tourists or passers-by, not residents“, have pointed out sources from the Embassy of Spain in South Africa, based on the data they were able to collect to date.

“Many are already at the airport or waiting for flights that can leave within a day or two“added the sources.

Among them there are, for example, a dozen travelers from Valladolid who were grounded after the Swiss airline Swiss International Air Lines prevented them from flying as planned, by changing their policies and starting to accept only their nationals.

According to Europa Press, nine of them have already found a flight to leave Johannesburg (South Africa) and will leave on Monday, while the rest will do so on Tuesday. This has been pointed out by the councilor of the Valladolid City Council, María Victoria Soto, a member of the expedition, who has reported that they will travel with Lufthansa via Frankfurt and the other three will do so the next day.

Soto has shown before the cameras of TVE his “malaise” towards the Government of Switzerland: “With all the documents, the negative PCR and the purchased ticket left us on the ground because They claimed that they could not carry people in transit on the planeThey only took Swiss citizens. ”

“He is for himself who can”

One of the trapped travelers, the golfer English people, tries to return to Spain after playing a tournament in the African country, which was canceled. “It’s a bit for anyone who can, each one of us is trying to find options to travel and they are canceling flights. It’s quite chaos, really“, he assured TVE.

Anglès has been able to buy a flight with the Dutch KLM that will take him to Amsterdam, although he has the uncertainty of “if he is going to take off or not”. Added to this insecurity is the requirements that will be required upon arrival at the Dutch airport. “We do not know if we will quarantine there or they will let us go to Spain; it is an extreme uncertainty that is not easy to carry,” adds the young man, who has had to undergo a PCR test to be able to fly and “get home in a or other”.

More hopeful was Alfredo García Heredia who, along with a group of three other golfers, had managed to do the ‘cheking’ to fly to Amsterdam “after three hellish days.” “We are finally here to try Spain tomorrow,” he assured TVE.

The Dutch company KLM is one of those that is maintaining its flights from Johannesburg and Cape Town (Southwest), despite restrictions ordered from Europe, and they are transferring European Union residents from South Africa on commercial flights, provided they present the corresponding negative tests.

“Compared to what the pandemic was, it is not so complex,” the sources reassured, and also noted that, compared to other European countries that are estimated to have thousands of tourists in southern Africa these weeks, lhe restrictions are not affecting such a large number of Spaniards.

See also  All the changes of the new Highway Code for cyclists, drivers and pedestrians from next weekend

Since commercial flights are available, repatriation flights are not currently being considered.

Expectation for the new variant

The discovery of this new variant of the coronavirus, identified as B.1.1.529 and baptized with the Greek letter omicron by the WHO, was announced on Thursday by scientists and health authorities in South Africa, based on samples taken in mid-November.

At the time of the announcement they had already identified infections in Botswana and Hong Kong (China), but later detections were added in Israel, in Belgium (a case of a traveler from Egypt with no apparent ties to southern Africa), Australia, UK and elsewhere.

Despite the little information available (for early detection), from the very day of the announcement, numerous countries, including the UK, the US and the nations of the European Union, quickly announced drastic travel restrictions for the countries of southern Africa.

Spain, although it does not have direct flights to the area, also joined the European line and tightened entry controls for travelers from that region, who must present a negative test even if they are vaccinated