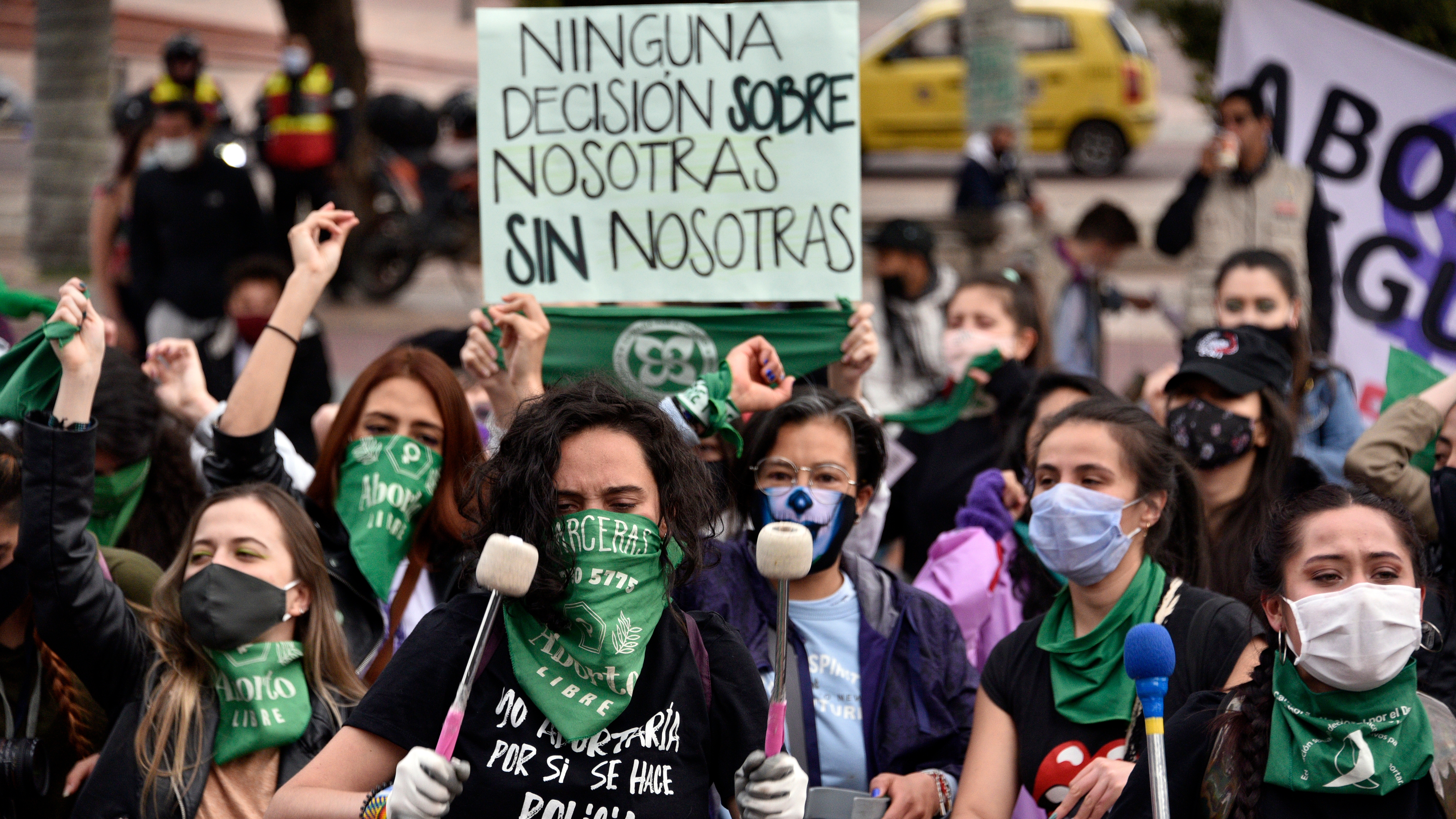 I don’t know why that story impressed me so much, that in principle it touched me more from afar than others I have known. Eight years ago, at the end of October, I witnessed a demonstration in Dublin that had the city collapsed. The protest had erupted after the death of Savita Halappanavar, a 31-year-old dentist who was 17 weeks pregnant and had severe back pain when she was admitted to the Galway hospital. Doctors told her about the dilation of the cervix, the loss of amniotic fluid and the inability of the fetus to survive, and it was then that the woman asked for an abortion. Doctors refused: the baby’s heart was still beating and, under Irish law, abortion was prohibited. “Ireland is a Catholic country,” they told the patient. The fetus’s heart stopped beating four days later. The doctors intervened then, but it was too late: Savita Halappanavar died of septicemia, and only an indecent denies that this death was unnecessary.

I remembered that atrocious episode in the past days, when the Constitutional Court of Colombia was preparing to give a final ruling on the decriminalization of abortion. The decision ended up being postponed due to legal formalities, but the conversation continues to dominate the country. I have for me that it is one of the most difficult and painful that modern societies face, and to remove it is a serious mistake, even if one was not born with a uterus. Other Latin American countries have been through the same debate recently; as in them, the Colombian debate has been defined by religious faith and structural machismo, which hinders everything. Those who want to prohibit abortion, even if thousands of women die or suffer or are mutilated, call themselves defenders of life; Those of us who defend the right of every woman to sovereignly dispose of her body and, therefore, of her life, and above all not to unnecessarily sacrifice her physical or mental integrity, accuse us of allowing and even encouraging the murder of defenseless beings.

All the figures in the world show the same thing: that the criminalization of abortion has not resulted in a decrease in abortions carried out, but rather the practice of riskier abortions. In a shocking statistic, the World Health Organization says that almost half of abortions in the world are carried out in unsafe conditions; by the time Savita Halappanavar died (the figure stuck in my head), 47,000 women died each year from miscarriages done poorly or in poor conditions; Today, as I just found out, the number has risen to 68,000. In other words: far from saving lives, the criminalization of abortion risks them more, not to mention all the others that end up destroyed by social condemnation, stigma and violent punishments. Adding to this a jail sentence is cruelty that should embarrass us.

Perhaps the great problem with this conversation, as Catholic societies have been raising it, is that the self-proclaimed defenders of life have not realized (did not want to realize) what is obvious to some of us: abortion it is a tragedy because there is not one life involved in it, but two that are in conflict. Well, the right to resolve this conflict should belong, without interference or persecution, to the pregnant woman, and above all it should be resolved from sexual education, science and ethical reflection, not from criminal law or constitutional prohibition, and much less from the doctrine of a religion that, as difficult as it is for many to understand, not all of us share.

But the Catholic Church, the main opponent of the right to abortion, has never liked sex education, and has been a determined enemy of science: perhaps you remember Benedict XVI, who on a trip to Africa in 2009 declared, with total seriousness, that condoms aggravate the problem of AIDS. As for ethical reflection, that difficult effort to resolve difficult situations without the umbrella of faith, it would always be necessary to start from a budget: it would be desirable that no one had to abort, but the stubborn reality is different. Thus we have, on the one hand, the future and potential life of a being that has neither autonomy nor self-awareness; on the other, the present life of an autonomous, fully rational person, whose interests – not to die, for example, or to avoid physical or moral suffering – are part of his sovereignty. This second life, or your right to define and shape yourself, should receive the unconditional protection of the law. Otherwise, to say that that person is free would be to be untrue.

Juan Gabriel Vasquez is a writer. His latest novel is Look back.