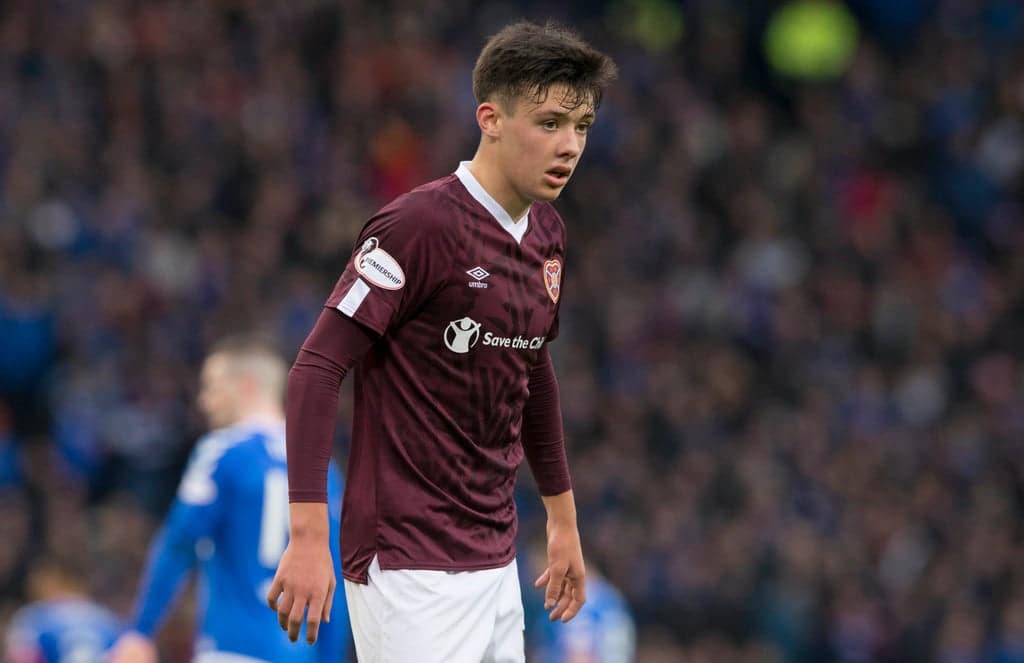 The former Hearts defender, who joined the Serie A side in September 2020, got his first senior call-up for Thursday’s game against Poland at Hampden Park and away to either Wales or Austria next week.

Scotland coach Naismith, who played alongside Hickey at Tynecastle before joining the coaching team at the Gorgie club, assessed the rise of the teenager.

“Amazing,” said the ex-Scotland striker, who hopes captain Andy Robertson and Lyndon Dykes can play some part in the next two games even though they did not join up with Steve Clarke’s squad due to Covid-19 and injury respectively.

“Aaron is mature enough beyond his years and his move to Italy tells you that. He is happy to go and have that experience and wants to do well.

“He had to make the right choice and I think he did, his career has progressed and progressed again. He is still very young and still got a lot to learn and develop as a player but he is a good footballer.”

Although Scotland is well-served with left-backs including Robertson, Kieran Tierney and Greg Taylor, Naismith does not believe that will necessarily be a barrier to Hickey’s international career.

See also  Christmas, the athlete and a price to pay | sports

He said: “There is a lot of competition on the left but I wouldn’t naturally have said Aaron is just a left-back, he can play in a number of positions which will help him.

“What you call his natural position is fully-loaded, there is loads of quality and loads of guys vying for positions so he just needs to work hard and knowing him, if he is picked in any position he will go and do himself proud and he will do his best.

“But he has to show the appetite, the attitude and potential on the training pitch to be consistently involved in the squad.”

Robertson and Dykes were the only two of Clarke’s squad absent from Scotland’s training base in Edinburgh.

The Liverpool left-back, who missed the FA Cup tie against Nottingham Forest at the weekend, has Covid-19.

Striker Dykes has missed the last six games for QPR with a hamstring injury and is being assessed by his club.

“But in terms of the first game, it is pretty clear that the group who are here will be the ones that we focus on for this game.

“Then as with every game, we will look at the injuries and things like that after that.

“It is a day-by-day situation, Robbo has Covid so there is a protocol you have to follow and Lyndon is back at his club getting treatment and seeing where he is so there is constant dialogue day-to-day but there is a hope that they will be involved at some stage.

“Tomorrow might change in terms of circumstances but again the clubs are the ones who will drive the situation because they will not release a player when they have an injury or when they are not right.”