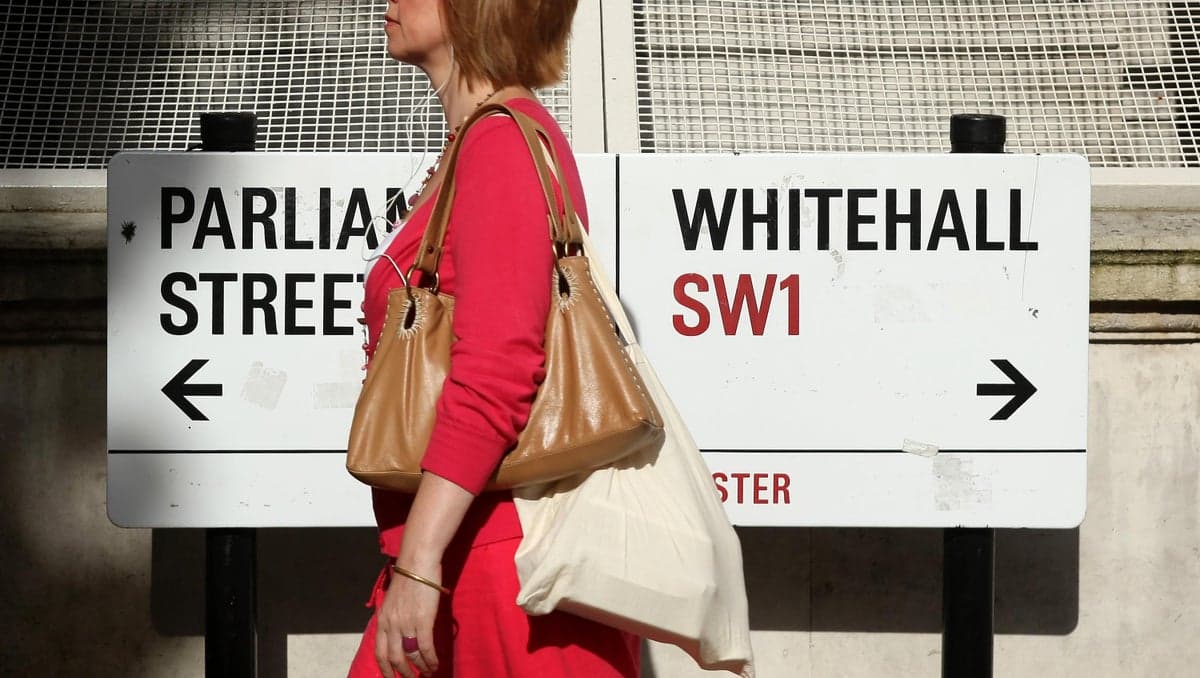 In less than 48 hours, the British government collapsed on itself amid a torrent of ministerial resignations that stripped multiple departments across Whitehall of their chief decision-makers and, eventually, forced Boris Johnson out of office.

There have been tears among staff in No 10 and pockets of officials turning to the bottle, knowing that the fight is up or quietly celebrating the end. Conferences and meetings with key government stakeholders have been cancelled, at a cost of thousands of pounds. Even insiders at the US Embassy have raised the question of “what the fuck is going on”.

“We’re headless, incapable of making any decisions at all,” said one official at the Department for Leveling Up, Housing and Communities (DLUHC). “A zombie government,” said another Whitehall source.

More than 50 ministers stepped down from their posts prior to Johnson’s resignation, piercing gaping holes in the machinery of government and making it near impossible for civil servants and politicians to fulfill their duties to the state.

The science minister, George Freeman, told the BBC that the government was facing a “constitutional crisis” which is “seriously undermining our authority in key negotiations on the world stage… nowhere more than in the vital areas of science, research, technology and innovation…”

He added: “This is damaging our international reputation. I’m trying to negotiate… we can’t do that with this chaos.”

The DLUHC source said that servants “have become used to the volatility that comes from having Boris Johnson involved in government, during the May and Johnson regimes, but this is something else”.

DLUHC was stripped clean of the majority of its ministers, including Michael Gove, who was fired by Johnson on Wednesday evening for telling him to resign (although one No 10 insider said the secretary of state had been shown the door for scheming against the PM and encouraging others to walk).

What comes next for DLUHC — the department entrusted with delivering the Tories’ vaunted ‘Levelling Up’ agenda — is now down to its new secretary of state, Greg Clark.

“Gove has a very clear vision of the Government’s leveling up agenda, achieving success for the Tories’ program and saving the taxpayers’ money,” the source said. “Losing him, and all but one of our Commons’ Ministers, has been extremely destabilizing, and quite confusing for newer staff, and all our stakeholders who’ll now play for time.

“Like all departments, DLUHC already has a backlog of decisions that will probably be delayed until after the summer recess. If the prime minister wants to maximize his lasting impact he should re-appoint Micheal Gove during the transition.

An emergency meeting has been called between the department’s permanent secretary and directors to determine what the events of the last two days mean “for all the work we’ve been doing to deliver the government’s agenda.”

One key policy that now looks set to be put on hold across Whitehall is the goal of slimming down the civil service to its pre-pandemic levels — a vision pursued by Jacob Rees-Mogg, the minister entrusted with government efficiency.

Among other issues, this topic was set to be discussed today by civil servants and senior policy leaders at a major conference, which has since been scrapped amid the chaos.

One Whitehall source said all government departments had been pumping considerable “brainpower and resources” into Rees-Mogg’s “pet project” over the past month or so.

“Some of our best people have been doing rigorous audits and coming up with suggestions for how to move forward with this, likely at a cost of hundreds of thousands of pounds. We don’t know if the new PM will want to pursue this. It could be something that is dropped and forgotten about.

“More generally, ministers across government will have their own pet projects which could now come to an end. It naturally creates a lot of wastage.”

For the last few days, civil servants have been glued to their phones and TVs as much as the rest of the country, the source said, adding that it has been “quite demoralizing to work for ministers who go out and defend the indefensible.”

They added: “But it’s heartening to see them eventually take a stand and show some principle”.

Other departments have been more removed from the unfolding drama, such as the Foreign, Commonwealth and Development Office, which has managed to keep hold of its ministers.

Foreign Secretary Liz Truss herself has been out of the country, on a trip to Indonesia for a G20 meeting, but is now flying home to no doubt launch her own leadership bid.

“We’ve been in a weird position because none of our ministers went,” the FCDO source said. “So we have just been viewing the storm but been unaffected.”

What comes next is anyone’s guess. Confirming his resignation outside 10 Downing Street, in a speech in which he blamed the “herd instinct” of the Conservatives for his demise, Johnson indicated he will stay on as PM until a new leader is elected — but MPs are desperately urging him to stand down with immediate effect.

A “caretaker” cabinet is already being hastily put together following the walk-outs of the past two days, but it’s expected these ministers will soon be replaced themselves once the new prime minister takes office.

The looming leadership battle will likely prolong the “paralysis” currently engulfing Whitehall, the DLUHC source said, leaving Britain caught in a state of limbo in the months ahead as it attempts to recover from the aftershocks of this administration.

For now, though, many civil servants are delighted that Johnson’s time is finally up. “See you fucking later,” said one Downing Street source. “Close the door on the way out.”