Skip to content
Home News A waste of time and talent


Somewhere between the hoax teaser for Cliff Beasts 6 and a genuinely enjoyable trailer, I convinced myself that Bubble would be a good time.

After all, Judd Apatow was at the helm, and he had recruited a stellar ensemble cast of Karen Gillan, Keegan-Michael Key, Pedro Pascal, Leslie Mann, David Duchovny, Fred Armisen — wait, there’s more — Kate McKinnon, Iris Apatow, Guz Khan, Maria Bakalova, and Peter Serafinowics. Add in a plot about shooting a ridiculous action film in the middle of the COVID-19 pandemic, and Bubble had all the ingredients to be a comedy that, if not groundbreaking, would at least allow you to shut off your brain and enjoy yourself for a bit.

Simply put, I was wrong. Bubble is not a good time, nor is it an even mildly enjoyable one. It is an overlong slog through a series of unfunny jokes and forgettable characters cobbled together by a plot that is at once threadbare and far too much.

The plot in question: It’s the start of the COVID-19 pandemic, and only two movies are in production. One of them is cliff beasts 6, a new installation in a fictional franchise that would be way more fun to watch than this movie. The cast and crew have to quarantine in a bubble together, and the shoot quickly goes awry. Actors’ egos, drugs, the flu… you name it, it gets in the way. And it’s all impossibly boring.

In theory, our main character is Carol (Gillan), an actor whose efforts to put an end to the film shoot should be our main focus. However, this story all but gets lost in a number of mind-numbing subplots: exes Lauren (Mann) and Dustin (Duchovny) argue about how to co-parent their adopted teenager; Sean (Key) is maybe a cult leader; Dieter (Pascal) falls for hotel staffer Anika (Bakalova); Krystal (Apatow) is a TikTok star on the set of her first movie of her trying to make new friends. That’s really just the tip of the iceberg.

“The Bubble” is not a good time, nor is it an even mildly enjoyable one.

If Bubble had centered on just one of these stories, it could have made for a more interesting movie. Even a running gag about filming a behind-the-scenes documentary would have resulted in a better film. Imagine how much more fun and engaging this story could have been as a mockumentary! Instead, what we get is a lazy, straightforward narrative that relies on uninspired humor, truly insane cameos, and the charisma of its cast.

That charisma is completely dulled, by the way. No one seems to be having fun in this movie, and only Armisen’s performance as the film’s put-upon director managed to squeeze a laugh out of me. Do you know how hard it is to make Armisen and the rest of this cast doesn’t seem funny? Extremely! yet somehow, Bubble manage. 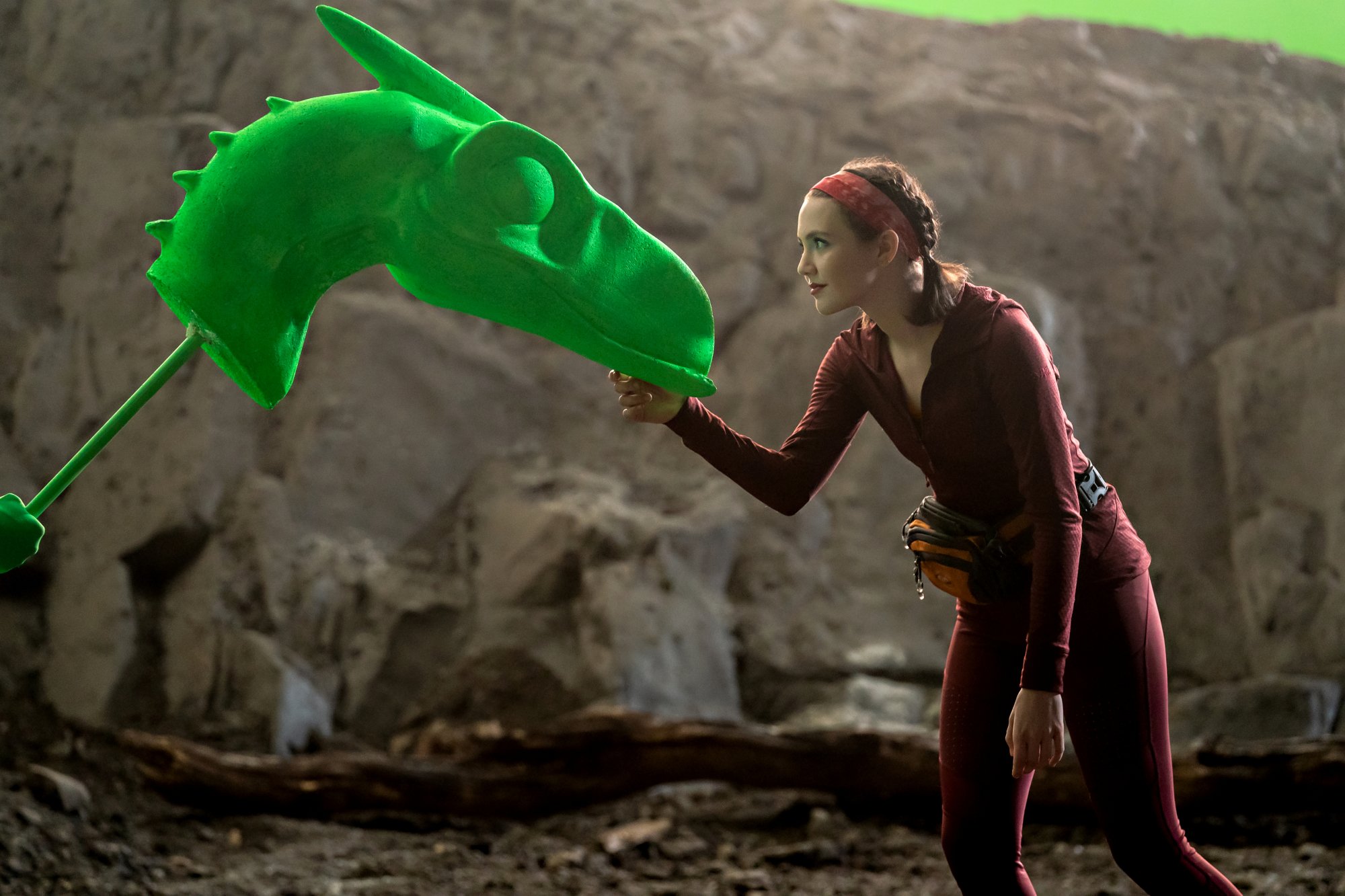 Bubble may see itself the way it frames Cliff Beasts 6, as a movie that will make us laugh about—or even forget—all our problems. Unfortunately, that’s nearly impossible when the film deals with the very serious subject of the COVID-19 pandemic with all the grace of a Cliff Beast lumbering through a forest. Jokes range from “getting COVID swabs up your nose is so annoying” to “quarantining for two weeks is difficult,” none of which make for particularly exciting comedy. (Especially when they’re repeated multiple times throughout the film.) Bubble tries to mine the relatability of these struggles for easy laughs, but what’s relatable about being on a film set in a fancy hotel with your every need catered to?

At best, this movie could be taken as a critique of privileged actors and producers’ responses to the pandemic, but it’s hard to take that angle seriously considering that this is a movie made by privileged actors and producers. Bubble pulls its punches and throws any chance of incisive satire out the window. Instead of interrogating the entitlement of the Cliff Beasts cast, Bubble opts to linger on TikTok dances, underdeveloped relationships, and not one but two separate montages of the cast and crew languishing in quarantine.

Bubble is now streaming on Netflix.