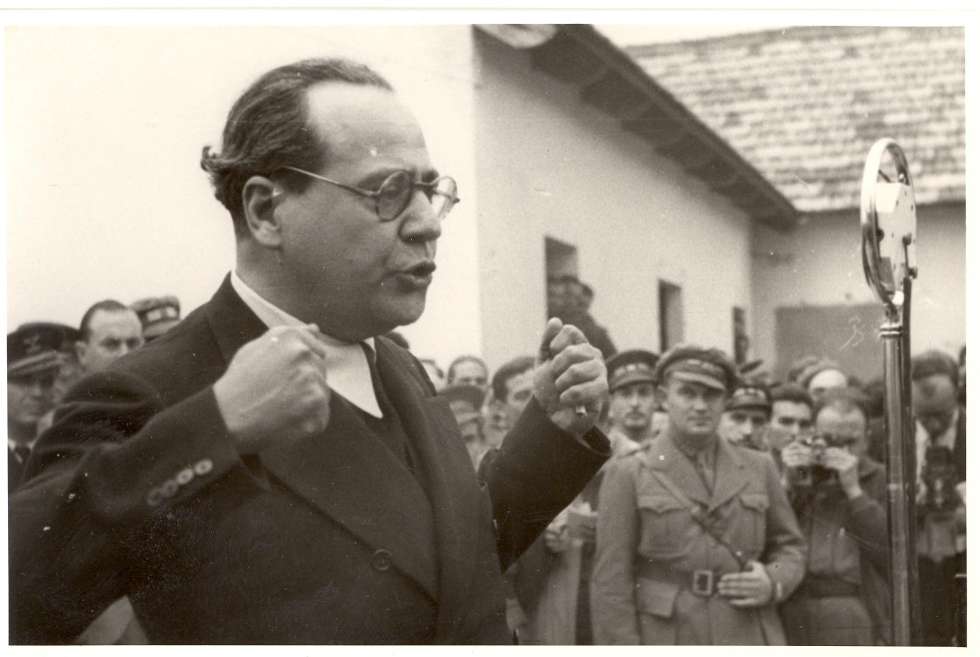 The last weeks of the Civil War were terribly hard for those who ruled the Republic. Catalonia had been lost at the beginning of February 1939, but what the Franco advance also took away was the republican state apparatus itself. Everything was falling apart, a victory in the military field was no longer conceivable, but there was not even scope to negotiate a dignified solution for those who had fought against the coup forces since July 1936. Franco demanded an unconditional surrender without guarantees, after which was preparing to relentlessly pursue its enemies until they finished with them, and was not going to make any concessions. Faced with such intransigence, the only way forward was to continue the war, Juan Negrín thought, to try to organize with the remaining resources the retreat into exile of a threatened population.

The historian Enrique Moradiellos reconstructed those moments of extreme tear in the biography he published of Negrín a few years ago. He says that during the second half of February he visited all the civil and military authorities, and toured the fronts to gauge the climate and guide his decisions. His dejection was capital, as capital was the fatigue of those who defended the Republic and had already lost all hope. There were those who later explained, with a certain hostility, that during the days he passed through Madrid his prostration was such that he would stop “for a long time on the sidewalk listening to a blind man playing his violin.”

The image summarizes well what was behind it, the impotence of a government that was in the bones and whose operational capacity was minimal. Things got worse: the Republican fleet sailed for Algeria and abandoned their own, Colonel Casado’s coup against Negrín occurred, and a brief internal civil war was unleashed on the side of the loyalists that resulted in some 2,000 deaths and the defeat of the communists. Franco won the war shortly after. Reading the Negrin de Moradiellos, where he reconstructed the adventures of one of the greatest figures of the Republic and contributed to dynamiting the smear campaigns that have tried to discredit him, allows us to understand the enormous complexity that exists in each story and in each life. There is enormous greatness in that man who strives to find a way out from the radical closure of an enemy who lacks mercy. And there is it in the figure who abandons himself to the music of a blind violinist who offers him ephemeral consolation in the midst of so much blackness.

See also  Feijóo takes possession of his seat in the Senate

On Sunday Moradiellos read his entrance speech at the Royal Academy of History. In his response to this, Juan Pablo Fusi recalled that between 1975 and 1995, in the times of the Transition, “1,848 books on the history of the war were published (that is, 92 books a year, eight a month for 20 years)” . It is not a trivial fact to show the interest of the Spaniards in what happened in that unfortunate time. Moradiellos has endeavored in his work to destroy the myths that reduce that period to a thickly drawn story that hides its chiaroscuro and ambiguities and lacerating contradictions, and has always tried to get closer to the truth, no matter how harsh it was.

Congratulations to the historian. And to the Academy for such a brilliant signing.