Philippe Coutinho ran the show as Aston Villa easily overcame Southampton 4-0 at Villa Park, with manager Steven Gerrard claiming the Brazilian was operating on “a level that was above the game”.

Gerrard had also spoken recently about wanting to play two strikers as he preferred to have his goal scorers on the pitch rather than the bench and that positive approach really paid off against a timid Saints side.

Ollie Watkins gave the hosts the perfect start after opening the scoring just nine minutes in – his second goal in a week after netting in his team’s 2-0 win at Brighton last weekend – after Coutinho and Danny Ings had linked up well in the build- up.

Man of the match: Philippe Coutinho

That early opener gave Villa the confidence to attack in numbers, which they did at will, with the increasingly busy Fraser Forster doing well to prevent Watkins from scoring a second, before the home side did double their lead a minute before the break after another wonderful team goal.

Calum Chambers, on the edge of the box, split the Saints defense with a cleverly judged lofted ball for Coutinho, who then found Douglas Luiz five yards out. The midfielder finished to put Villa in control at the break.

Two goals in two minutes at the start of the second half then ended the game as a contest as first Coutinho, with the help of a slight deflection through Forster’s legs, got the goal his all-around play deserved seven minutes into the second half.

Then Ings, who only moments earlier had been denied by Forster, found the net against his former club with a well-struck volley after being picked out by Matty Cash’s cutback.

Villa boss Steven Gerrard made two changes from the side that won 2-0 at Brighton last time out. In came Calum Chambers and Ashley Young to the visitors’ back line, with Ezri Konsa and Lucas Digne both dropping out of the squad altogether due to Covid.

Meanwhile, the Saints also made two alterations to the team that beat Norwich 2-0 at home last Friday, with Jack Stephens and Romain Perraud coming in for Mohammed Salisu and Kyle Walker-Peters in defence.

Steven Gerrard’s team move up to 11th in the Premier League and sit just two points behind their opponents in ninth.

Will Villa be able to keep revitalized Coutinho?

One wonders just how Aston Villa are going to be able to keep hold of their twinkle-toed Brazil international come the summer given their displays since moving to Villa Park on a six-month loan from Barcelona in the January transfer window.

Coutinho was at it again on Saturday in helping to dismantle an in-form Southampton side 4-0 at home, with the playmaker having a hand in three of his side’s goals, including another for the man himself.

His manager and former Liverpool team-mate Steven Gerrard was rightly purring at the full-time whistle, stating that “with all due respect to everyone else on the pitch, he [Coutinho] showed a level that was above the game. He really showed his form of old and it was a pleasure to be in the stadium.”

And with good reason too as the 29-year-old has now been directly involved in six goals in only four top-flight appearances for his new team at Villa Park, with three goals and three assists, attacking numbers that will surely make the rest of the Premier League sit up and take notice. 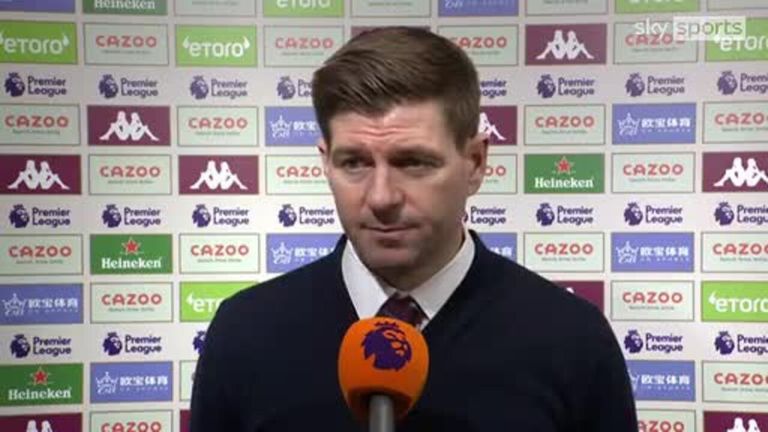 “I thought at times, with all due respect to everyone else on the pitch, that he (Coutinho) showed a level that was above the game.

“He really showed his form of old and it was a pleasure to be in the stadium.

“I thought his quality was of a high level. He could have gone for goal himself but set Douglas Luiz up for a tap-in and that shows what type of team player we’re dealing with here.

“Ollie went through and could have got Phil another assist but Fraser pulled off a top save from him. For me he was man of the match.

“At the moment, Danny [Ings] would be allowed to not be focused as his missus is on the verge of giving birth.

“But his focus in terms of being ‘all in’ and wanting to do the best for the team has been excellent.

“He was injured when we came in but now he’s in a good place physically and he did a lot of good things.

“He set the first goal up, he scored and the job he does for the team in terms of securing the ball is really important for us.”

Hasenhuttl: We were nowhere good enough 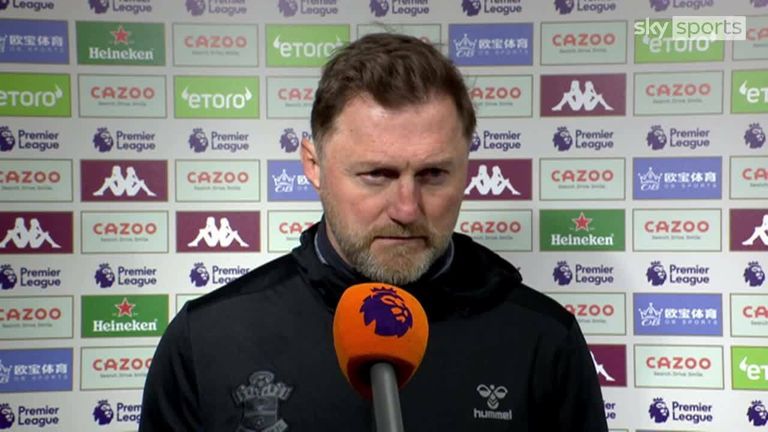 Ralph Hasenhuttl felt Southampton were not sharp enough and were unable to compete with Aston Villa as they were comprehensively beaten 4-0 in the Premier League.

“It was simply not good enough against a very aggressive home side.

“They wanted to turn things around at home and from the first moment, you could feel they wanted it more than they did.

“We’ve been on a good run, but this defeat is massive. Everything was not good enough today. In one game, all the bad things came together.

“I was also not so happy with our technical performance; we had big problems with (Philippe Coutinho) and the space he got.

“We weren’t aggressive enough and good football is not enough for us to win against such a team.

“Congratulations to Villa, they were simply better than we were. Now we have a chance to build another run and this is what we will try.”

Man of the Match – Philippe Coutinho

The quick-footed Brazilian was in one of those moods in the west Midlands on Saturday, with everything flowing through him, before being replaced to a standing ovation from the Villa Park faithful with nine minutes to go.

Coutinho played a part in the home team’s opener after exchanging passes with Danny Ings in midfield, before creating a rare goal on a plate for compatriot Douglas Luiz on the stroke of half-time.

And the playmaker capped off a fine display by deservedly getting on the scoresheet at the start of the second half, albeit with the help of a deflection, meaning the on-loan Barcelona player has now been directly involved in six goals in just four home Premier League appearances since joining Villa, including three goals.

Villa will return to Premier League action on Thursday 10 March at 7.45pm when they play Leeds, while Southampton will face Newcastle on the same day at 7.30pm.