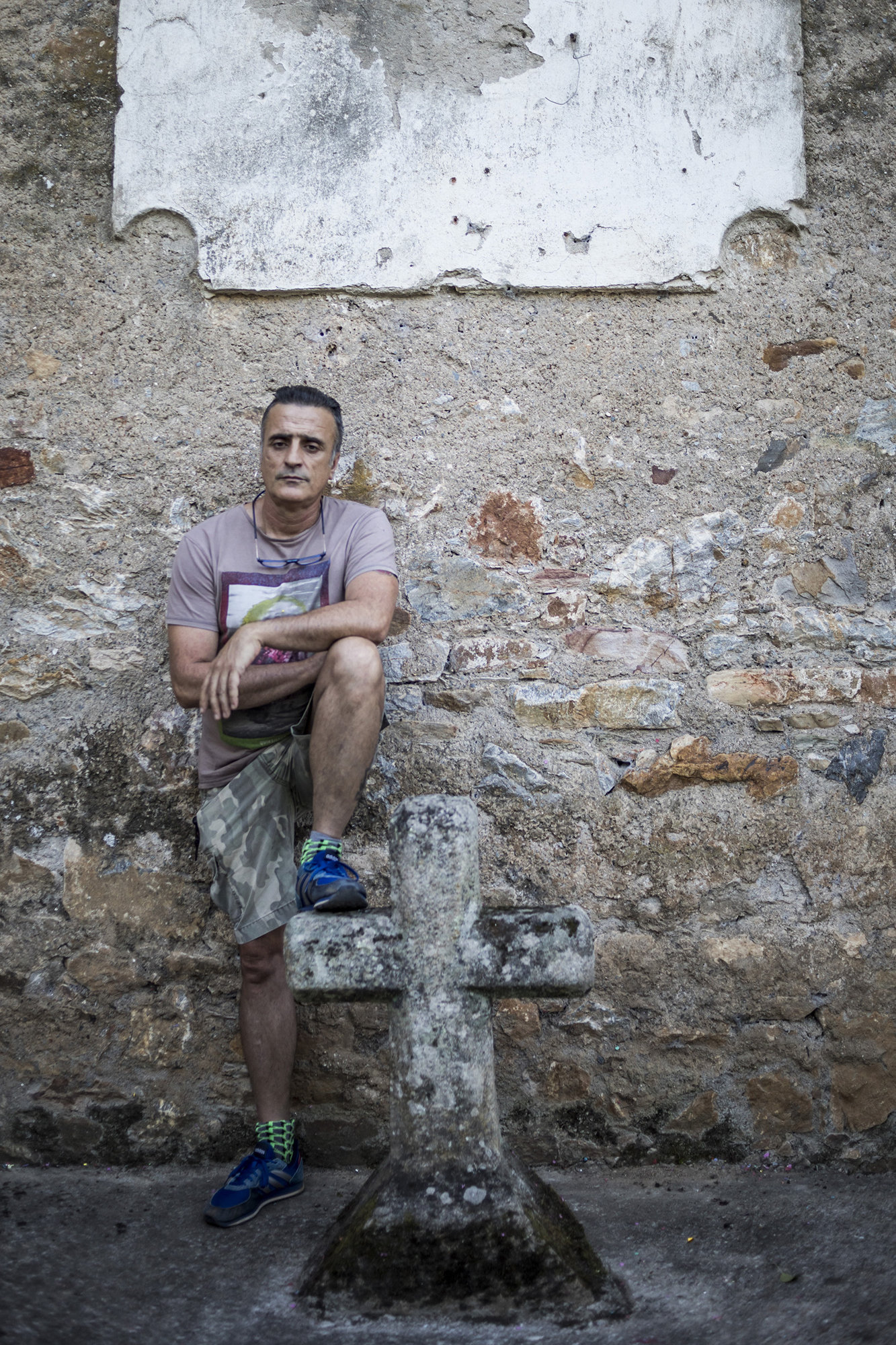 The torture that ruined the life of Emiliano Álvarez has ended after almost five years, after his complaint in February 2017, with cold apologies on WhatsApp. This man from León was only 10 years old when the priest Ángel Sánchez Cao subjected him to sexual abuse in the Minor Seminary of La Bañeza (León). Then she led a life of drugs, prostitution, mistakes that she attributes to the trauma she suffered. 45 years have passed until the Church has recognized the facts with a canonical condemnation of the priest and has excused itself in an “impersonal” way, according to the affected person: a WhatsApp and a call from the person responsible for the care of the victims of the diocese. This is the message: “Good morning. I have called you to inform you of the result of the investigation of the complaint submitted by you, in order to communicate the result personally. The Rev. Sánchez Cao has been sentenced to the prohibition of having contact of any kind with minors up to the age of 80 and not being able to hear a confession except in the cases provided for in c. 976. The diocese reiterates its request for forgiveness and reiterates its commitment to continue working for a safer Church. At your service. Atte”. This newspaper has tried to obtain the version of the bishopric and has not received a response.

Insufficient apologies and insufficient punishment, considers Álvarez, with a vivid memory of what happened those nights between 1976 and 1978, when the accused and other priests went down to the children’s rooms and subjected them to abuse. He was ten years old and has the memory of waking up at night to a man in gold glasses taking off his pajamas and pointing a flashlight at him. He relates that he had a “terrifying” experience of abuse that was repeated for two years, and that he was not the only one.

He states that both he and another colleague with whom he filed a complaint have received the same response. “It is a joke in bad taste that they communicate to me such a serious and harmful thing for me and my family environment, although they have recognized me as a victim of the Church,” he reasons. Encourage all those who suffered religious abuse dare to denounce, no matter how difficult it may be. In their case, Father Sánchez Cao sued them for “infamies and slander,” with which he tried to “intimidate them,” says Álvarez. The case was later shelved. The priest took two years to be separated, in 2019, after new complaints, and continued in the Barco de Valdeorras parish, in Ourense, even with contact with minors. “He would have to be out of the priesthood for everything he did,” says this victim. For the complainant, the penalty is “light because who knows if they are going to monitor him.”

The La Bañeza seminary was also the scene in the eighties, a decade later, of the abuses of another priest already convicted in 2018, José Manuel Ramos, who sexually abused at least four children. He was also accused of pedophilia in the 1970s at the Juan XXIII school in Puebla de Sanabria, Zamora. However, the sentence was carried out in secret by the bishop of Astorga, Juan Antonio Menéndez, who allowed the priest to be honored that same month in Tábara, Zamora, the town where he was parish priest. Menéndez, who died in 2019, was highly questioned for his handling of these abuse cases. However, he was the president of the first anti-pedophilia commission of the Spanish Episcopal Conference (CEE), created in 2018. In February 2017, some thirty former students from the La Bañeza seminary took to the streets before the doors of the Astorga bishopric to report cases of pedophilia. His predecessor in the Astorga bishopric until 1994, Antonio Briva, is also suspected of covering up and transferring priest José Manuel Ramos on two occasions.

The EEC asks the victims to report to their offices, but the experience of Álvarez and many others affected is “humiliating.” He regrets that, as in his case, the attitude of the now condemned priest and the reluctance of the Catholic Church to intervene undermine the will of those who have considered denouncing: “How eagerly are you going to report a victim.” He feels “dispatched” by the religious institution, which maintains a person “who does not respect its values, it is incomprehensible because when he could tell the truth he dedicated himself to attacking us.” Forgiveness, says Álvarez, is insufficient and not very credible because it is “forced and outrageous, it reveals a lack of respect.” He applauds the fact that in France an independent commission of inquiry has announced that there are some 330,000 victims of sexual abuse carried out by religious men, an intervention that he believes is necessary in Spain, although with the difficulty that, in his opinion, being “a tambourine country” implies.

Emiliano Álvarez at least celebrates that he has finally been granted “the condition of victim”, but this status is very scarce with respect to the necessary “reparation” that no one has told him about, since the Church “is not for the work” . Nor, he says, did the Episcopal Conference’s Office for the Prevention of Sexual Abuse of Minors give him more answers or assistance than the WhatsApp message collects. This victim values ​​the Church’s decision to investigate the report prepared by EL PAÍS with 251 cases and delivered to the Vatican on December 2. “It is a step forward that Pope Francis is brave to put the Church in a bind and investigate. I appreciate that he makes things clear, I think he wants a clean Church but in Spain they are dirtying it ”.

If you know of any case of sexual abuse that has not seen the light of day, write us with your complaint to [email protected]