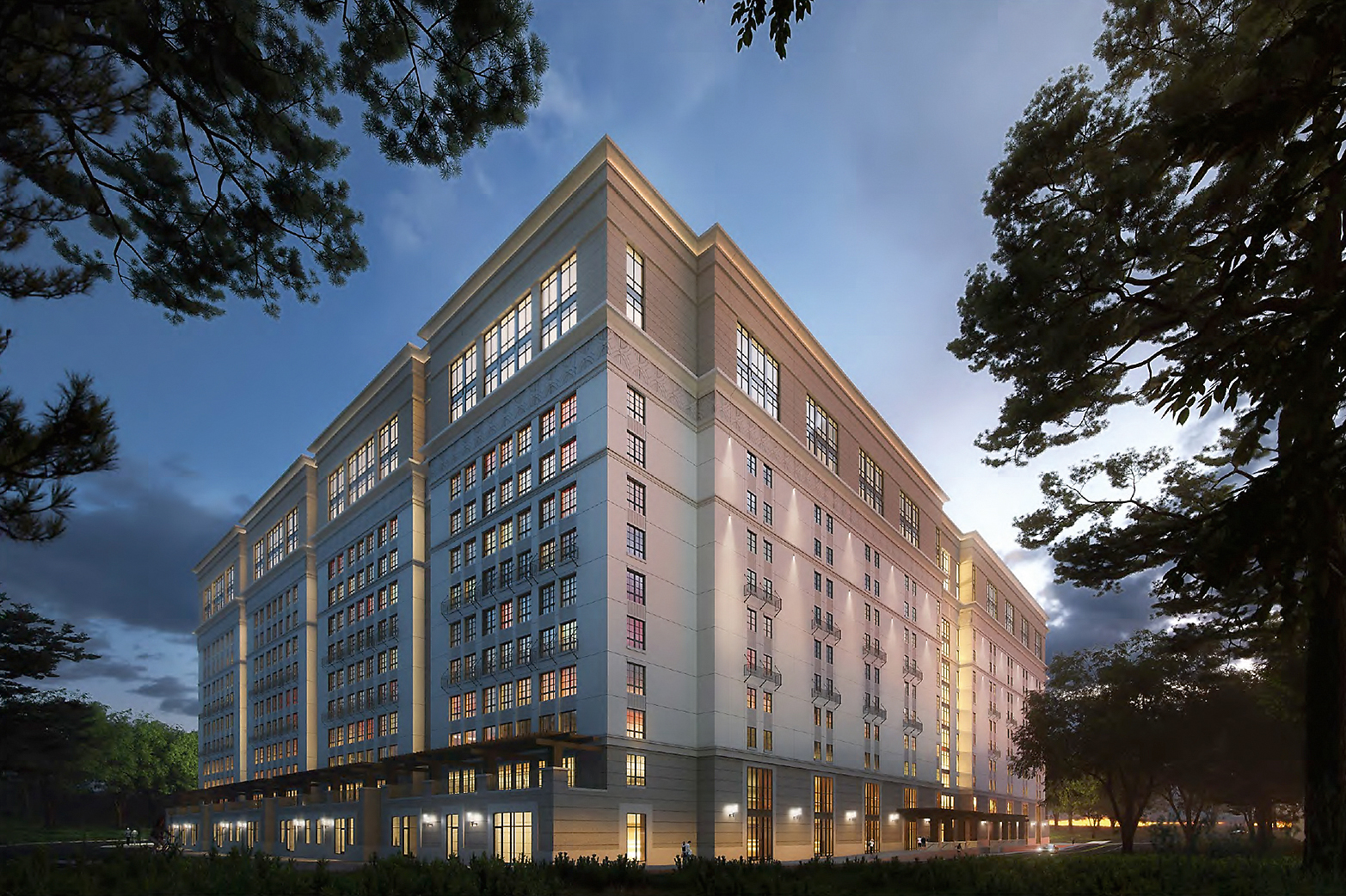 Gulag, factory farm, prison, Dormzilla. This is how students, architects and media have described Munger Hall, an unbuilt project at the University of California, Santa Barbara (UCSB). It will cost about 1,500 million euros and will host 4,536 students spread over 11 floors and individual rooms with artificial lighting. Designed by billionaire Charlie Munger, the idea has been described as an attack on human rights. What must people endure in the name of space optimization?

The plans had gone unnoticed until they went viral in late October when Dennis Mc Fadden, one of the architects on the university’s Design Review Committee, resigned in protest. “It is a social and psychological experiment with unknown impact,” McFadden wrote of the building, which will not take advantage of the natural light and sea breeze of Southern California and will instead rely on electrical ventilation and lighting systems. Each floor will have eight independent zones divided into eight floors, each with eight bedrooms, two shared bathrooms and a common space. Critics point out that in addition to the attack on energy efficiency, and the safety and health of residents, the building will damage the aesthetics of the city (Goleta).

Charlie Munger, vice president of the Berkshire Hathaway investment fund, has developed a fondness for creating unconventional buildings over the past decade. The 97-year-old magnate, who has already participated in the design of other student residences, donated 200 million euros to UCSB in 2016 on the condition that he lead the project. The institution has defended on its website that Munger Hall will favor the use of huge common spaces that intensify “social interactions and collaboration between students” and will solve the university’s housing problem.

Students can take more than an hour to get to class or even sleep in their cars. This has led the university to pay hotels in the area to host them.

Atmika Lyer, a journalist in Santa Bárbara, explains by phone that the crisis has been flying over the area for years, but COVID-19 has exacerbated it. According to UCSB, gentrification is due to more and more college students from other universities and telecommuters moving to the area. For the city of Goleta, on the other hand, UCSB has breached the contract by which it promised to create new homes to satisfy the increase in new registrations. He has filed a lawsuit against UCSB.

Urban planner Nolan Gray defended in Bloomberg that Dormzilla – scheduled to open in the fall of 2025 if it gets approval from the California Coastal Commission – is possibly “the only solution” to this housing problem. Not in the eyes of the students. The representative of the university students has resigned from the Munger Hall committee, and students and teachers have taken to the streets to paralyze the project. Cassandra Ensberg, a member of the Santa Barbara Association of Architects, who has also joined the protests, warns: “The shortage of affordable housing is a global problem. Munger Hall will set a precedent. “