Skip to content
Home News A reputation under fire: How the UAE’s safe haven image is challenged by Houthi attacks 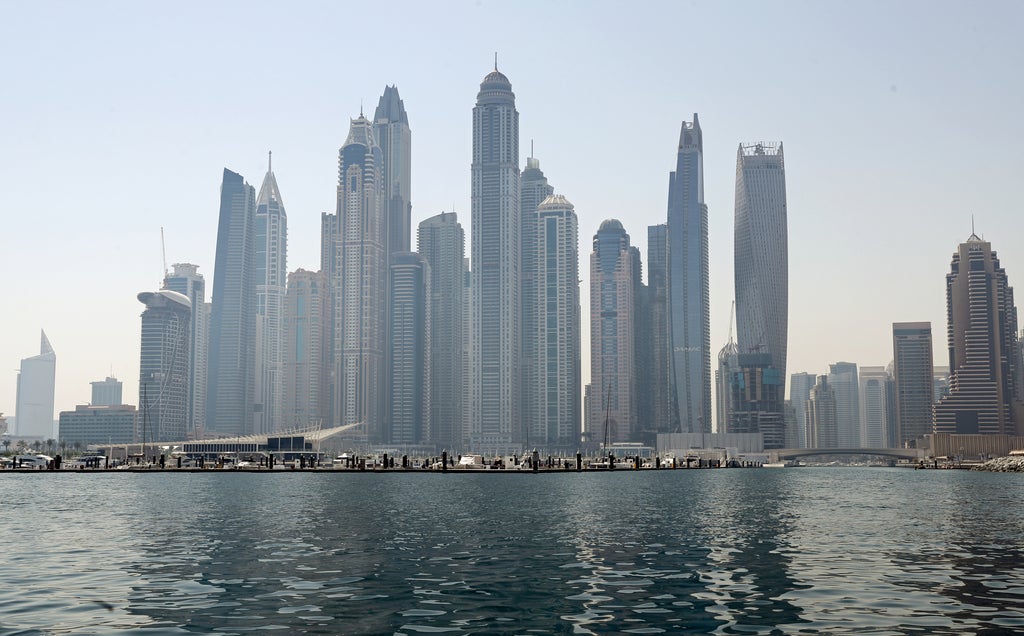 For years the United Arab Emirates has positioned itself as a rare business and tourist safe haven in one of the most tumultuous regions in the world.

But a recent string of long-range missiles fired by Houthi rebels has brought the frontline of the war in Yemen all the way to the shores of the popular holiday destination.

The Iran-backed Houthis have been fighting Yemeni government forces, and an allied Gulf military coalition, since 2015 after seizing control of the country.

The Emirates, which withdrew most of its forces from Yemen in 2019, has maintained support and training for Yemeni proxy forces who in January scored victories against Houthis including recapturing energy-rich Shabwa province.

And so, the UAE became the target of Houthi’s cross-border missiles and drones in the same month.

Since the start of the year, the rebel group has claimed three attacks on the Emirates aimed at Abu Dhabi’s busy airport and oil facilities, killing three people working for oil giant ADNOC. It triggered Emirati and US air defense systems and even saw American troops stationed in the UAE briefly taking shelter.

A fourth copycat attack was claimed by a separate, little-known Iraqi group called The True Promise brigades, according to the US-based SITE Intelligence Group – prompting concerns that other aligned groups might also follow suit.

The attacks, though largely failures, occurred during peak winter tourism season for the UAE and during major diplomatic visits, including the first-ever visit by an Israeli head of state.

Analysts warn that if the attacks continue there is a risk they could tarnish the Emirates reputation of its territory being an island of “prosperity and peace”.

They have already prompted new and (previously unthinkable) travel warnings from the United States and the United Kingdom, which cautioned that further attacks are very likely and that “there is a possibility of an increased threat against Western interests, including against UK citizens”.

Washington separately said last week it would supply the Gulf state with anti-missile systems, a destroyer ship and a squadron of F-22 fighter jets.

US Marine General Frank McKenzie, who oversees US forces in the Middle East and is the head of Central Command, traveled to the UAE on Sunday for talks on efforts to bolster the Gulf state’s defense system. I have admitted that the attacks are “very worrisome for the UAE”.

Inside the Emirates, the population does appear on the edge.

An explosion and building fire on Tuesday night near a central residential area of ​​Abu Dhabi prompted a wave of panic online of another Houthi missile strike, just as thousands of football fans descended on the city from around the globe, including Chelsea fans from the UK, for the Club World Cup.

The authorities later said it was caused by a faulty gas cylinder blowing up. But the level of speculation and alarm speaks volumes about a rattled nation.

Prominent Emirati analyst Abdulkhaleq Abdulla, admitted that the UAE was not used to attacks like this and its borders had not been penetrated in recent history.

But he was upbeat saying that “literally and figuratively it was business as usual at the moment”.

He pointed to the latest Dubai tourism statistics showing that in 2021 nearly 7.3 million overnight visitors came to the emirate alone, which although half the visitor numbers of pre-pandemic 2019, is still a 2.3 million increase on 2020.

“It shows zero economic impact, zero political impact and zero military impact these attacks have had,” he told The Independent.

“The people in the UAE are shrugging off the Houthi attacks… which are a sign of desperation.”

A lot is at stake. Data suggests that the Emirati tourism industry – with Dubai at its heart, loved by Westerners seeking unseasonal sun, social media influencers and reality TV stars – is not only booming over the peak winter period but outstripping other countries still reeling from covid-restrictions.

On the ground, beaches, restaurants and hotels remain packed. The statistics for January have yet to be released but it is clear Dubai remains a post-pandemic holiday hotspot.

Experts say that the impact of the Houthi missile threat has not “really cut through yet’.

“I think that concern about the attacks is a literal Twitter storm in a teacup so far,” said David Roberts, a Gulf expert at King’s College London.

“But at the moment I don’t see it as being any kind of game-changer until something significant is hit.”

That said, if Houthis make it a policy to hit out at the UAE when under threat, then that might change.

“Eventually if these attacks continue then clearly the UAE is running a serious risk of taking a severe repetitional hit. But I suspect we are not there yet. “

He said one of the biggest impacts of the Houthi attacks on the UAE and Saudi Arabia (specifically the 2019 strike on Saudi’s two largest oil processing plants) was on the belief that the US would always have their back.

“The Gulf monarchies have luxuriated under this magical US defensive shield, but it is the emperor and his clothes,” he told The Independent.

“They have fundamentally misunderstood US engagement. It has been predicated on this misconnection that they are cocooned in US protection.”

Although the US is in the UAE for talks on bolstering defense systems, it may not be enough to prevent all the missiles from hitting.

It is clear that as the Yemen war drags on, the front line is ever closer.