Skip to content
Home News A perfect, robot-carved copy of the Elgin Marbles will never hold the same magic as the original 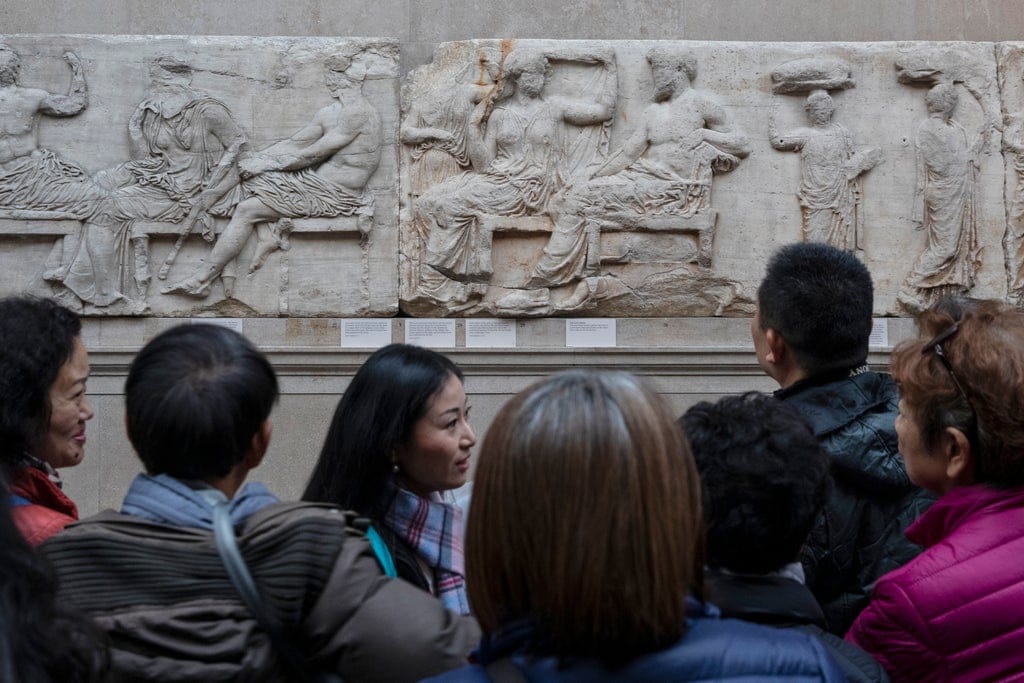 The last time I went to the Louvre, some years ago now, I spent a good half an hour looking at one masterpiece: Leonardo’s Virgin of the Rocks. It was a truly emotional experience, repeated – but to a lesser degree – some years later while standing in front of the London version of the same painting at the National Gallery.

The interesting thing was that I was able to have my personal encounter with the Louvre masterpiece virtually undisturbed, while all the crowds swiftly moved on to pay homage to one of the most reproduced works of art on the planet: the Mona Lisa.

Of course, I had been standing in front of the Mona Lisa for a good 10 minutes too, and despite knowing the painting almost by heart due to its ubiquitous presence in the media, there was something magical about being there, in front of the real thing.

Back in 1936, the philosopher Walter Benjamin called this an “aura”, adding that “even the most perfect reproduction of a work of art is lacking in one element: its presence in time and space, its unique existence at the place where it happens to be”. It doesn’t matter how many times and how many reproductions of the Mona Lisa you will see in your lifetime; the real thing will still have a kick of its own that no copy will ever achieve.

This irreproducibility of the aura of a work of art is the reason why I have not been impressed by the recent proposal by Roger Michael, director of the Institute for Digital Archaeology, to replace the Elgin Marbles in the British Museum with millimetre-perfect copies. These copies will be carved by a robot from blocks of the same Pentelic marble used by the Greek sculptor Phidias and his assistants almost 2,500 years ago.

Michael has found a solution to the 200-year old dispute between Greece and the UK – just make some high-quality casts and ship the originals off to Athens. Simple, right? It’s actually anything but.

Last week, his request to document the Elgin Marbles with handheld 3D cameras was rejected by the British Museum. The museum has not disclosed the motivations behind this refusal.

Roger Michael has already announced his intention to bring the museum to court over the decision. His plan of him must not be stopped by the museum’s “arrogance and snobbishness” – they should just content themselves with his technical marvel of him instead.

But can a copy of a work of art fully replace the original? To answer this question, we can look at Nashville, in the great state of Tennessee, USA. The city, called the “Athens of the South” for its rich offering of educational and cultural institutions, boasts a full-scale replica of the Parthenon, fully kitted with pedimental sculptures and a 42 ft chryselephantine statue of Athena in its sanctum.

The Nashville Parthenon, built on the occasion of the 1897 Tennessee Centennial Exposition, is visited by more than 300,000 people a year. This attendance, which is not half-bad for a fake Greek temple, cannot however compete with the 3.6 million annual visitors of the real Parthenon in Athens. The building is little more than a curiosity, an educational prop at its finest.

You can buy a perfect copy of the Mona Lisa, but everyone will agree that nothing will ever match the real one. Part of this is due to what Benjamin was saying: to be the centerpiece of the Renaissance wing of the Louvre is part of the deal in the way we experience this pinnacle of Leonardo’s genius.

The same goes for Phidias and the British Museum. Those items of Greek sculpture in the Duveen Gallery are not just fragments of the Parthenon anymore. They are Phidias plus London, but they are also the famed Elgin Marbles, with all the heavy baggage of adventure, dispute and inspiration that comes with them.

Those who choose to see only where the Marbles came from, and ignore what they have become in the last two centuries, are betraying their essence. They have now become a new monument, with their own dignity, and their own aura.

Geoffrey Robertson, the famed human rights lawyer who wrote a passionate book to make the case for restitution of the marbles to Greece, made an observation whose power he himself may have underestimated. Talking about the difference between originals and copies, he wrote: “It is the difference, I suppose, between hearing a famous rock group and a rather good tribute band – in the latter case, something is missing: the awe of authenticity”.

This is the very reason why the Nashville Parthenon is not the Parthenon, and the perfect copies of the Elgin Marbles made by Michael’s robo-Phidias “with human touch” will never really be surrounded by the aura of the sculptures brought to London by the Earl of Elgin, that same aura that the British Museum is being quietly protecting – for all of our sakes – for the last 200 years.