Skip to content
Home News ‘A light at the end of the tunnel’: Homeowners and families welcome relaxation of visitor restrictions 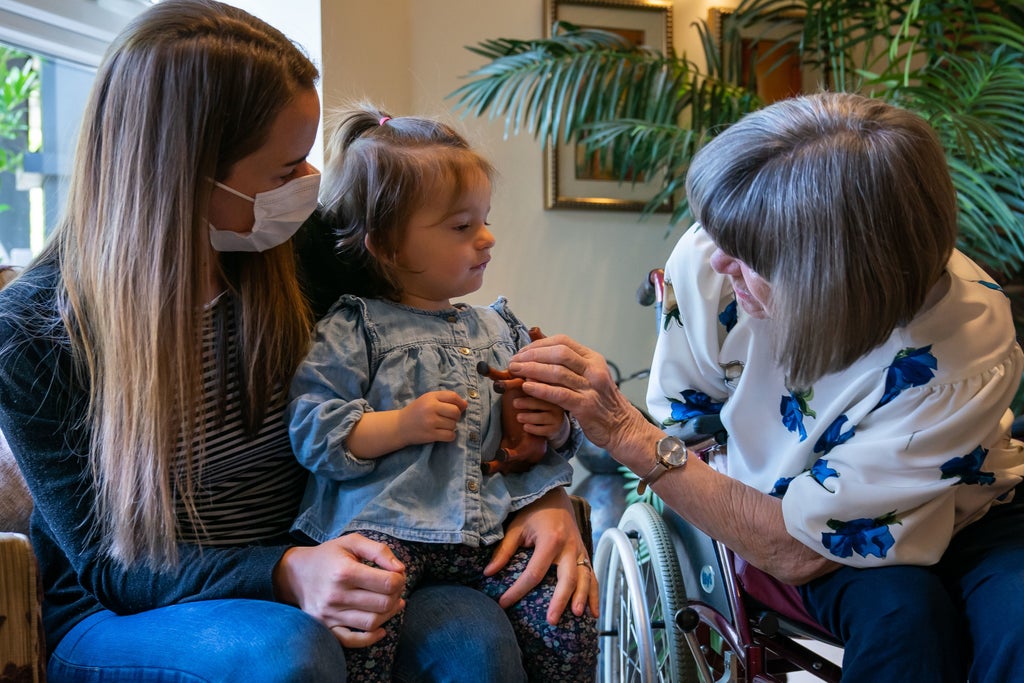 Families and social care bosses have hailed a “huge step forward” towards ending the pandemic after the government announced an end to restrictions on visitors to care homes from Monday.

Limits on the number of people who can visit nursing homes will be eased from next week and self-isolation periods for those who test positive for Covid-19 will also be reduced.

If a residence discovers a coronavirus outbreak (defined as two positive cases), they will only have to implement control measures for 14 days, not 18.

Nursing home owners reacted positively to the news on Thursday, but warned that changes would have to be made gradually. Family rights organizations expressed concern that although the government’s guidance might be changing, households could still apply restrictive measures if they saw fit.

Jenny Morrison, co-founder of the family group Rights for Residents, said she was concerned nursing homes could be stuck in a “continuous 14-day cycle of closures” if Omicron was detected, calling on the government to shorten the period to five days. to match the rest of the country. But she greeted the news as a “great step forward in restoring the human rights of those living in nursing homes.”

Diane Mayhew, also from the organization, reacted to the news by saying: “I could actually cry with relief.”

“Most nursing home residents have been triple vaccinated, we use PPE, there’s no reason why this shouldn’t have happened sooner, and I couldn’t be happier,” he said. BBC Breakfast.

Lucy Craig, managing director of three care homes in the northeast of England, said The Independent: “The impact on my elderly resident’s mental health of reduced social interaction, lack of family involvement, has been so detrimental to everyone that I would have had people come back to the house months ago.

See also  UFC champion Charles Oliveira: 'Even with my illness, I always believed I could achieve any dream I had'

“Our lives changed when we were vaccinated and that was months ago,” said Ms Craig, who cares for people with dementia, who “isolation has crucified” her residents as they have been left without entertainment, social interaction and stimulation. .

Families will now have to reestablish connections with their loved ones, he said.

Jayne Connery, of the family rights group Care Campaign for the Vulnerable, said she was afraid care homes weren’t following the guidance.

“We are heartened to learn that they have reduced isolation periods,” he said, but described the new announcement as “sensitive” and said: “We are cautious with optimism, but we are seeing an absolute lack of support. of this government for the care sector”.

Beverly, 64, who declined to give her last name, said her mother Betty’s care home told families yesterday that they would now be allowed one hour-long visit a week in a designated room in the home.

“When mom was there for the first time, you could come in, sign the book and walk around. That is no longer the case. You have to book in advance; reserve an hour if you want a face-to-face visit and half an hour if you want to see people in a pod.”

She said the Staffordshire care home was struggling to get all families able to have visitors due to staff isolation.

Jane Roberts, owner of Rosebank Nursing Home in Bampton, Oxfordshire, felt more positive about the changes, saying: “It seems there is light at the end of the tunnel, there really is.”

See also  The pain of parenting a child with mental illness

She said her household would approach the new guidance “slowly and cautiously” but said vaccines have “changed the ball game.” Ms Roberts added: “I had five residents who were recently affected by Omicron and one of them was 100 years old.

Mike Padgham, managing director of Saint Cecilia’s Care Group, said they would have to “handle the demand coming in from Monday” through “staggering” family visits. He warned that staffing levels were at the lowest he had seen in three decades, saying: “We want to open up, but we ask the public to be a little patient with us as we get into a routine.”

“We appreciate the changes, but this really brings us back to where we were in November,” said Helen Wildbore of the Family and Residents Association. “We need a plan for when nursing home residents are no longer living under restrictions and when they have the freedoms that the rest of the public has.”