Skip to content
Home News A judge investigates a suspect in the murder of Helena Jubany, committed 20 years ago and about to prescribe | Catalonia 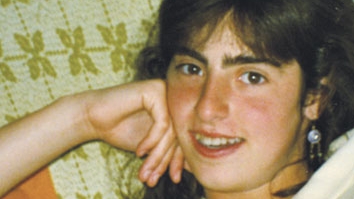 The magistrate of the Court of First Instance 2 of Sabadell (Barcelona) has agreed this Wednesday new proceedings and has summoned to declare a suspect as being investigated for the murder of Helena Jubany, the 27-year-old librarian murdered in 2001. In a car, the judge has transferred an expert report provided by the private prosecution to the police who are investigating the hard drive of Jubany’s computer. He has also agreed to make a calligraphic comparison between the suspect’s handwriting and the manuscripts that the victim received at the time.

The judge has assured that there are new elements of evidence to reopen the case (when there are a few months until the prescription of the facts), after the Jubany family warned in an expert report that the suspect sent an email to the victim on May 17, 2001, a “novel, useful and relevant” event, since it was not included in the case. “The content of the email presents a clear and direct connection with the anonymous text received by Helena Jubany, on October 9, 2001, and which is linked (due to the presence of benzodiazepines in orange juice) with her death “, has added.

The magistrate has detailed that the email also made reference to two elements that also appeared in the anonymous text, and has considered that “the coincidence could not be accidental.” Thus, in the first anonymous note an horchata was attached (a drink that the suspect knew the victim liked), and in the second anonymous note there was reference to future excursions of the Sabadell Excursionist Union (UES) and the improvement of English, issues that were part of conversations between the suspect and the victim.

After the second anonymous, Jubany commented with a friend that she was suspicious of the now being investigated, and the judge has stated that “the email provided is a new and relevant indication to be able to conclude – provisionally and incidentally – that the investigated could have drafted or dictated the content of, at least, the second anonymous ”. For this reason, the magistrate has proceeded to “attribute to the suspect the status of being investigated in the case.”

The only defendant at the time, Montse Careta, committed suicide in prison before being tried. The issuance of two reports last year by the events program Crimes, from TV3, where a police officer who investigated the case directly accused one of those investigated in his day, Santi Laiglesia, who was later exonerated, of the crime, supposed a small earthquake. The documentary served to awaken memories and pull the tongue of some people, to the point that the Court of Instruction 2 of Sabadell decreed the reopening of the case, which the defense of Santi Laiglesia appealed.

The Barcelona Court, however, revoked the reopening of the case last February. The court then unanimously considered that the new proceedings ordered by the investigating court 2 of Sabadell to “reevaluate the incriminating burden of the evidence that were already assessed at the time are” useless “. And he concluded that they suffered. of “culpabilistic insufficiency”. Now, with the new proceedings open, the case is again reluctant to be forgotten.