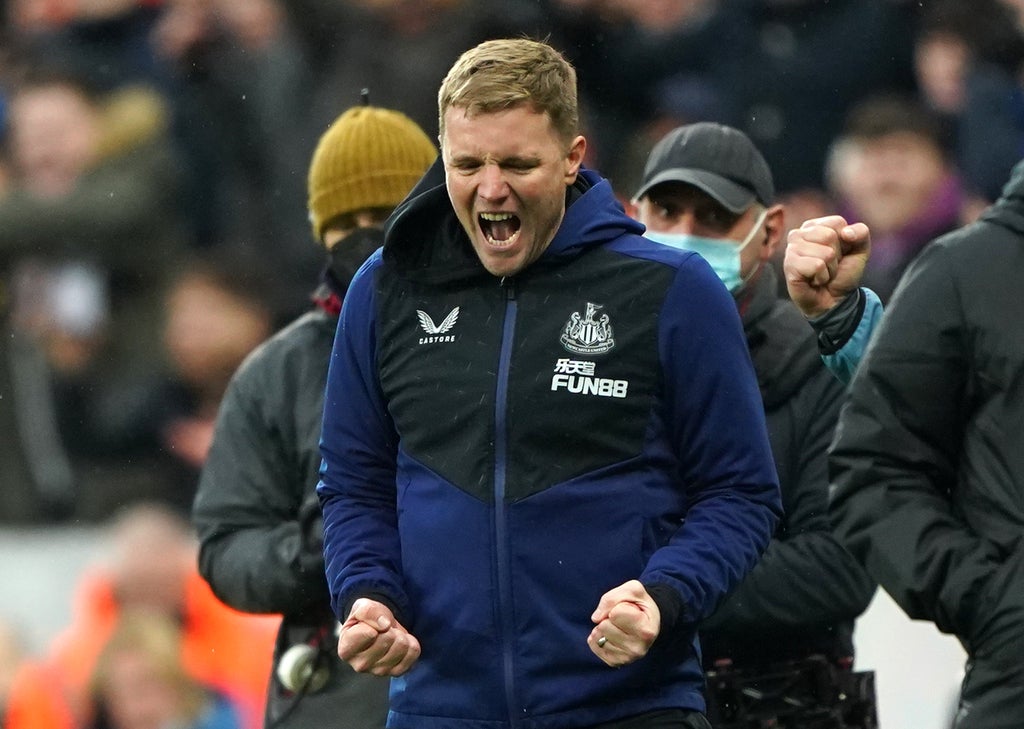 Eddie Howe knew he had a major job on his hands when he walked into St James’ Park to take up the Newcastle reins in November.

Mike Ashley’s departure as owner had left long-suffering supporters dreaming of a brighter future under Amanda Staveley’s Saudi-backed consortium, but knowing the very real prospect of relegation from the Premier League would hurl a spanner into the works.

A little more than three months on and, with the help of a £90million January spending spree, they have gained a significant foothold in the battle for survival.

Here, the PA news agency takes a look at what has changed:

The day Howe slipped into the hotseat, Newcastle sat in 19th place in the table, five points adrift of safety, the same number they had managed to collect from their first 11 league games. They have taken 16 from the 12 matches they have played since, 11 of them from the most recent five to ease themselves four clear of the drop zone. Perhaps significantly, two of their three league clean sheets to date have come in the last three fixtures.

Where under Ashley, Newcastle looked for potential they could later sell on at a profit, they have invested in proven talent under their new owners. England full-back Kieran Trippier, who is facing weeks on the sidelines after fracturing a metatarsal during Sunday’s victory over Aston Villa, looks a steal at £12million, while £13million defender Dan Burn made an accomplished debut in the same game. Loan signing Matt Targett and £25million striker Chris Wood have also made an impact, while fans have so far only seen tantalizing glimpses of the exciting talent big money buy Bruno Guimaraes possesses.

If the new additions have been key to the upturn in fortunes, so too has the vastly improved form of several members of the existing squad. Skipper Jamaal Lascelles and Fabian Schar have added a vital solidity at the back, while midfielder Joe Willock has looked more like the man who starred on loan from Arsenal last season and Ryan Fraser has found both fitness and form. But no-one has been transformed more than £40million Brazilian Joelinton, who appeared lost as a misfiring striker, but has been reborn as a hard-running, ball-winning midfield distributor.

St James’ had become an angry place. Fourteen years of watching a club simply had existing battered supporters into submission. The mood changed instantly with Ashley’s departure and the excitement has simply mounted as performances and results have turned. The famous stadium on Gallowgate once again looks and sounds like a fortress, and that is a potent weapon in the black and white armory.

What does the future hold?

Howe and his players know there is no room for complacency as they attempt to maintain and build upon their recent run, a task which will be all the harder in the absence of new talisman Trippier. However, they have now sucked Everton, Leeds and Brentford into the relegation battle and Crystal Palace, Villa and even 11th-placed Leicester are within sight, something which seemed a distant prospect just a few weeks ago.