Skip to content
Home News A Canadian acquires the first SMS in history for 107,000 euros | Economy 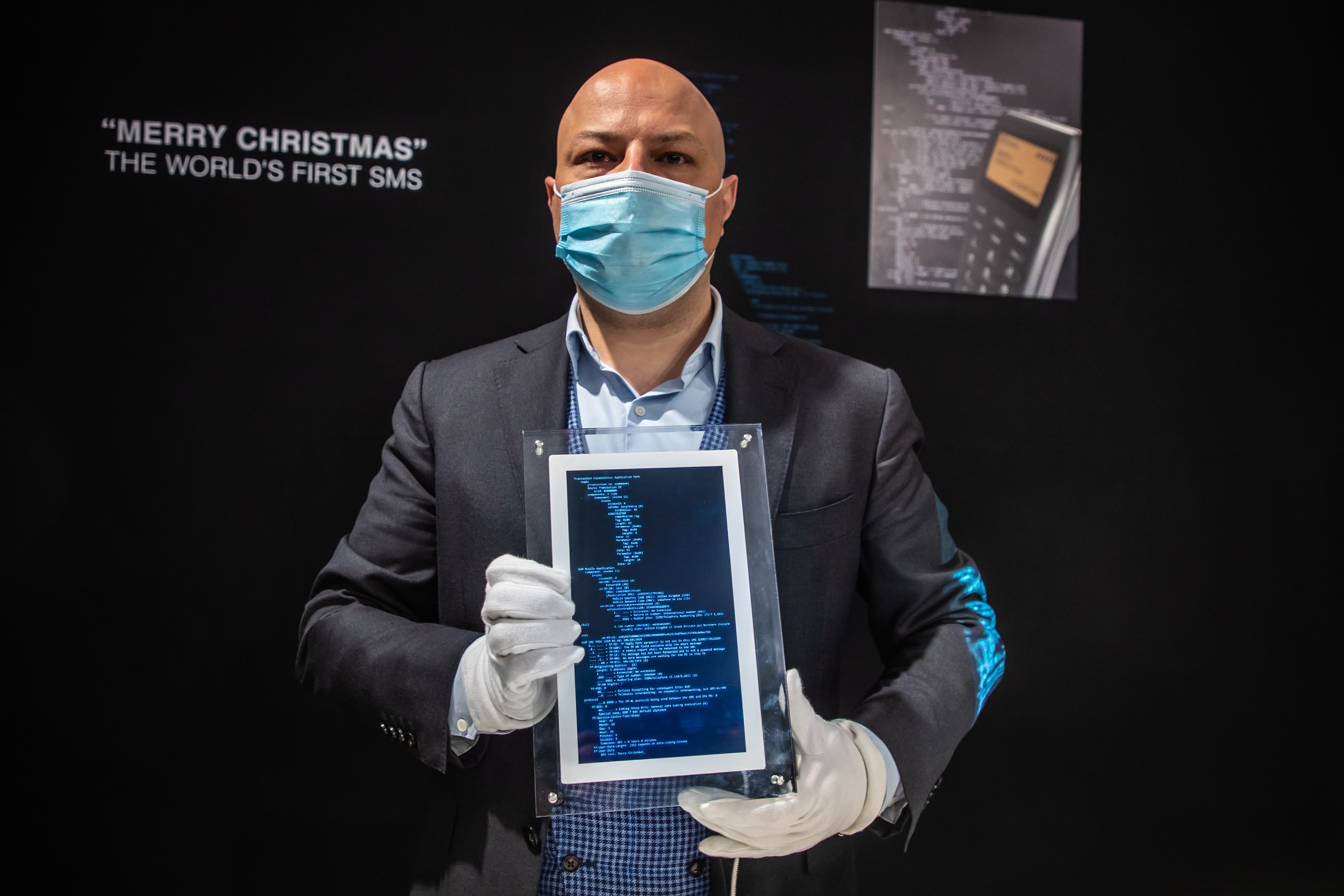 The first text message (SMS) in history, transmitted on December 3, 1992 by the telephone operator Vodafone, was sold at auction in Paris in the form of a digital code for 107,000 euros (about $ 120,000), according to the report. Aguttes sales house. The curious piece, presented on a tablet, was acquired by a Canadian who works in the new technologies sector and whose identity was not specified.

The buyer thus has a digital replica and the only original communication protocol that transmitted that telephone text message (SMS). Transmitted by Vodafone on December 3, 1992, the SMS consists of 12 characters and said simply “Merry Christmas” (Merry Christmas, in English). The operator programmer Neil Papworth sent the message to a colleague, Richard Jarvis, who received it while at the company Christmas party on his Orbitel 901 phone.

As the sale of virtual objects is not authorized in France, the Aguttes auction house, which organized the transaction on Tuesday, also associated the operation with a digital frame with a 3D animation showing the moment when the mobile phone received the SMS. . In addition, the profit from this sale, which the auction house had calculated between 100,000 and 200,000 euros, will be delivered to the UN Refugee Agency.

Although the first SMS was transmitted in 1992, the forerunner was the Finnish engineer Matti Makkonen who, in 1984, at an informal lunch, had the idea of ​​creating a messaging system for mobile networks. In those years, different European countries were working on the creation of the global system for mobile communications (GSM), a standard for mobile technologies to work equally across the continent. The working group liked Makkonen’s idea, so the German Friedhelm Hillebrand defined the initial protocol and established that the writings would be 160 characters long. In his view, enough to send efficient communications adapted to both the size of the screens and the capacity of the networks of the moment.

See also  An open-air cinema is touring the UK this summer: full list of venues and films

Initially, SMS was intended for operators to send service information to their customers. In other words, communication between users was not possible. These types of messages were called mobile terminated-short message (MT-SM). It was the Nokia company that developed the system as it is now known, with the mobile originated (MO-SM) that make it easy for any user to send an SMS to another, according to the blog of the operator Orange.

It was not until 1999 when the operators commercially launched the SMS service as an alternative source of income, in addition to the main business of calls, allowing SMS to be exchanged between users of different companies.

For technical reasons at the beginning and to increase revenue later, operators limited the size of SMS to 150 characters, long before Twitter made its 140 characters per tweet famous. Users began to perceive the advantages of this new system, which avoided calls, which were much more expensive, although SMS cost 25 cents in Spain.

To save characters, a new language was invented full of abbreviations, acronyms and acronyms that the young people made their own, but which aroused the ire of the language teachers and the Royal Academy itself. In 2007, SMS reached its peak. 15 million SMS were sent every minute around the world, and it was, by far, the most profitable service for operators, since its cost was close to zero as it took up hardly any bandwidth.

But the appearance of smartphones (smartphones) in 2007, with the first iPhone at the helm, which allowed Internet connection thanks to the new 3G networks, began to mark the decline of SMS. Messaging apps like WhatsApp appeared, whose main advantage over SMS was that it was free. The proliferation of instant messaging applications eclipsed SMS as a method of interpersonal communication and was its final highlight. So much so that they stopped being charged and began to be included for free in all the operator’s rate plans. There have been several attempts to resuscitate SMS but they have been unsuccessful.

According to the CNMC, WhatsApp is now the main form of communication for Spaniards: 64% send messages several times a day through this app. In contrast, only 2% acknowledge sending SMS. In fact, more than 60% of Spaniards never use this service.

However, companies and public administrations continue to prefer SMS to WhatsApp due to its greater degree of security and reliability. Banks have generalized their use to confirm payments online and the public authorities use them for all notifications to citizens, from the notice of a fine to the appointment for the covid-19 vaccine.