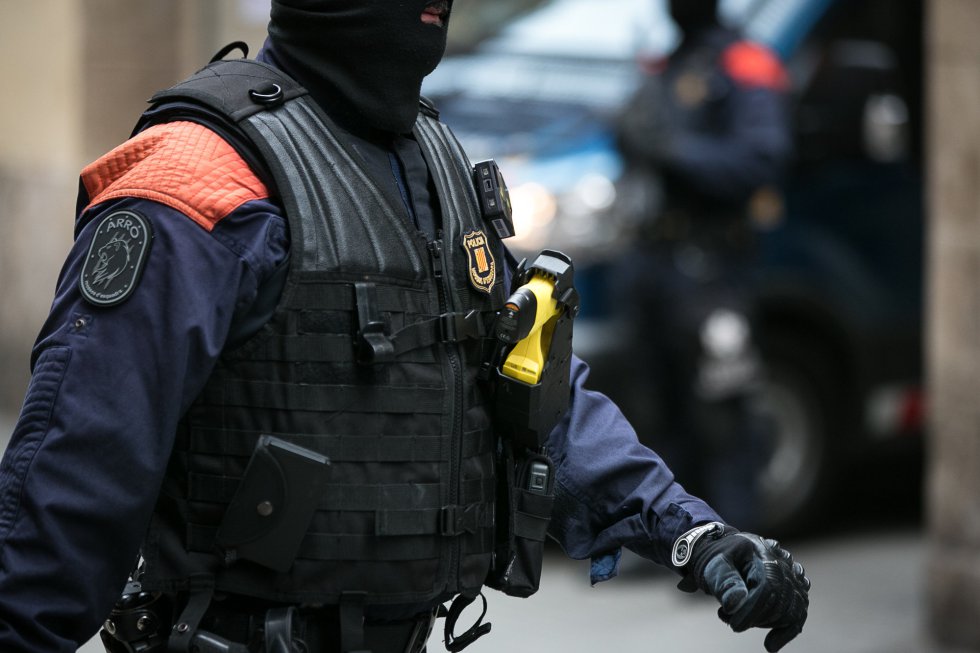 The magistrate of Badalona’s court of instruction number 2 investigates the death of a man who was reduced by the Mossos d’Esquadra with an electric taser gun and who died 24 hours later in the Can Ruti hospital. While waiting for the results of the autopsy, the director general of the Catalan police rushed to highlight this Thursday that the police intervention was correct and appropriate to the protocol while entities in defense of human rights and parties such as the CUP again demanded the elimination of the use of this type of weapon implanted in the Catalan police since 2018.

At 3.30 pm on November 26, a woman called the Mossos d’Esquadra by phone, warning that her 38-year-old son was totally out of his mind, aggressive, and that he had locked her and her husband in a room and he threatened them with knives. The man had a history of substance use and mental problems. When the Mossos arrived at the home – at 253 Marquès de Montroig avenue in Badalona – the attacker had blocked the door with furniture, for which they had to access the apartment through a neighbor’s balcony. In order to immobilize the aggressor, the agents applied several shocks with the taser pistol. Then, as established in the protocol, he was transferred to the Can Ruti hospital. The man died on Saturday night and it was just the next day that the magistrate opened an investigation to clarify what happened. None of the Mossos that participated in the intervention has been charged, for the moment.

Before checking the results of the autopsy, the general director of the Mossos d’Esquadra, Pere Ferrer, assured this Thursday that the agents acted following the protocol. In an interview on Catalan public television, Ferrer stressed that it was not the first time that the Mossos had come to the aforementioned address for an incident of this type and the police director explained that they used the taser after several warnings from the agents to the aggressor. “The events happened on Friday, and on Monday we already had the recording studio and the events. The protocol has been applied correctly ”, asserted Ferrer.

See also  Mélenchon brings together the left vote with 20%

Since 2018, the Mossos d’Esquadra have this type of weapon, although only the person in charge of each shift has them. Which in practice means that there is at least one of these tasers for each police station. They should only be used in complex reductions when there is a risk for the agents, those affected or third parties and the weapon when it is drawn automatically connects a recording system and sends the images of what happened to a server.

The center for the defense of human rights Iridia has always been against the use of tasers. Iridia participated in the Parlament’s working group before the use of this type of weapon by the Catalan police was approved. One of the members of Iridia, Andrés García Berrio, continues to maintain that the taser should not have been implemented in Catalonia: “The use of the taser was generated in countries where there was a lot of use of firearms so that these interventions were reduced. This problem never existed here and the taser continues to be a very harmful weapon ”. According to Berrio, the damages that the electric gun can cause are diverse depending on the person: “A shock does not affect one person or another in the same way. The police also do not know the medical circumstances of the person on whom they apply the discharge. You can have heart disease, have taken drugs, medication, be a pregnant woman … It is a very high risk that is not justified given how little firearms are used ”.

The Mossos unions do approve the use of this weapon. Albert Palacio, spokesman for the USPAC union, maintains that at present the problem they are facing is that the “camera that is coupled to the taser does not always turn on as it should.” Palacio defends that it is “the middle ground between the gun and the defense and that, in most cases, it does not pose any health problem for the person.” Palacio maintains that there should be at least one taser in each police vehicle and claims that all officers have a staffing camera to record all interventions.

For his part, the Síndic de Greuges, Rafael Ribó, has opened an ex officio investigation to determine whether the Mossos used the weapon properly in the case of Badalona. Ribó has asked the Department of the Interior for all the information to know the results of the internal investigation that is being carried out. It is not the first ex officio action opened by the Catalan Ombudsman around the taser. In November 2020, he opened an investigation after some agents applied several shocks to a young woman at the entrance of a medical center in Sabadell. Ribó concluded that the agents had followed the protocol because there was a risk to the physical integrity of the affected person and third parties, but warned that the electric shock “was not adequate or balanced.” Last January the Catalan Ombudsman presented a report in which he demanded that the protocol for the use of electric guns establish the maximum number of times that these devices can be pressed safely.

The Mossos d’Esquadra have not provided EL PAÍS with the number of times the taser has been used since its use was approved in 2018, but there is only one suspected case of death after receiving a shock, which is that of Badalona. For its part, the CUP has demanded an end to the use of tasers by the police, understanding that they are “lethal weapons” that “should never have been authorized.” In a statement, the anti-capitalists have denounced the “lack of regulation and control surrounding these weapons” whose use implies a “violation of fundamental rights” and a “risk to health and life.”

The leader of the commons in the Parliament, Jéssica Albiach, has asked to review the use of tasers and adapt it to “international standards”. In an interview with Onda Cero Catalunya, he described these pistols as potentially lethal, and called to “comply with what is approved in Parliament and update their use.”