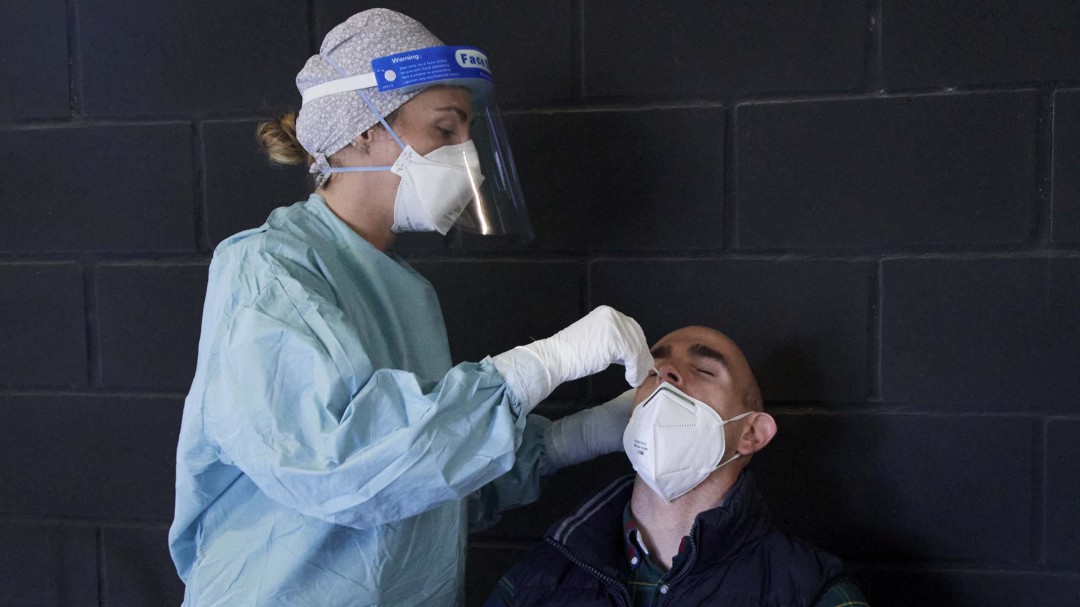 60% of the cases detected in the Community of Madrid belong to the new variant of COVID, omicron. This was announced this Friday by the Minister of Health, Enrique Ruiz-Escudero, who has also advanced that the accumulated incidence (AI) has risen again notably in the region in the last 24 hours, specifically, 89 points to reach 480 cases . A week ago, last Friday, the AI ​​stood at 199 cases, so it has increased by more than 200 points in seven days.

Ruiz-Escudero attributes this spike in infections to the influx of people who moved through the community last week, during the Constitution bridge, where images of crowded streets, full restaurants with reservations and high hotel occupancy were seen. He also ensures that the new variant of COVID, omicron, is another cause of the rise in the curve.

At the moment, the pressure on care in hospitals resists. In the last Health report there were 736 admitted, of which 152 were in critical condition. Seven days before there were 651, which represents an increase of 13% to one week seen. The new positives have also experienced a significant increase to 6,150, a figure that had not been noted since July, at the height of the fifth wave. This afternoon the data will be updated again.

Despite this rebound in the sixth wave in the Community, Ruiz-Escudero insists that it is not necessary to apply more restrictions for Christmas and maintains that the important thing is to continue advancing in the vaccination strategy. In fact, this Wednesday immunization began in minors between 11 and 5 years old in 25 hospitals of the Madrid public network.

See also  Commission to clarify crimes of the dirty war: The last chance for the truth in Mexico

Also those over 55 years of age may request an appointment to receive the third booster dose in the self-appointment system that is available on the internet and through the virtual health card. They can request it for 29 public hospitals in the region and for two vaccination courses: the WiZink Center, which is open from 9 am to 9 pm and for the Isabel Zendal Hospital, which is open from 8 am to 9 pm. In addition to these devices managed by the Community, there are another 17 available in the capital, which are managed by the City Council through Salud Madrid. In these cases, the appointment must be requested on the website of this municipal agency.

“Ómicron will be the dominant variant in two weeks”

Dr. Dolores Folgueira, a specialist at the Hospital Doce de Octubre in Madrid, has confirmed in the SER that the cases of the omicron variant “are growing from day to day”: “We have already seen it with the delta variant and it is not particularly surprising”. said in the newsletter Hour 14.

Folgueira has explained that he The first case detected in his hospital was on December 7 and it was already of “community transmission”. The positive is that they are “mild infections”.

This expert in mmicrobiology states that “most likely omicron will be the dominant variant in two weeks “and sends a message to the population:” LThe vaccine does not prevent contagion and transmission but it avoids seriousness. “He has also warned that” special care “must be taken with those over 70 years of age and has advised thatn Christmas “we must reduce social interactions.”