Gio van Bronckhorst is looking to the future after Rangers’ campaign has come to an end.

The Ibrox boss is likely to replace some key members of his squad as the ever revolving door of football is sure to be in action this closed season.

With key players including Alan McGregor and Steven Davis possibly vacating, there are sure to be huge boots to fill.

Gio’s Rangers side will be looking to come back even bigger and better after a successful season this campaign.

He’s promises a fresh start after signing off with the Scottish Cup win and it’s easy to see why with a number of stars out of contract and loans set to return to their parent clubs.

He said after beating Hearts: “Next season is new, we can start all over again. I can start from day one and we just have to keep on working.

“You will see in the transfer window what happens but you’ll see some changes. And it is.”

With a Scottish Cup trophy under their belts and a hugely impressive European run, there are huge expectations.

But who has played their final game in light blue?

Gio van Bronckhorst would have a huge hole to fill if Allan McGregor was to retire this year.

There has been much speculation over the 40-year-old’s future – especially given the fact he was brought on for the final minute of his side’s Scottish Cup Final victory on Saturday.

Despite now being out of contract, the keeper is refusing to rule out extending his stay at Ibrox.

“Nobody said that (it was my last game for Rangers),” McGregor told Premier Sports.

“I’m sure I’ll have a Rangers jersey on at some point in the future.”

But with the uncertainly remaining, the Light Blues boss will need to have a plan in place as Jon McLaughlin is his only experienced alternative.

Van Bronckhorst has remained quiet when asked about the future of Steven Davis.

The 37-year-old Northern Ireland captain is out of contract at Ibrox this summer, generating a major question mark over his Ibrox future.

Despite his age, the midfielder has proven himself a core squad player this season.

And Rangers legend Ally McCoist is calling his contract to be extended.

“I would keep him for another year, for sure. It’s not about age, it’s about whether you can make a contribution, and he certainly can.” Ally told Premier Sports.

Connor Goldson is likely to leave Rangers this summer as Gio van Bronckhorst has admitted a new contract is ‘unlikely’ for the defender.

Goldson has been a key player for the Light Blues domestically and in the Europa league, racking up more minutes than any other player this campaign.

It means his exit will leave huge boots to fill as GVB looks ahead to next season.

But with the pending arrival of John Souttar, it could be a straight swap.

Amad had a decent afternoon on Saturday before being replaced by Scott Wright towards the end of normal time during the Scottish Cup Final.

The Manchester United loanee is heading back down south after appearing just 10 times during his spell in Glasgow.

He has netted three goals, though.

Playing an important part in the Hampden clash showed that Diallo could be a miss in the Rangers squad.

But what are Gio’s thoughts in terms of a replacement?

After heartbreak in Seville, Aaron Ramsey may not be a fan favorite – although he did receive a warm ovation at Hampden.

With some injury troubles since his arrival at Ibrox, the Welshman hasn’t been able to play consistently.

But with the talent he has, he could be a huge asset for Van Bronckhorst going forward.

The Juventus loanee’s future remains uncertain though, as he heads back to his parent club for now.

Reports in Italy have even claimed he will be released as Juve look to trim their squad.

The defender could be on his way out of Glasgow as his contract is up this summer.

The Nigerian international signed a one year deal in 2020 with the option of another year, which was agreed upon last summer.

Appearing 40 times in total for the Light Blues, Balogun would be a sure miss for the Ibrox side.

See also  UK weather: Temperatures to be hotter than Turkey this week before 26C mid-May heatwave

The gaffer said the defender is free to “make up his mind” in terms of where his future will lie.

Balogun though says he wants to stay and seems the most likely of this lot to remain at Ibrox in 2022/23. 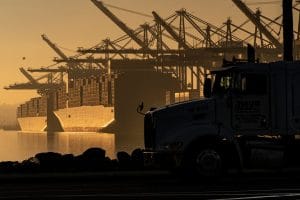