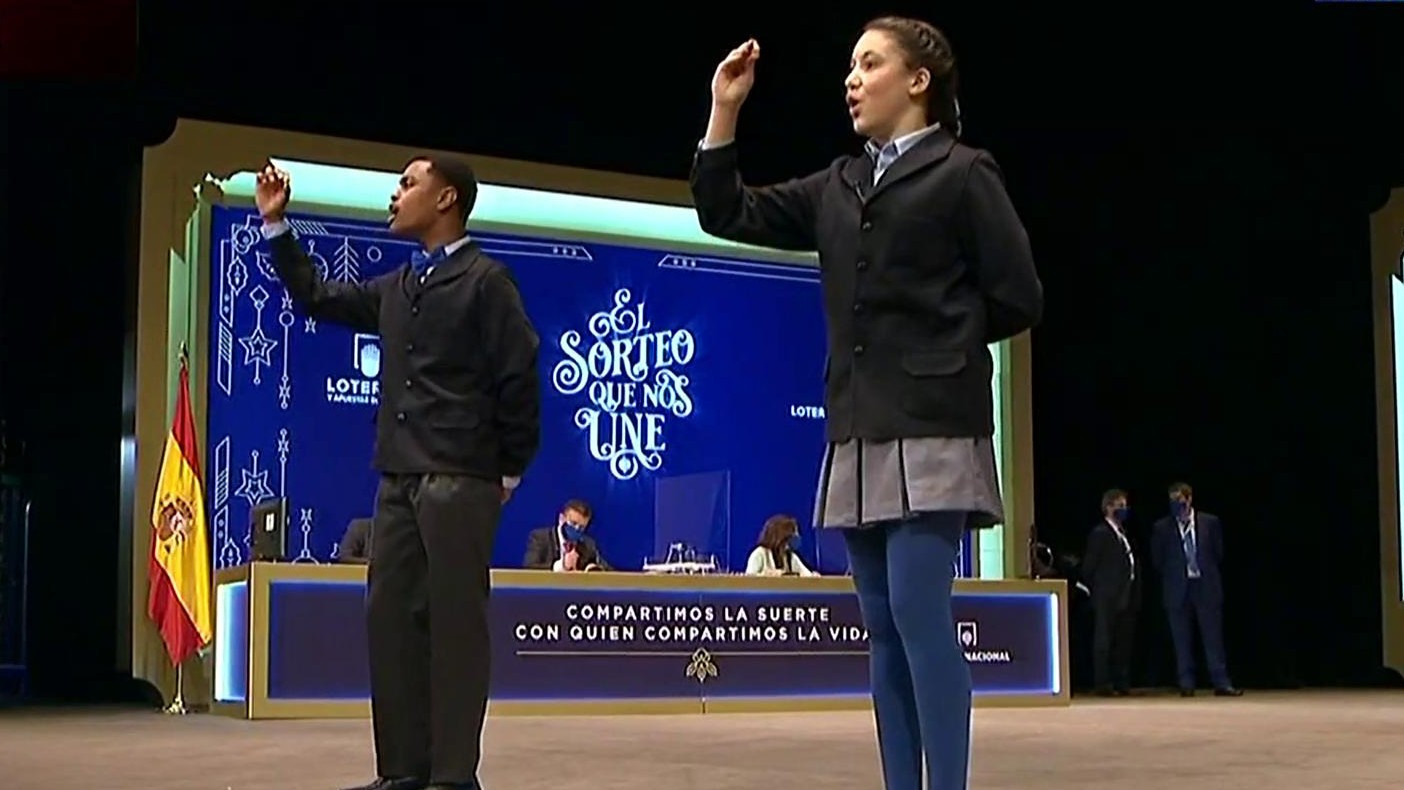 Most of the 42,833 (45 series), have been sold in El Espinar (Segovia) and also in Ávila, Seville, Alicante, Valencia, Cantabria, Barcelona and Madrid, while of the other fourth prize, 91,179 have been sold more than 92 series in Pontevedra.

The ball with the number of the first quarter came out at 10:59 a.m. fourth table of the draw with girls Aya Ben Hamdouch (the girl who became known a few years ago for getting excited when singing the awards) and Alexander René, singing numbers and awards, and the children Judith García and Natalia Rodríguez extracting the balls from the bass drums.

The second fourth prize, the 91,179 has come out at 11:11 am in the fifth table and the children Salvador Constantín and Luis Alcides have sung it, with Santa Daniela de León and Paula Figuereo extracting the balls from the drums.

The second fourth prize of the Christmas Lottery, 91,179

Much of the fourth prize falls in Pontevedra

Much of this second quarter, more than 92 series, has been sold by the lottery administration of Illa de Arousa (Pontevedra) and They have sold it for the most part to the Illa de Arousa school, as he has told RTVE.es.

The person in charge of the administration has opened as soon as she has learned that it had been distributed, according to what she assures, but just to “celebrate it with the neighbors” as they are on strike. In fact, this administration will not allow to collect the prizes because they maintain the strike. “They have us aside, forgotten, and an image of us is being projected that is not, that we are millionaires,” they say from the administration. They complain that sales commissions have not been updated in the last 17 years.

Among the winners of this fourth prize are the students of 4 of the ESO of the Illa de Arousa Institute (Pontevedra) who had made a raffle to pay for their end-of-year excursion. “I just found out and I say how happy I am, because they already have a good paid excursion. They deserve it after these two courses, although between now and May to see if they can do it …”, they say from the institute.

How much does the Treasury keep from the prizes?

The winners of the State Lottery and Betting draws were exempt until 2012 from paying taxes at the time, regardless of the amount won, but the Treasury also charged a percentage through the Wealth Tax and Personal Income Tax. But nevertheless, lottery taxation in Spain changed in 2018 after the approval of the General Budgets of that same year.

Since then there is a fixed percentage that the Treasury takes for any type of raffle carried out by both SELAE and ONCE. This includes, of course, El Gordo de Navidad. All money that exceeds the exempt minimum must make a contribution of 20% to the Treasury, an amount that has risen to 40,000 euros in 2020 and that according to Law 16/2012, of December 27, is applied to “the prizes of lotteries and bets organized by the public business entity Loterías y Apuestas del Estado and by the or entities of the Autonomous Communities, as well as the raffles organized by the Spanish Red Cross and the ONCE “. Here we tell you where and when to collect your lottery prize.

See also  'How much should we be worried about Covid post-vaccination heart problems?' - Miriam Stoppard