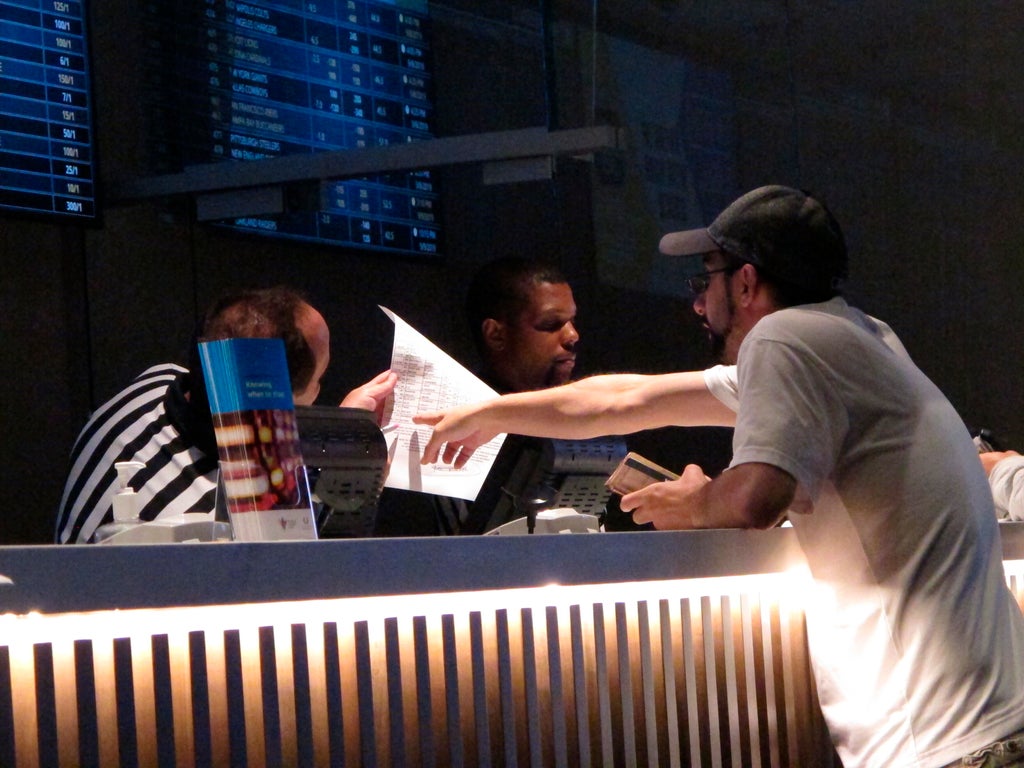 A record 31.5 million Americans plan to bet on this year’s Super Bowl, according to estimates released Tuesday by the gambling industry’s national trade group.

The American Gaming Association forecasted that over $7.6 billion will be wagered on pro football’s championship game set for Sunday.

“Americans have never been more interested in legal sports wagering,” said Bill Miller, the group’s president and CEO “The growth of legal options across the country not only protects fans and the integrity of games and bets, but also puts illegal operators on notice that their time is limited.”

When the Los Angeles Rams and Cincinnati Bengals begin the game Sunday evening in the Rams home stadium, 30 states plus Washington DC will offer legal gambling.

Since last year’s game, 45 million additional people will be able to bet on the Super Bowl because their states have legalized sports betting over the past year: Arizona, Connecticut, Louisiana, Maryland, North Carolina, North Dakota, South Dakota, Washington, Wisconsin , and Wyoming.

The association predicted that:

— 18.2 million American adults will place traditional sports wagers online, at a retail sportsbook or with a bookie, up 78% from 2021.

— 18.5 million plan to bet casually with friends or as part of a pool or squares contest, up 23%. The association said there is some overlap between those two groups.

— 76% say it is important for themselves to bet through a legal operator, up 11% from last year.

— 55% plan to bet on the Rams, with 45% backing the Bengals. That contradicts data from numerous individual legal sportsbooks that shows more bets and total money being wagered on Cincinnati thus far.

FanDuel, the official odds provider for The Associated Press, says 59% of spread bets are on Cincinnati to cover the 4-point spread as an underdog. Among moneyline bets that do not involve a points spread, 76% of bets predict the Bengals will win the game outright. Other sportsbooks report similar breakdowns on bets received thus far.

The Super Bowl is also one of the most perilous times of year for people with a gambling problem.

Harry Levant, a public health advocate from Philadelphia and a recovering gambling addict, is an official with the group Stop Predatory Gambling. He said the ongoing wave of sports betting advertising, and numerous incentives to get people to bet, is reminiscent of the tobacco industry’s efforts to get people to smoke and continue to do so.

“One out of two people struggling with a gambling problem contemplates suicide, and one out of five will attempt suicide,” he said. “I am one of those one out of five.”

Levant said the rapid rise of in-game betting feeds into a compulsive gambler’s desire for more and faster opportunities to bet.

“No longer is gambling limited to who’s going to win the game,” he said. “Now gambling is on every play. Keep them gambling, keep chasing action.”

There is a national help line for people with a gambling problem, or who think they might have one: 1-800-GAMBLER.