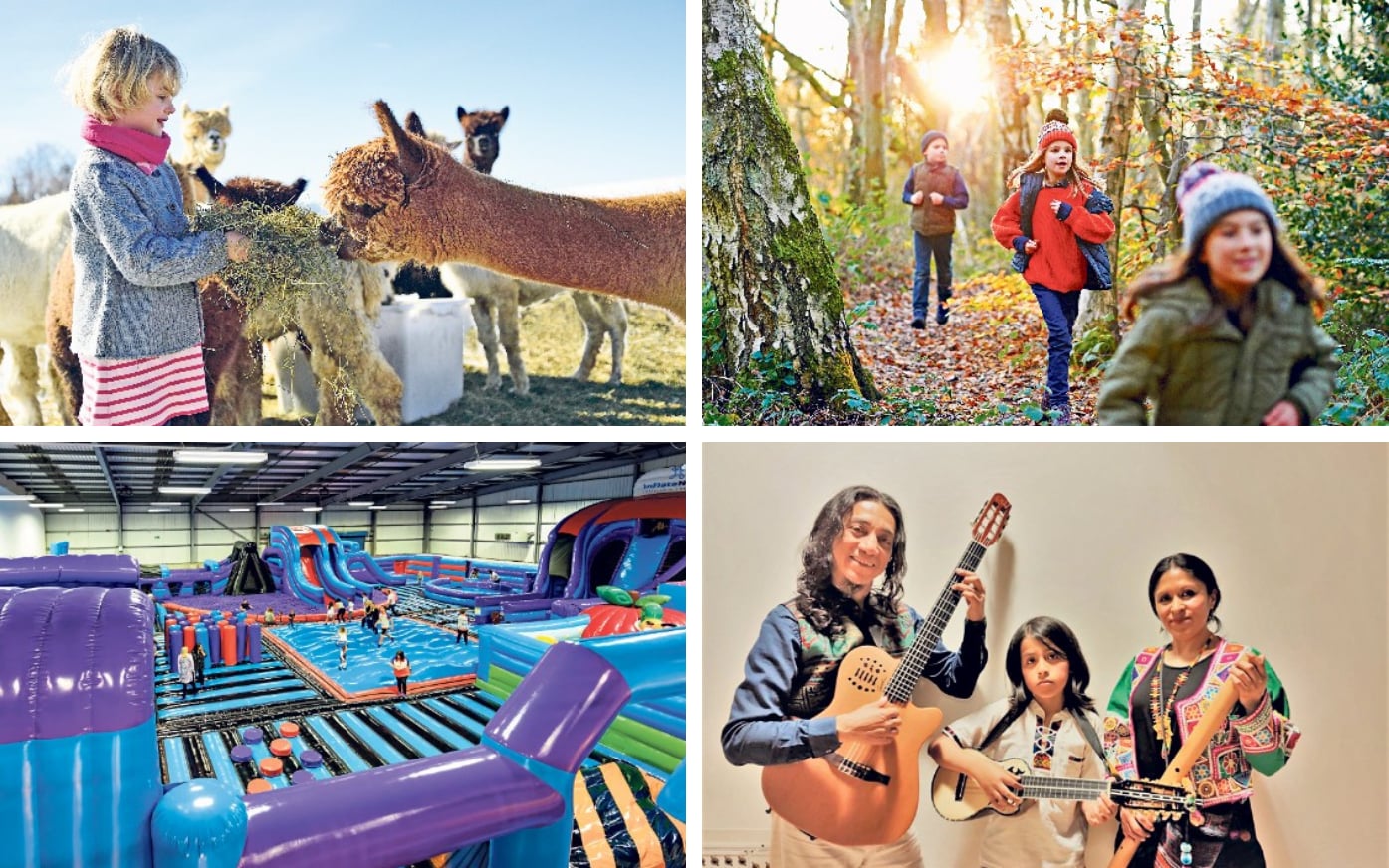 There are trails highlighting the birds and wildlife around the hall, as well as history trails focusing on the human lovers in its history such as Thomas Coke, Earl of Leicester, and his long-suffering wife Lady Margaret Tufton; or Queen Mary, who was scandalized upon visiting the hall with her husband, King George V, at a lewd painting of the Roman god Jupiter “caressing” his wife. Families can even have a go at making their own love shack for birds with daily birdbox building workshops.

See the UK’s largest gray seal colony up close and personal on your own private RIB ride which can be tailored to you. Options include sunrise wildlife-spotting along the coast to Salthouse and family picnic trips to Wells-next-the-Sea. As an added bonus, Ian, the man who’ll be your skipper, is a travel photographer by trade: he knows how to snap the shots that’ll light up your children’s Instagram accounts. Charters for up to five are £250.

Discover Something New At Chester Zoo

While visitors to the UK’s top wildlife attraction will no doubt be familiar with the elephants, tigers, giraffes and orang-utans, this half-term Chester Zoo is shining the spotlight on some of the animals you may have missed on previous visits, with talks and activities based on lesser-known species like rock hyraxes (guinea pig-sized animals which are the closest relative to elephants), the shy tree kangaroos, and amphibious “mountain chickens” (otherwise known as the giant ditch frog, which was hunted to near extinction by humans because it allegedly tastes like chicken – it’s being brought back from the brink by the scientists at the zoo).

Norse around in the Golden Valley

Translating the traditional pastimes of Nordic Raiders into fun activities for modern teenagers, this experience offers axe-throwing, archery and bull rings along with ancient games like kubb (stick throwing), molkky (similar to skittles), and stige (a precise throwing game). ). All are expertly supervised by a team of professional Vikings, so don’t worry about your teens ending up like Harald Hardrada by the end of the day. Two hours on the site costs £29.99pp and you can pay extra for modern pursuits like laser clay pigeon shooting or paintball. Afterwards, why not explore the Golden Valley in the lee of the Black Mountains, which is home to Arthur’s Stone, a neolithic tomb, said to be where King Arthur slayed a giant?

Little lords and ladies will find lots to enjoy at the fairytale-like Bolsover Castle this half-term. Behind the high, crenellated battlements and in the picturesque courtyards they’ll find all manner of activities, including an expansive outdoor adventure featuring puzzles, quizzes, activities and stories to help them get fit, have fun and learn about history, all at once.

Pack in the fun with the alpacas of charnwood forest

They’re big, they’re very fluffy, and they’re excited for half-term adventures – the alpacas down at Charnwood Forest Alpaca Farm, that is. With a range of different experiences, from 90-minute walking sessions with the ‘pacas to workshops on caring for them, to afternoon teas enjoyed by their sides, there’s plenty of different options to suit your needs. Children under nine go free (but must be accompanied by one adult per child) – and you can relax at the Chilli Bean Café afterwards.

Travel back in time at Blists Hill Victorian Town

Once you’ve exchanged your modern money for some pounds and shillings, explore the recreated Victorian town, meet the townsfolk from over a century ago, buy curios from a bygone era (you’ll have to work out the difference between a shilling, sixpence and farthing on your own) and ride on the old-fashioned fairground. It’s all laid out just as Victorians would have lived, making this attraction the ideal fun and educational family activity.

Hestercombe is celebrating half term with a pop-up forest school offering nature crown-making workshops, woodland crafts and more in a fun forest school. If the weather doesn’t play ball, there will also be indoor crafts to get stuck into while grown-ups can explore the house and its beautiful gardens.

Become a castaway in Cornwall

To mark the centenary of the shipwrecking of the Osten, Newquay is hosting an experience putting you in the shoes of the boatmen – could you have survived?