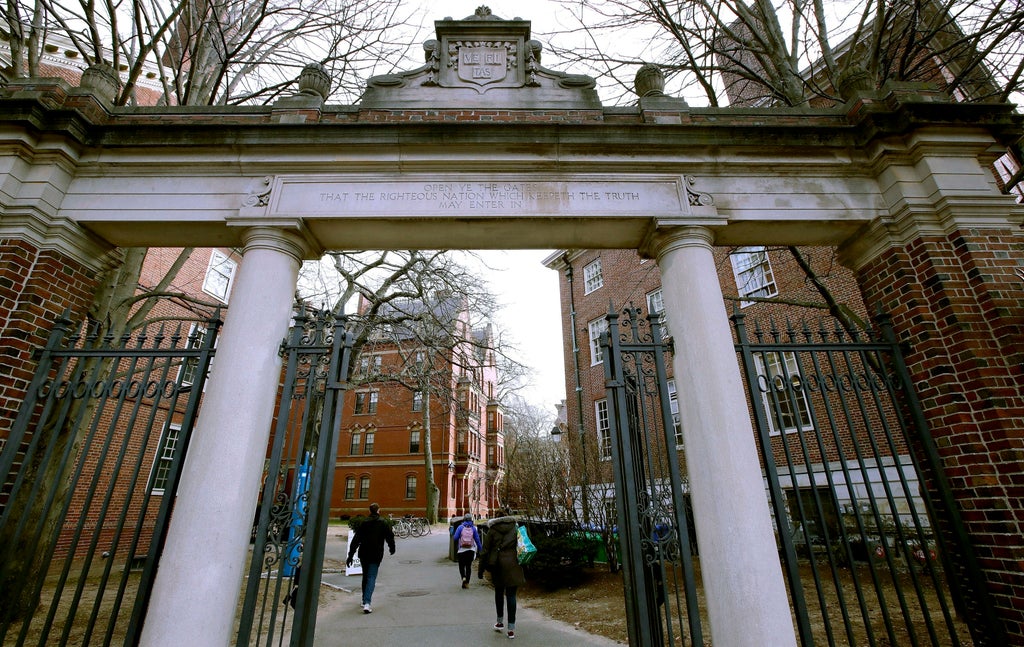 Three Harvard University graduate students said in a federal lawsuit filed Tuesday that the Ivy League school for years ignored complaints about sexual harassment by a renowned professor and allowed him to intimidate students by threatening to hinder their careers.

“The message sent by Harvard’s actions alleged in the complaint is clear: students should shut up. It is the price to pay for a degree,” Russell Kornblith of Sanford Heisler Sharp, the women’s law firm, said in a statement.

The suit filed in US District Court in Boston alleges that one of the students, Lilia Kilburn, was subjected to repeated forcible kissing and groping as early as 2017 by anthropology and African and African American studies professor John Comaroff.

On another occasion in 2017, when she met with Comaroff to discuss her plans to study in an African country, he repeatedly said she could be subjected to violence in Africa because she was in a same-sex relationship, the lawsuit said.

Comaroff, who is not named as a defendant in the lawsuit, said in a statement from his lawyers that he “categorically denies ever harassing or retaliating against any student.”

“Regarding Ms. Kilburn, professor Comaroff did not kiss her or touch her inappropriately at any time,” the statement said.

As for the discussion about the dangers of possible violence she would face in Africa if traveling with a same-sex partner, the statement said he was giving her appropriate advice motivated by concern for her safety.

The other two plaintiffs, Margaret Czerwienski and Amulya Mandava, said when they reported Comaroff’s behavior to university administrators, he retaliated against them by threatening to derail their careers.

Comaroff denied ever threatening Czerwienski or Mandava, but instead “consistently made every effort to assist these students and to advance their careers.”

The Associated Press does not typically identify people who say they are victims of sexual assault or harassment unless they choose to come forward publicly, as the three women have done.

All three plaintiffs lodged complaints with Harvard’s Office for Dispute Resolution in July 2020 alleging that the school was in violation of Title IX, the federal law that bars gender discrimination in education.

“Harvard’s continued failure to act on repeated reports of harassment against Professor Comaroff —until spurred to do so by the media—demonstrates an institutional policy of indifference: a system designed to protect the university, its reputation, and the faculty who sustain that reputation at the expense of its students,” the lawsuit said.

A Harvard spokesperson in an email declined to comment on the lawsuit, but provided a copy of a letter from Faculty of Arts and Sciences Dean Claudine Gay saying Comaroff was put on administrative leave last month for the remainder of the spring semester after university investigators found that he engaged in verbal conduct that violated both the school’s sexual and gender-based and professional conduct policies.

The lawsuit seeks a jury trial, unspecified damages, and a judgment that Harvard violated the women’s rights.