Skip to content
Home News 25N: Masta Quba: “Sometimes you don’t understand violent protests until they kill your friend, your daughter or your sister” 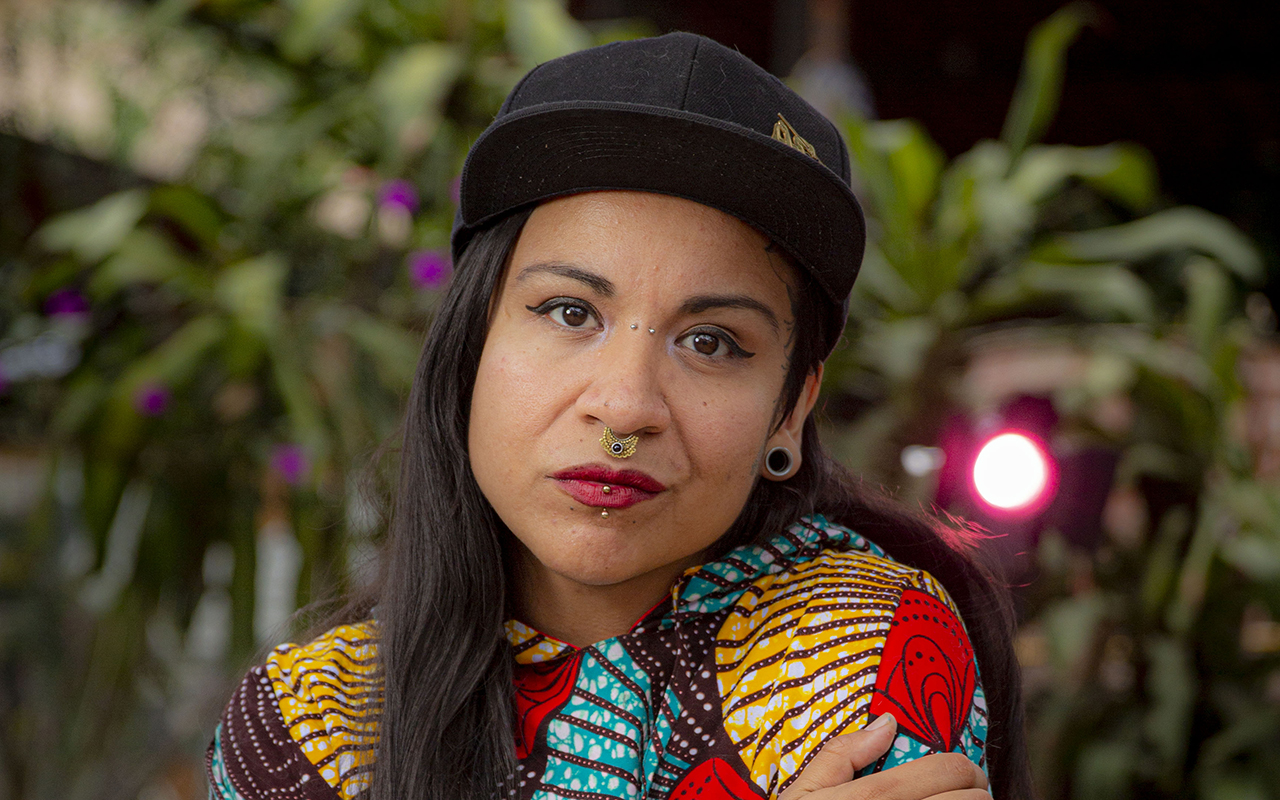 “I am not the spokesperson for feminism, I can only tell you about what I have seen,” warns Fabiola Ledesma, known as Masta Quba, on the other end of the phone. The voice of the Mexican rapper is direct and her tongue is sharp. So is his way of thinking and speaking about violence in his country, where 11 women are murdered every day. Born 33 years ago in Cuautitlán Izcalli (State of Mexico), she assures that her songs and rhymes tell their own story. In them she portrays abuse, rape, violence, feminist self-defense, the urgency to legalize abortion, and anger at the feminicide of her friends.

Masta, as she prefers to be called, has transformed that pain into a hymn to the dignity and struggle of women. The words are ready to come out of your mouth like daggers. Either in the form of songs or as answers in this interview. When something bothers him, he does not shut up and attack. “Hip hop helps me not really die,” he replies.

As the urban artist discovered that her world was the verses and beats She also discovered how difficult it was to find a place in a scene that she describes as “hypermasculinized.” Synonymous with that its principles were difficult. “And what is not difficult being a woman in this country?” For a few years, the guy she was with kept her from rapping. “The concept we have of love is very bad,” he jokes. Then came the divorce. “I stopped caring so much about men and their hate campaigns. The men I work with, among them, Prince Jaguar, bring a way of questioning their violence and privileges ”, he responds. Far from the million-dollar industry that rap represents, Masta Quba finances his latest song, entitled Abortion, with a crowfunding to recover the investment in the recording.

She along with a new generation of Latin American rappers have created their own space in resistance within the urban scene and give hip hop workshops to women interested in turning what they “bring inside” into rhymes, as Masta Quba says. “I would have loved when I was little to meet a Masta Quba, a Rebeca Lane, or someone who told me that what I thought was valid, that my body is valid, that feelings are valid, that I don’t have to do something if I do not want; such basic things that no one taught us girls of our generation ”.

The music recalls how she started listening to hip hop as a child because of the stars that came out on MTV. Years later, he realized that women could also rap in their language thanks to the Chilean Ana Tijoux and the Uruguayan Alika. After being abused, at the age of 17, he began to write his first song. That catharsis of words and paper helped him to name the violence that was going through it. “I liked how they knew the very fast words on my tongue. I understood the power it had ”, he says.

Masta Quba defines itself as “anti-patriotic, anti-racist and anti everything that destroys us”. Near the Day Against Gender Violence his song We have other data takes on a special meaning. “There is no quarantine for the other pandemic, the one that is normalized, the one that is always silenced / Stay home! How ironic, I killed her because she was mine, said the femicide. A rage goes through my throat because the one who promised to take care of you was the one who threw you in the ditch. Stay at home! Today we are missing you, who will we miss tomorrow? ”, Say his verses. A direct response to the discourse that the Mexican government has adopted on the decline in femicides and violence, when in reality the number has only grown.

The rapper prefers not to enter to describe the rise of the feminist movement in her country. “A social movement does not exist for us to qualify. It exists for us to unite. If you put all the minorities together, they end up being a majority against the enemy that is patriarchy ”, he responds.

Based on naming and bothering from feminism, he considers that society is changing. The latest protests by women in the streets that have turned violent have been used to discredit feminism and some have come to call it “fascism”, as mentioned by the head of Government of Mexico City in a recent interview with EL PAÍS Weekly. “[Las protestas violentas] sometimes you don’t understand them until your friend, your daughter, your cousin, your sister or your husband are murdered, ”she replies. “I lost a company and I fully understand the anger of those who do not want us to be killed, because in Mexico there is always a risk that they will disappear us.”

The decriminalization of abortion, the Olympia Law, the Ingrid Law… “Women have made the laws change. We are changing history without the consent of men ”, he reflects. To tear down 2,000 years of patriarchy at the tip of hip hop costs. Her goal, like that of the rest of her companions, is ambitious. They are not alone, thousands of women follow them and support their work. “Maybe people believe that music does not change people, but it is not true. We are made of music, books, series and movies. [El arte y la cultura] they are part of who we are ”.