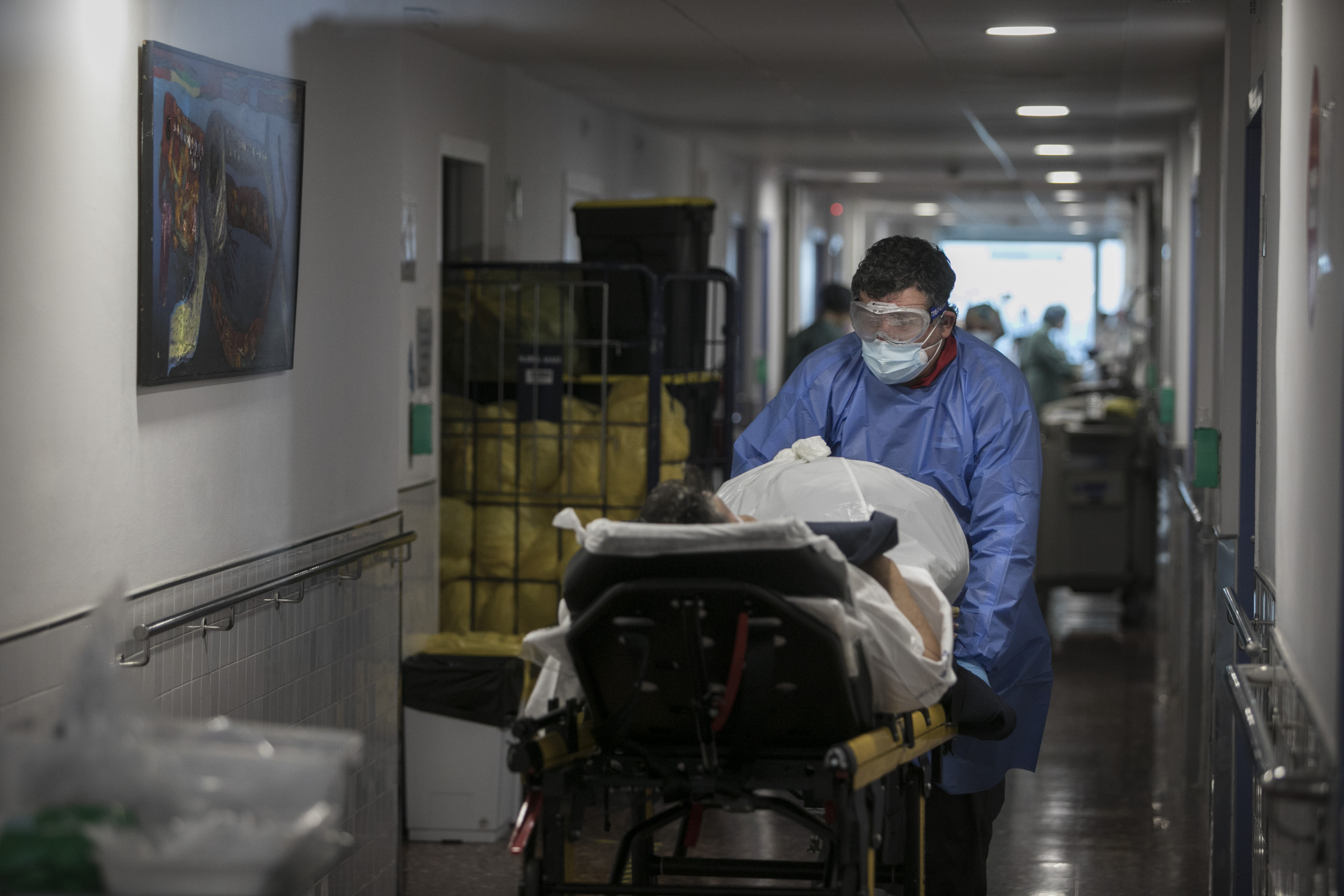 The end of the omicron wave in Europe does not seem close. According to the World Health Organization (WHO), between the next six and eight weeks, half of the continent’s population will be infected with this variant of coronavirus. This was stated Tuesday by Hans Kluge, director of the WHO in Europe, based on data from the Institute for Health Assessment and Metrics (IHME).

The speed of the virus’s advance is unprecedented after nearly two years of the pandemic. The positive side is that more than half of the people who become infected are asymptomatic and that high vaccination rates and mutations are causing much lower fatality and hospitalization rates than in previous waves. However, the very high number of infections makes the WHO foresee that health systems will be in trouble in the coming weeks.

The fact that there are millions of people getting infected these days (seven million last week) means that a small percentage of them can pose a threat to the system. But in addition, many of those infected will be sanitary, with greater exposure to the virus, which will prevent hospital personnel from being 100%.

In this scenario, Kluge has insisted that the top priority of governments must now be to protect the most vulnerable people and provide them with the booster dose of the vaccine if they have not already done so. Secondly, it has recommended preserving as much as possible the health of health workers, both physical and mental, so that they can face this new wave in the best conditions.

The head of WHO in Europe has also emphasized the need to keep schools open as much as possible. “They should be the last to close,” he said. To continue with the face-to-face classes, he has recommended maximizing ventilation and the use of masks, both by students and teachers. However, it has assumed that the high rates of infection will cause many children and teachers to become infected, so being present will not always be possible. Faced with this situation, he has recommended preparing the systems to continue teaching electronically.

Both Kluge and his colleagues have ruled out an upcoming scenario in which covid is an endemic disease. “In the middle of managing the crisis we have to be very cautious with predictions about the future. One of the things that we still do not know is the link between infections with persistent covid, for example, “he warned. To do this, the transmission should stabilize and show more predictable patterns, something that has not happened yet.

To minimize the impact of this omicron wave, WHO officials have recommended to the countries of the region that they maximize the use of masks, avoid the proliferation of massive events and enhance indoor ventilation. And they have emphasized that vulnerable people avoid, where possible, closed public places, where it has been shown that the spread of the virus is more likely.

“The mantra should be: vaccination for those who have not received it, booster doses for the most vulnerable, increase the use of the mask, ventilation in closed rooms and apply the new clinical protocols in the treatment of the sick,” said Kluge , who has asked governments to make it easier for their citizens to use affordable diagnostic tests, which should be prioritized for those most vulnerable to serious complications from COVID.