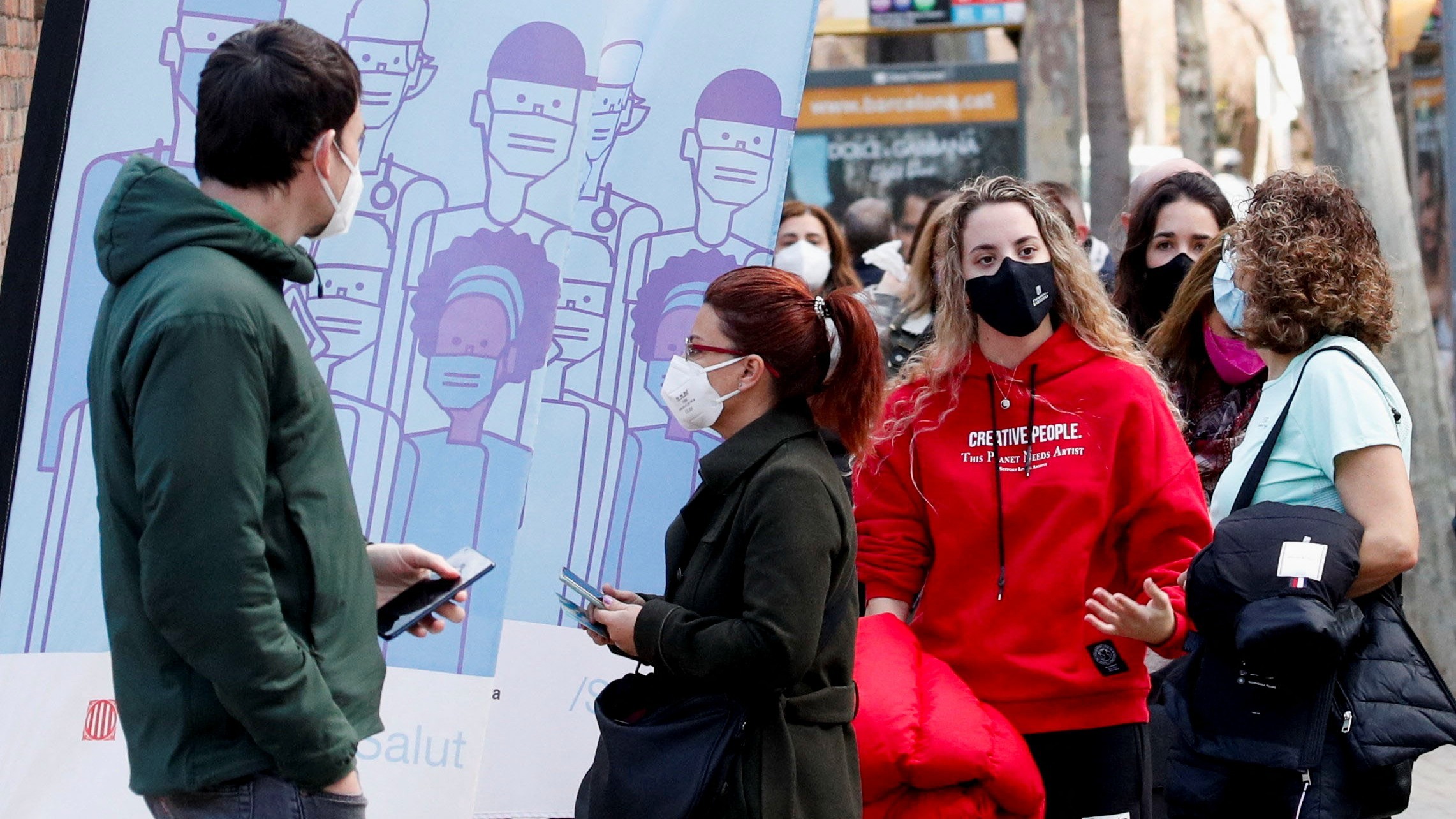 The objective of the Spanish Government is to address COVID-19 as an “endemic disease” similar to seasonal flu, as confirmed this Monday by President Pedro Sánchez. A change in strategy in which the Executive has been “working for weeks”, together with the Center for Health Alerts and Emergencies (CAES) and the Alerts Report. To justify this decision, Sánchez stressed that “the situation” of the pandemic “is not that of a year ago”, since “we know the virus better and while waiting for what the reports say, omicron seems to have a greater incidence mild”.

Although he has not offered many details about how the new parameters would be to manage the pandemic, he has advanced that for example, exhaustive case control would be abandoned, which would imply fewer diagnostic tests. “It is a necessary debate,” said the Prime Minister, who alluded to the fact that “science has given us the answer to protect ourselves and reduce infections among the population and we see that the fatality is not what we had at the beginning of the first season. wave”. “We have the conditions to, with caution and little by little, open this debate at a technical level,” he said.

With an incidence of infections at unprecedented levels, specialists predict that the peak of this sixth wave has not yet been reached, although it could be close once the Christmas holidays are over. It is true that these runaway levels have not, for the moment, been translated into a proportional increase in the number of hospitalizations, ICU admissions and deaths, even with the presumed underdiagnosis that is taking place; But the saturation of primary care and the surveillance network is more than evident, to which is added an avalanche of sick leave that could put in serious trouble not only the health care system, but also the provision of all kinds of services. much of the productive fabric.

For some experts, a relaxation of vigilance, aiming to focus mainly on severe cases and hospitalizations, would mean “cheating the loner”. It is the opinion of Daniel López Acuña, epidemiologist and former director of Health Action of the WHO, who declares to RTVE.es that “we are not going to stop having the problem because we stop counting.” “The mistake is in thinking that the problem no longer exists by not counting infections, or by reducing the number of days of isolation, or by establishing quarantines in schools with five children instead of maintaining what was had … The problem continues being there, and it has to be addressed, “he explains, and indicates that in Spain” what has failed is an adequate reorientation of primary care to tackle the great flood of COVID cases “. “If we stop acting, what we are going to have are more contagions,” he sums up.

López Acuña believes that this strategy “may be reasonable later on, when the disease does indeed become endemic, but at this time there is no scientific basis to say that this has become endemic“.” The virus does not catch flu by decree. I think these announcements that we are going to plan the flu, are totally confusing and not rigorous, “he says, emphasizing the dangers of” trivializing “the sixth wave.

“This has not happened”

For its part, Marcos López Hoyos, president of the Spanish Society of Immunology (SEI), is “prudently optimistic” with the evolution of the pandemic in the coming months, although he also warns that “we cannot jump into euphoria and think that this has already happened and we we can freely infect “, as it is a” wrong message “. “Most of those infected are not going to find out, or are going to have a very mild picture, but there are some who are going to become seriously ill, especially unvaccinated people,” he warns.

On whether it is appropriate to carry out a change in strategy to address the pandemic, this immunologist considers that “we still have to wait a little longer”. “I am not sure that we can already say that this is going to be a cold and free will, because I think it is still too early,” he says, although he points out that, indeed, “the foreseeable scenario in the coming months is that the coronavirus will it remains among us like a strong cold or a flu that will not cause too much hospitalization, although it will continue to cause it. ” “The problem is that the hospitalization of the flu campaign lasts from the end of December to March, and this if it comes to us every two or three months, to see who can put up with it,” he told RTVE.es.

The importance of vaccination

The also immunologist Matilde Cañelles agrees that COVID-19 “at some point will be able to be treated like the flu”, although he believes that “doing it now is too soon.” “Yes, it is true that the data that are coming in from omicron are very encouraging and give the impression that at a given moment it will be possible, but noor we must forget that this is subject to the fact that we are giving the vaccines and the booster doses that are needed“, he continues, to warn that excessive relaxation” is going to make people psychologically more reluctant to take booster doses, and to take action when there is a high prevalence. “

“This is flu if you are getting your booster doses every time you need it. If not, it is not. In fact, the omicron variant compared to delta produces less severe disease, but if you compare it with the original variant, it is 50% more serious in a person who has not had the disease or is vaccinated“This CSIC scientist assures RTVE.es.

Cañelles predicts that this sixth wave “is going to be fast”, as has happened in South Africa and it seems that it is the dynamics of the United Kingdom. “In all the countries that have reached the peak, it is going the same: it goes up very fast and it goes down very fast. So many people are infected that there comes a time when there is no one left to infect“, Explain.

However, she is also convinced that “this is not over”, since “after the omicron wave, we will be relatively calm, because there have been massive vaccinations and those who have not been vaccinated have had the disease”, but “In four or five months another variant will appear, and I don’t think it will catch us as well vaccinated or as well prepared as this one has done.” “It will depend on how much we have relaxed, we continue to give booster doses, and how much it manages to evade the immune response,” he predicts.

Along the same lines, the epidemiologist Daniel López Acuña He believes that the evolution of the pandemic in the coming months will depend mainly on three measures that, in his opinion, should not be relaxed under any circumstances: vaccination, reinforcement of primary care and protection measures. “First you have to continue vaccinating, because there are still many black holes. We only have 30% of those under 12 years of age vaccinated, we have almost 20% of the population between 20 and 40 years of age without vaccination with the full schedule, and we are relatively low. with the third dose especially in the population aged 40 to 60 years “, he summarizes.

“At the same time it is necessary to reinforce and reorganize primary care, and it is not doing what is necessary, neither injecting resources nor taking contingency plans to continue operating despite the absence from work,” he continues, to finish by asking that “we continue strictly with the protection measures such as the mask, the physical distance and the non-crowding “.