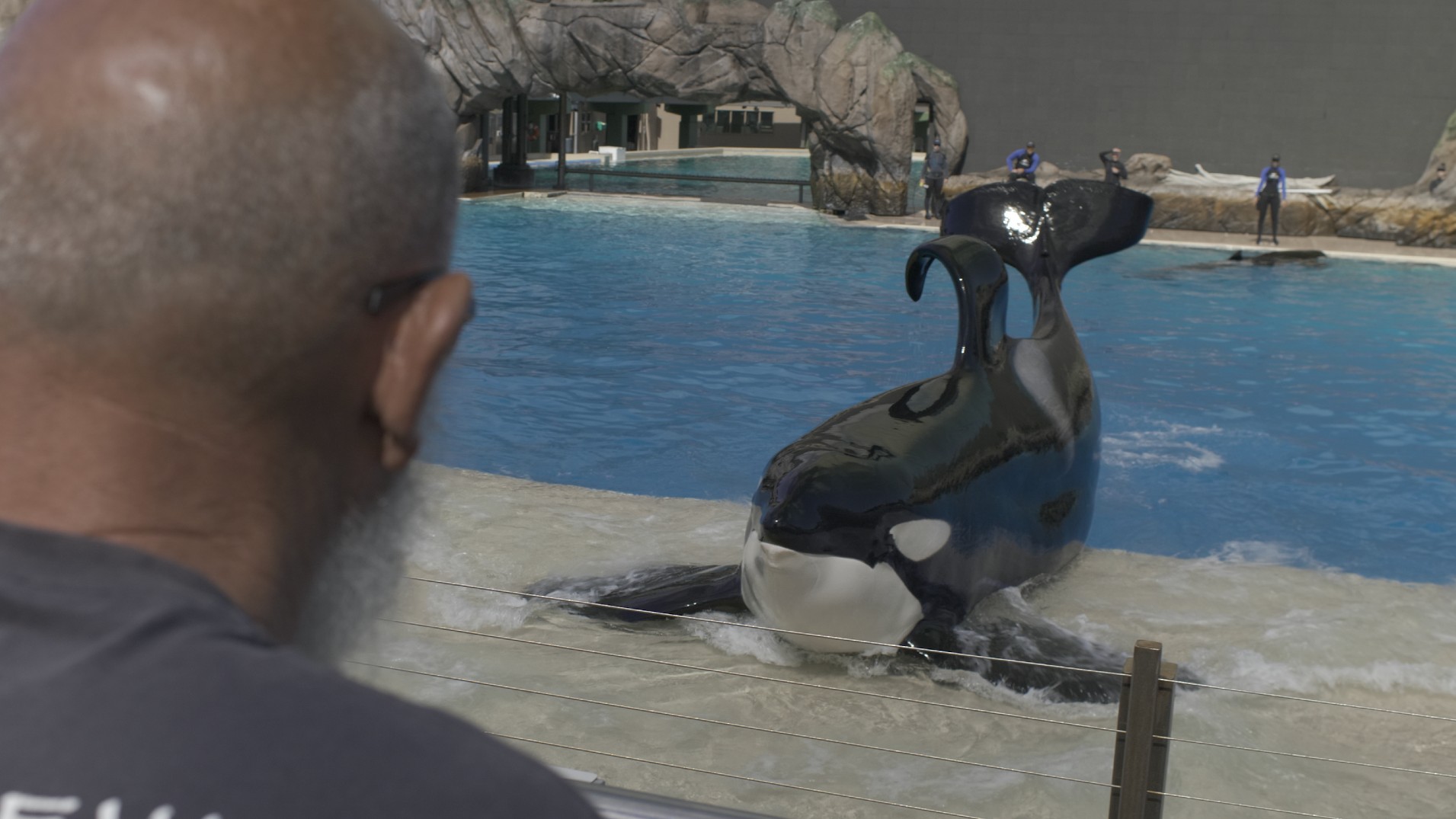 Albert Lopez you have loving words to describe your friend Ulises: “Like a little boy, very playful; also very stubborn and very noble ”. They met in 1983 and entered into 10 years of deep relationship. Ulysses, six meters long and over four tons, was an orca and a icon in Barcelona. López, then a 20-year-old with a passion for animals, was his zoo keeper and trainer, until the whale’s move to San Diego in 1994 parted ways.

Ulysses, a documentary short film directed by Joan Bover, he resumed that relationship 25 years later, fostering the reunion. Nominated for the Goya Awards 2022, its objective is to make the viewer reflect on the captivity of animals in zoos and water parks.

In the world there are 58 orcas in captivity whose biography does not differ much from that of Ulysses: born in 1978, he was captured on November 19, 1980 near Iceland and in 1983 he arrived at the Barcelona zoo. On February 1, 1994 he performed his last performance: the small size of the pool and the old facilities made its survival impossible. Ulises was transferred to Seaworld in San Diego (California) where he continues to perform in shows. At 43 years old, she is a long-lived killer whale. In the wild, they reach 80 years of age, but in captivity their life expectancy is reduced by half.

“In the Barcelona Zoo there were two emblematic animals in the 80s: one was Snowflake and the other the orca Ulises ”, recalls Bover, who was also nominated for a Goya for the best documentary short film for his previous work, Kyoko. “As a child I was fascinated by it, but years ago I began to consider how we naturalize the captivity of animals, which in reality is not natural at alll. And so the idea for this documentary arose, which aims to reflect on how human beings treat other living beings “, he explains to RTVE.es.

12 years ago, Bover recorded a report on whale watching off the coast of Roses (Girona) when the guy who organized the excursions and governed the catamaran told him in passing that he had been the trainer of the orca Ulises. It was Albert López. When in 2019, Bover read the news that Ulises had been transferred to San Diego for 25 years, he proposed to Albert López to organize a reunion. The former trainer accepted immediately.

The course of López, who is now 63 years old, had turned 180 degrees since the separation with Ulises. Trying to somehow pay off a debt to animals, he gave up 30 years as a zoo professional to engage in activism against an activity for which you find no justification.

“If you like animals, the last place you have to work is a zoo“, Summarizes López, who recalls that he crudely learned the lesson on his first day of work:” TI had to sacrifice, or murder, a dingo and when I asked why they told me that because there was no facility to accommodate him. That’s when I realized that I had made a mistake ”.

The mutual care of Ulises and Albert

He tried for years to contribute what he could from within. In 1983, as he was one of the youngest workers, he was assigned to work with Ulises. “Killer whales, in addition to having great cognitive abilities, are animals that are not afraid. If you manage to establish a bond of mutual care, they are more stable animals than dolphins, which are more fearful ”, he describes.

That care saved his life on several occasions. The first, when due to a carelessness he ran out of oxygen and with the ballast on him: Ulises detected him and brought him to the surface. “The second was the next morning. When I put on the equipment, it would bite me on the leg and when I took it off it would leave me alone. It was his way of saying to me: ‘Are you crazy or what?’ As soon as I put my glasses on, he took them off with his mouth”.

In the short film, only the chronicles of the television reports of the 80s and 90s about Ulises are heard. In the present, Bover limits himself to portraying López as he sets out on his reunion journey. “The main character is the orca Ulises and his odyssey over 42 years in captivity. And that’s why we think of Albert as a laconic character because he also has that powerful presence that he expresses enough of it ”.

Eloquent are the images of Ulysses’ transfer to San Diego in 1994. “It is the absurd taken to the extreme: an animal that can move freely around the world on cranes, trucks, planes. It is absurd in 2022 to have animals locked up like this, “says Bover.

“In a few generations they will look at us like weirdos”

Killer whales are social animals, intelligent and have a good memory. In 2013, the documentary Blackfish, from Gabriela Cowperthwaite He became famous for harshly exposing the water park industry, where killer whales live in confined spaces and coexist with specimens that do not belong to their family. The documentary argued that the death of a trainer in 2010 after an attack was due precisely to psychopathy caused by captivity. Despite the stigma of the ‘killer whale’ nickname, there are no documented cases of wild killer whale attacks on humans. “Curiously, there are documented cases of deadly dolphin attacks,” López specifies.

Bover and López criticize the hypocrisy of these parks claiming to offer pedagogical value. “It is basically an economic interest, I do not know how you can justify having an animal of almost five tons and six meters in a swimming pool spinning around. As a society, the treatment we have towards these animals does not leave us in a very good place ”, says the director.

The ex-caretaker of Ulises adds: “I am sure that in a few generations they will look at us as strange creatures and they will say:he beasts were those people, who kept chimpanzees, killer whales, dolphins or elephants in captivity”.

How to rate the reunion? Director and protagonist resist. “Obviously, it was a magical moment, but it is something that we leave to each viewer”Explains Bover.

Since 2014, direct interaction between keepers and killer whales has been prohibited and López was unable to swim with Ulises again. “I do not want to tell much about the meeting, I prefer that the viewer see it. My feeling was very sad: in 25 years I have had partners, children, jobs, a lot of experiences and Ulises has continued circling a pool without stopping“.