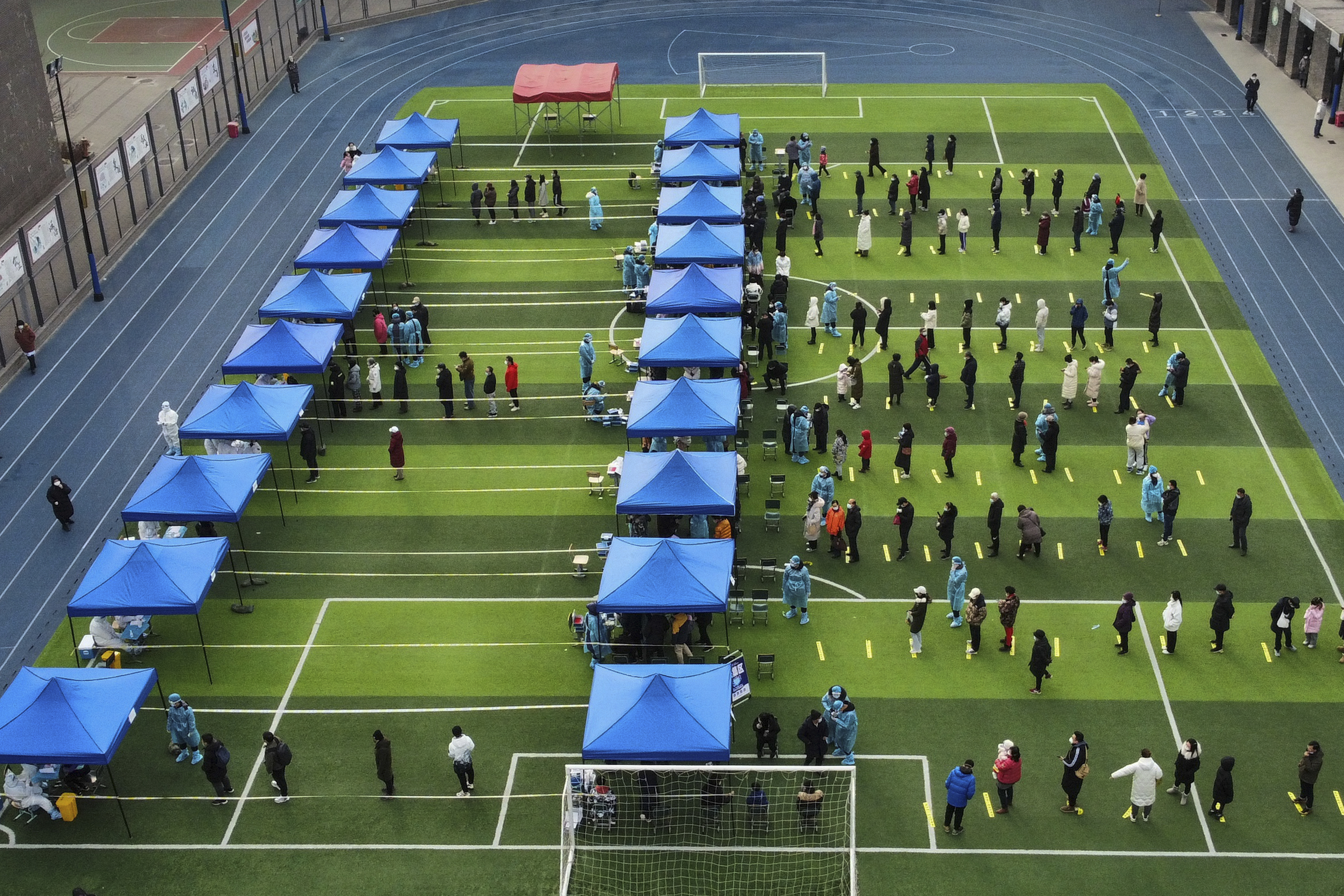 While strict quarantines and the widespread use of masks in Asia have contributed to slowing the spread of the omicron variant in the region, the most populous continent on the planet is facing a new wave of infections that, for many experts, was inevitable . The rate at which cases are picking up is of particular concern in the Philippines and is causing a headache for Japanese Prime Minister Fumio Kishida, who has been forced to impose restrictions for the first time since he began his term in October. Meanwhile, three weeks before the Winter Olympics kick off in Beijing, its neighbor Tianjin has begun a massive testing of its 14 million inhabitants after detecting two local omicron infections, and Hong Kong has shielded itself to prevent uncontrolled spread. of this contagious variant.

Covid-19 cases have multiplied at an unprecedented rate in the Philippines after the Christmas holidays. If two weeks ago the largest Christian nation in Asia did not exceed 300 infections a day, on Saturday it registered the highest number of infections in the pandemic so far: 26,458 in a single day. Faced with the huge influx of patients, the General Hospital of the Philippines (the largest in the country, with a capacity for 1,500 beds) has announced that it will keep health workers working as long as they show no symptoms of the disease. Jonas del Rosario, a spokesman for the institution, expressed in a message televised by the state network PTV on Saturday that, since the hospital has multiplied the number of admissions by six, it cannot allow staff casualties. Del Rosario emphasized that the majority of patients in serious condition have not been vaccinated and that, for the moment, they are not short of respirators, but that the situation could get worse in the coming weeks. 47.1% of the 109.2 million inhabitants of the archipelago have received the complete schedule of the vaccine.

On December 31, coinciding with the detection of the first cases of the omicron variant in Manila – seven from abroad and three locally – the capital announced that it would raise the restrictions to their maximum alert level between January 3 and 15 , a measure that has been supported by another 14 areas in the north of the country.

The spread of omicron also worries in other regions of Southeast Asia since the beginning of the new year. Thailand, which recorded 8,511 new infections on Saturday (the highest number since early November), has suspended the no-quarantine travel plan for vaccinated tourists and imposed travel and gathering restrictions. For its part, Vietnam, which has been closed to tourism since March 2020, has exceeded the barrier of 16,000 daily cases each day of the new year.

But most of the headlines are held by Japan and China. More than two months after the control measures against covid-19 were abolished throughout Japan, Fumio Kishida has been forced to reactivate the alert level to “near emergency” in Okinawa, Yamaguchi and Hiroshima. The country of the rising sun, currently facing its sixth wave, approved on Friday a new series of restrictions in these three prefectures that are home to US military bases, where several epidemic outbreaks of the omicron variant have been detected.

From Sunday to January 31, business hours will be limited and the population has been asked to reduce departures. Kishida, while much more cautious than the governors of these three regions – who directly accused US personnel of spreading the virus – has insisted on the need for the US to adopt strong measures on its military bases. The Japanese president has a lot at stake: his predecessor, Yoshihide Suga, resigned after discontent among the population increased over his management of the pandemic.

After registering less than a thousand infections a day since the beginning of October, Japan surpassed the 5,000 barrier on Saturday. The Government is considering increasing the alert level in areas such as Tokyo and Osaka, where community transmission of the most contagious variant of covid-19 has also been detected. 79% of Japan’s 125.8 million people are fully vaccinated and the campaign for the booster dose has started.

In China, the discovery of two local infections of the omicron variant in Tianjin, located 108 kilometers east of Beijing, represents a new challenge for the “zero covid” policy imposed by the authorities since the beginning of the pandemic. Less than a month before the capital of the Asian giant makes history by becoming the first city in the world to host the summer and winter event of the Olympic Games, Tianjin began on Sunday a massive test campaign to detect covid-19 among its 14 million inhabitants. The local government has asked residents not to leave the coastal city without a compelling reason, a requirement that is difficult to meet due to the huge number of workers who travel between the two cities on a daily basis.

On Sunday, China registered 165 new cases, six more than the previous day, most in Henan and Shaanxi provinces. Precisely the capital of the latter, Xian, with 13 million inhabitants, has been in lockdown since December 23, the second closure of a large city since Wuhan at the beginning of the pandemic. In recent weeks, messages from residents have been broadcast on Chinese social networks criticizing the shortage of food and the impossibility of accessing health care if a test has not been previously carried out. Officially, the most populous nation on the planet has only accumulated 103,619 cases and 4,636 deaths since January 2020.

There is also concern about the situation in Hong Kong, which on Wednesday implemented what the local government has described as “the most inflexible measures” since the outbreak of the global health crisis in order to contain the advance of omicron. Health authorities reported on Sunday that, for the first time since October, they have not been able to trace the origin of a local contagion, which has set off all alarms. Some experts have called for the suspension of face-to-face classes and that companies order teleworking, while others warn of a possible “tsunami” of infections. Of the 7 million inhabitants of the semi-autonomous region, 12,902 have contracted the disease and 213 have died.