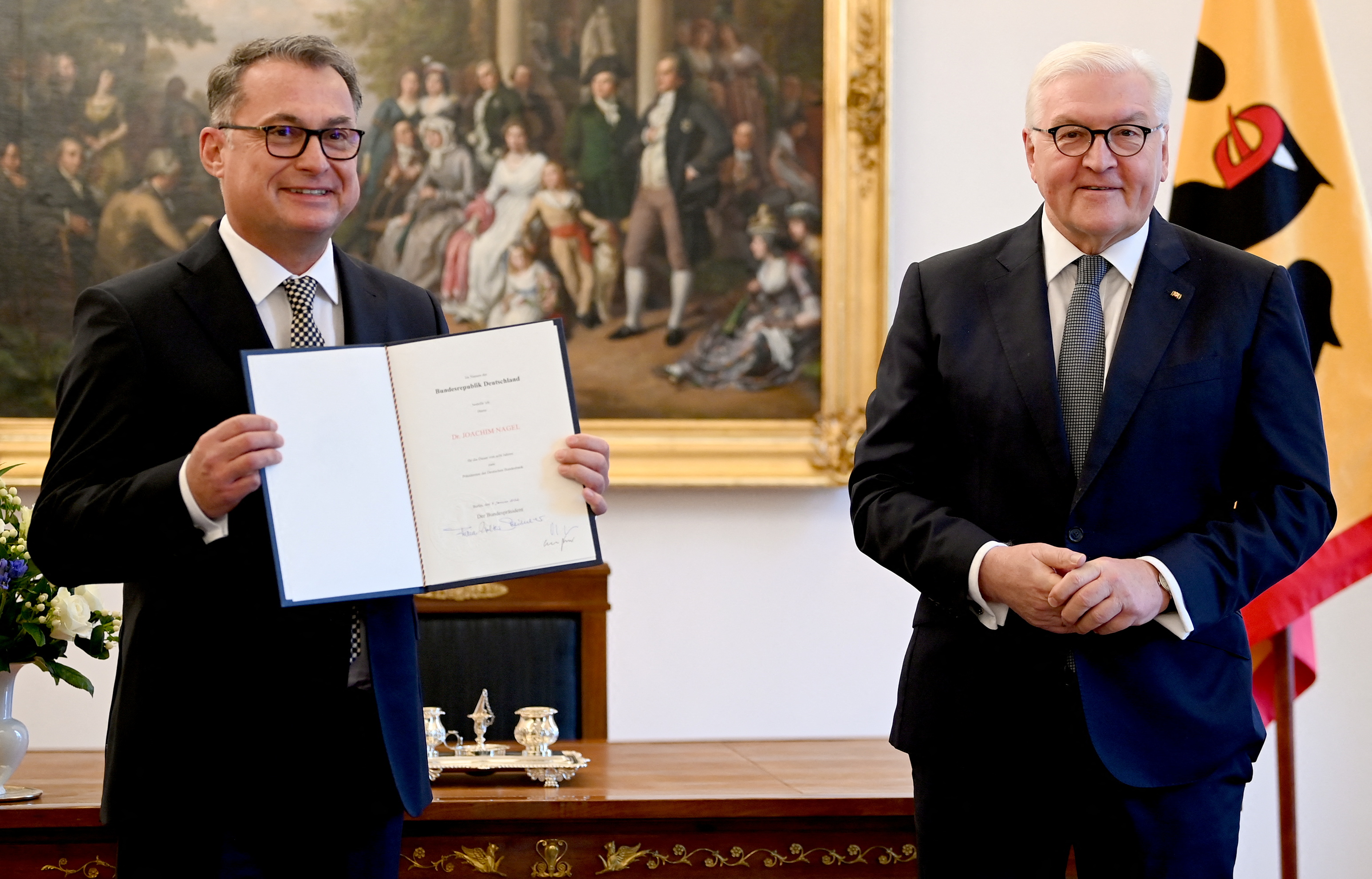 The new president of the Bundesbank, the German central bank, was concerned on Tuesday about the inflationary outbreak in the euro zone and encouraged monetary policy actors to “remain on guard.” In his inaugural speech at the head of the institution, Joachim Nagel stressed the risk that inflation rates could remain high “longer than expected.”

Nagel, nominated for the post by the new German tripartite government of Social Democrats, Greens and Liberals following the surprise resignation of Jens Weidmann in October, noted that the main objective of the Bundesbank is “to ensure price stability for the citizens of the area. euro”. Current inflation levels, above 5%, “and even higher in Germany,” are the highest since the monetary union, he said. “This means that citizens have significantly less money in their pockets. Many are terribly concerned, and understandably, about the loss of purchasing power, “he added.

Taking advantage of the fact that she was in one of the countries with the greatest aversion to rising prices, the president of the European Central Bank (ECB), Christine Lagarde, sent the Germans a message: her institution is also concerned and attaches the greatest importance to the phenomenon. “We understand that the price hike is causing concern. And we take that concern not lightly, but very seriously. Citizens can trust that our commitment to price stability is unwavering, “he said.

Lagarde thanked Weidmann for his collaboration in the last three years in which she has already presided over the ECB and he has served on its board. Of the outgoing president, he highlighted his “perseverance, intelligence and loyalty” and said that they have been crucial for “the successful management of the pandemic emergency.” Weidmann, who at the head of the Bundesbank for more than a decade embodied the fierce opposition to Mario Draghi at the ECB, gives way to an economist close to the SPD and from whom an essentially continuity line is expected.

This is how you can interpret his words about inflation, which the ECB has attributed to high energy costs and which it considers transitory and capable of returning to below the 2% limit at the end of this year without intervening. “It is true that the high inflation rates can be attributed to specific effects that will end at some point, but not completely,” said Nagel in his speech before assuring that “there is danger” that the runaway inflation – from 5.3 % in Germany in December; 3.1% in 2021, the highest rate since 1993 – last longer than the ECB has predicted.

The new president of the German central bank stressed that those who suffer the most from this situation of high prices are the poorest households because they spend most of their income on consumption. “That is why price stability also promotes social cohesion,” he said, adding: “Our greatest asset as central banks is trust. People trust us to be able to keep the value of money stable. “

The German Finance Minister, the liberal Christian Lindner, used his welcome speech to Nagel to defend price stability and underline that Germany must return to fiscal rules in 2023. “I do not reveal any secrets when I say that our objective must not be to permanently increase the public debt, “he said. “It has been inevitable in times of pandemic, but this Government is already working to return to the specifications of the debt rule in 2023,” he said.

In December Lindner requested the approval of an additional budget of 60,000 million to face the investments contemplated in the coalition agreement, essentially in the area of ​​energy transition. Faced with those who accuse him of having softened in his orthodoxy, he defends that he does not incur new debt, since the amount comes from the 240,000 million credits already authorized for 2021 to fight the pandemic and that have not been used in their entirety .

The replacement ceremony in the dome of the Bundesbank took place without an audience, only with the camera operators and the participants seated in a semicircle at the lectern where they took turns giving their speeches. After suffering a fourth wave in November that left record numbers of infections, and without having managed to reduce the incidence, the country is now facing the beginning of a new wave, that of omicron. Health Minister Karl Lauterbach has announced that a winter of restrictions is coming.