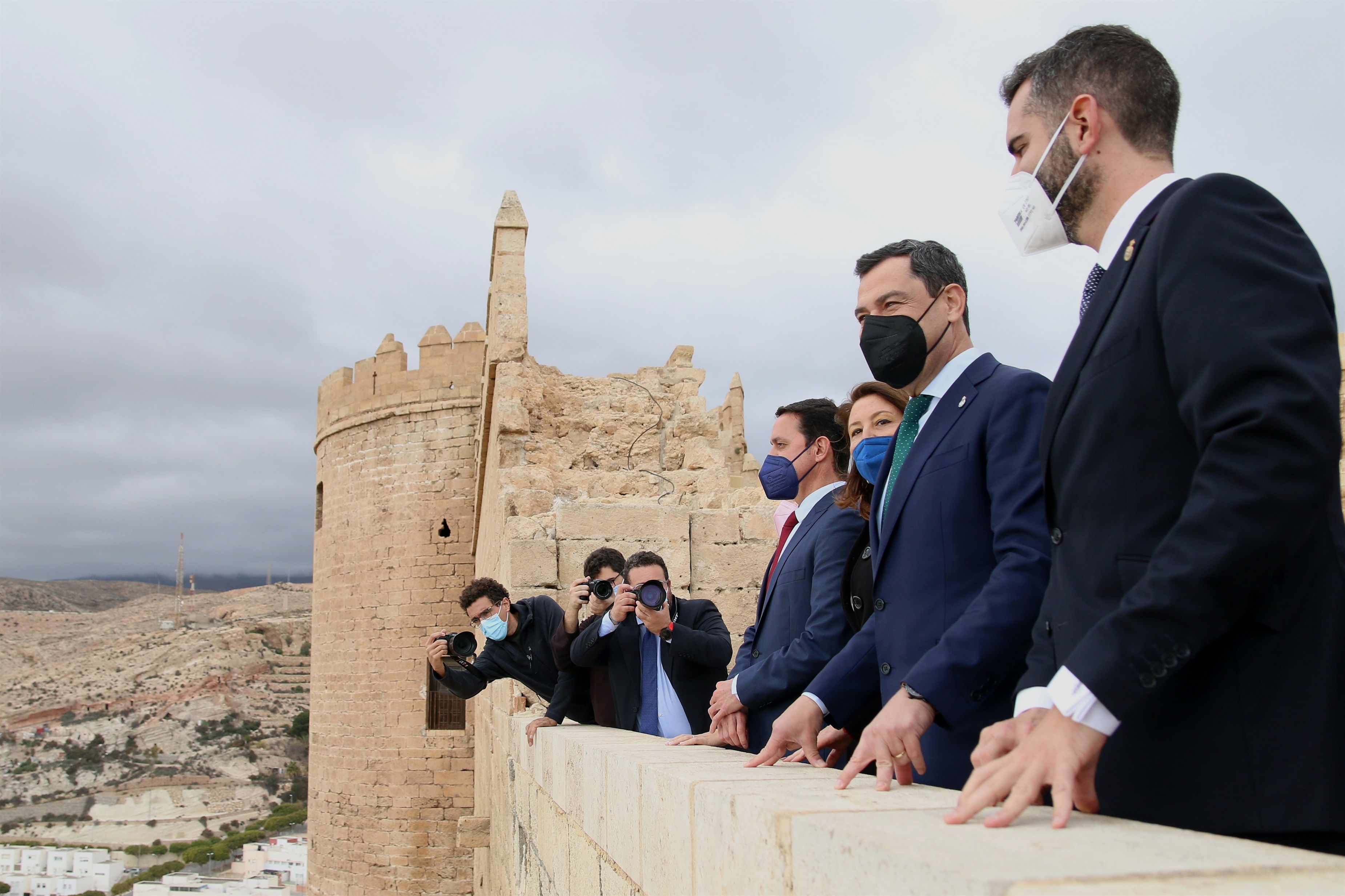 Almería has been the place chosen for the celebration of the first Governing Council of 2022 of the Junta de Andalucía and the investments, infrastructures and projects of the Executive chaired by the popular Juan Manuel Moreno in that territory have focused most of their intervention after the meeting. Moreno has not dedicated a minute to the different causes of corruption that loom over his party in that province and that justice is investigating. The most recent, the Case Masks, in which a Barcelona judge investigates the granting of a contract for the supply of sanitary material for two million euros from the Almería Provincial Council for which the former third vice president would have charged irregular commissions of between 200,000 and 400,000 euros, and in which Fernando Giménez Giménez, delegate of the Presidency and right hand of its president and president of the Almeria PP, Javier Aureliano García, is called to declare as investigated.

Moreno’s environment downplays this accusation and denies that the rest of the summons as investigated that the judge has made to other members of her party in Almería, such as the mayor of Fines, Rodrigo Sánchez Simón – who has governed the Almeria municipality since 2003 and that he is the uncle of the former third and main vice president implicated in the plot, Óscar Manuel Rodrigo Lirio Sánchez – pose a problem, according to the sources consulted by this newspaper. The leader of the Andalusian PP climbed this morning the stairs that lead to the monumental complex of La Alcazaba accompanied by the president of the Almeria Provincial Council, who was the one who signed the supply contract under investigation and whom the PSOE asked this Tuesday if he planned to continue maintaining in his position to Giménez after knowing his accusation in the case Masks.

The judge considers that the delegate of the Presidency of the Almería Provincial Council was the one who proposed the contracting of the supply of masks to the company Azor Corporate Ibérica SL, whose owner, Kilian López, is being investigated for his alleged link with a criminal organization dedicated to trafficking of drugs, arms and money laundering. López, in addition, had already signed with another of the mercantile companies in his name, Pulconal, another 13 contracts with the Provincial Council. Giménez has declined to speak for this newspaper. An interlocutor from the Almeria Provincial Council has indicated to this newspaper that the popular leader will only make statements before the judge and refers to his intervention in the investigation commission on the case that was opened last summer.

In his speech then, Giménez acknowledged that it was Liria who recommended the name of Azor to carry out the mask contract and provided the company with his contact information. The PSOE alleged that the agreement of two million euros was managed by Giménez through his personal email in 12 hours. It was Kilian’s company that first called the number two of Aureliano, who spoke with a third person and later with López himself, although, in the appearance, Giménez alleged that he did not remember what he had spoken with them.

The interlocutor of the Diputación maintains that the file that Giménez processed, because it corresponded to him by his position, “is his legal guarantee that everything was done well” and will also be what he fences before the judge. The investigation commission concluded without indicating any political responsibility thanks to the votes of the PP and Cs, the abstention of Vox and the opposition of the PSOE. In addition to the alleged irregularities in the award of the contract, Azor not only did not deliver the compromised sanitary material on time, but part of what was delivered was defective. Aureliano terminated the contract with the company just 15 days before the scandal broke out over the alleged irregular commissions charged by his then third vice president.

The judicial fronts that have municipal governments of the PP of Almería in their sights have multiplied in recent weeks. After seven years of comings and goings with the instruction of the Hispanic case Almería, In the background of which is the alleged illegal financing of the party in that province, the judge in charge of the investigation has specified the accusations about the secretary of the Roquetas de Mar City Council, Guillermo Lago; the Councilor for Finance and Contracting, Teresa Fernández; the former inspector Luis Ortega; and three of its municipal techniques, as well as another 20 people linked to the La Mojonera council, including its former mayor, José Cara.

Both localities are the main scene of a police investigation that began in 2014 and that concluded that the PP of Almería, the most powerful provincial organization of the party in Andalusia, financed its electoral campaigns for the municipal elections in 2003 and the regional ones in 2008 with commissions. illegal from the construction company Hispano Almería. Now, the judge in the case is trying to determine if that business conglomerate maintained a system of payments to this party in exchange for the award of works, and if there was illicit enrichment of its leaders.