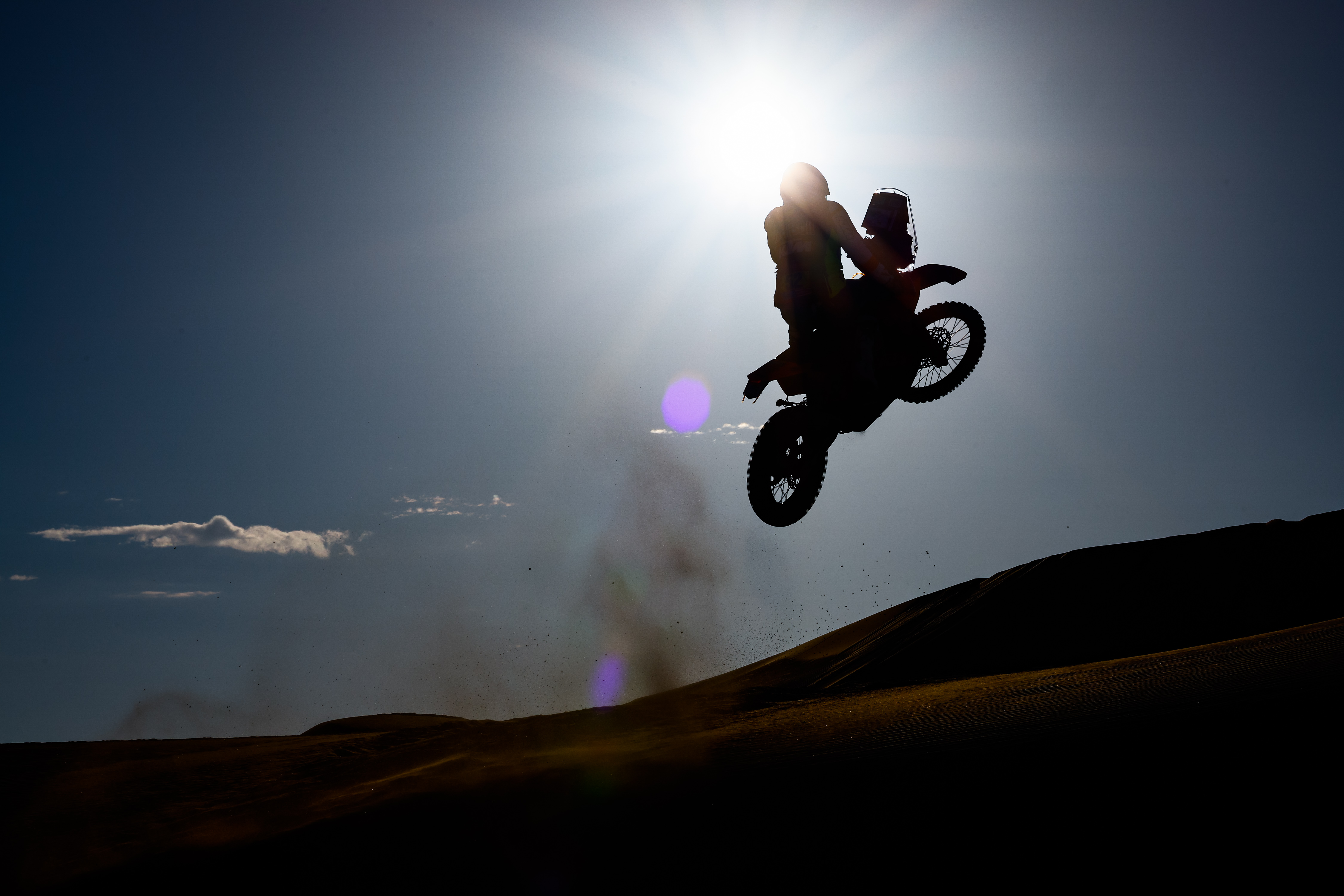 Ten minutes separate the Spanish driver Joan Barreda from the dream of winning his first Dakar Rally. The Honda rider faces the last three days of competition with hope. And a battered left shoulder, with a non-displaced clavicle fracture from last Thursday. After a ninth stage, with a very fast loop around Wadi Ad Dawasir of 287 km, in which there were no big surprises, although the general leader, Sam Sunderland (GasGas), accused until yesterday of having they open the track ahead of their rivals.

The Briton left eight minutes with respect to the winner of the stage, the Chilean José Ignacio Cornejo (Honda). And the general left the times even tighter: the top six finishers are separated by just over 10 minutes.

“There was navigation in some areas, but it was difficult to make big mistakes. We expected it to be a somewhat more complicated stage ”, conceded the winner of the day, Nacho Cornejo. “Everyone went very fast today, the pace was very high, and also those in front have made no mistakes. I have kept a constant rhythm, without pressing too much, controlling the navigation ”, explained Barreda. The timed, indeed, did not leave much news: none of the contenders for the final podium was lost, none had an accident, none suffered any damage. So what could have been a day to go on the attack – that was how it figured in Barreda’s mind, for example, that he started tenth and aspired to take a few more bites in the general – was almost flat.

The candidates this Tuesday are the same six drivers who were among the top positions of the Dakar Rally yesterday, which will end this Friday with a last and short special road to Jeddah, on the west coast of Saudi Arabia, on the shores of the Red Sea. But the distances today are less than yesterday. And that fuels competition and intrigue. There are three days left and a little less than 900 kilometers to try the machado. The key day should be this Thursday, when the longest and most complex special of the three is expected, just before the final day, for which the organization has reserved a timed of only 163 kilometers.

The overall is now led by KTM rider Matthias Walkner, who overtakes Sunderland by just over two minutes. Almost four is Van Beveren (Yamaha). And at 4m41s the Honda pilot Pablo Quintanilla. At 10m22s, his former teammate and last year’s race winner Kevin Benavides, today at KTM. And at 10m57s, Barreda, winner of two stages in this Dakar before breaking at the end of the first week of competition.

Any one of the six could finish on Friday at the top of the podium in Jeddah.

So believes Barreda, the sixth. “The positive is that we still have options to fight, we are trying to recover our physique by working with the physios every day to reach the end in the best way,” added the Torreblanca rider. Keep running in pain. Especially after the stage this Monday, when he had an accident, another, and the motorcycle fell on him. “It was a very hard day, with the fall my clavicle displaced again.” That meant more inflammation, more pain. She had to do a few kilometers without hardly feeling her hand, which was asleep. “This Tuesday, luckily, everything has gone better and the pain has gone from less to more. I have been able to recover ”.

The Dakar race was complicated for Barreda from day one, because he lost a lot of time due to a navigation failure. “Since then I have had to squeeze. Then I had the bad luck of this fall, which is conditioning me a lot ”, he confesses. Despite this, he was able to recover those 40 minutes of the first stage. And now he only thinks about reaching Jeddah. “Anything can happen. The best thing is to have the feeling that we have given the maximum and that the final classification shows what I deserve, there is nothing more ”.

In cars, nothing and nobody bothered the leader Nasser Al-Attiyah, who continues to control the race with speed and success. The Qatari, Toyota driver, a well-established project for years, also makes mistakes and suffers breakdowns, as happened this Monday, when he punctured and had a problem with his car, but good fortune and his good head have led him to the first place of the general from first of change. Especially since in the first stage, the one that left multiple rivals circling like a headless chicken in search of a crossing point, he was one of the few who did not hesitate and found his way. He competes throughout the year in the World Championship with the same car and with the same co-driver, Mathieu Baumel, and that, when you get to the Dakar, it shows. Experience and the fact that his two main rivals, namely Carlos Sainz and Stéphane Peterhansel, lost all chance to fight for the race in that first stage have taken the pressure off Al-Attiyah, who is racing slowly but surely . And he arrives at the last days of competition with an advantage of more than 39 minutes over the second classified, the French Sebastien Loeb (Prodrive), the only one who could take him away from his fourth Touareg.

This Tuesday’s stage was won by Al-Attiyah’s teammate, Giniel de Villiers, who finished with a time nine seconds faster than that of the other Toyota team member Henk Lategan. Third was the Qatari, who was left just over a minute while Loeb gave up two minutes.