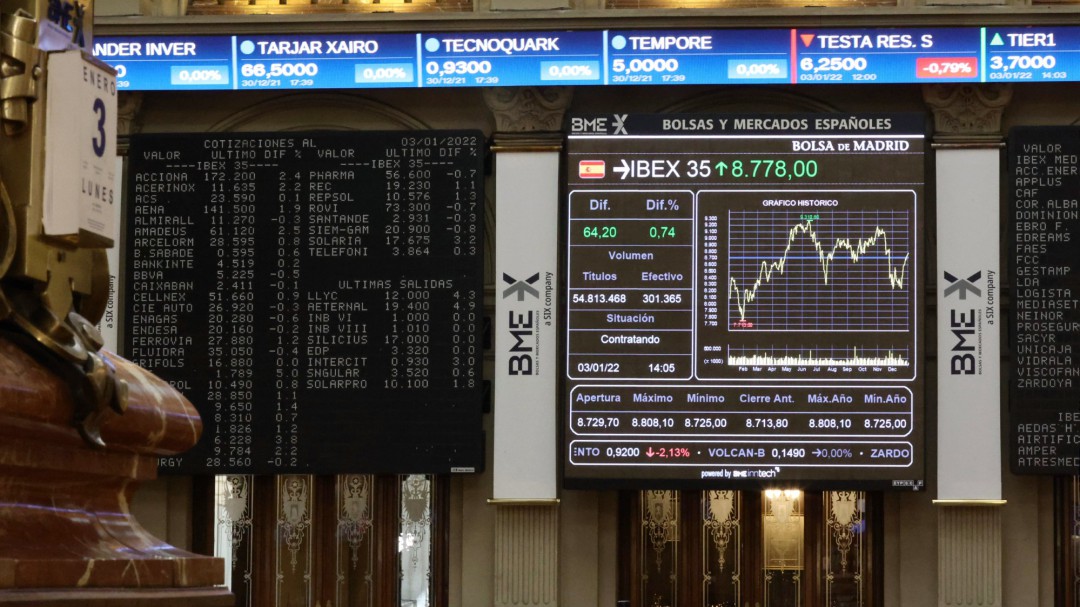 The publication of the minutes of the last meeting of the Federal Reserve of the United States has supposed a new twist to the behavior of the markets, which are now facing a withdrawal of debt purchases more accelerated than originally calculated, and up to three rate hikes this 2022. A change in the rules of the game that, despite the fact that the euro area achieved a 5.7% price increase in December – according to Eurostat data, which in Spain rose to 6.7% – it does not seem that it will be produced in Europe in the short term, and that is causing a change in trend in the stock markets around the world: the rises in technological values ​​are beginning to reverse, while the banks are taking over.

“Inflation is clearly going to fall very quickly in 2022. Our forecast is that the CPI in Spain will already be around 1% in December of this year, even somewhat lower in the first months of 2023, and that central banks continue with their gradual and partial or incomplete normalization of monetary policies, so that financing conditions for governments, families and companies will continue to be very favorable. The economic recovery is going to progress, it is going to consolidate and that is going to translate into strong increases in corporate profits: we estimate that, on average for listed companies worldwide, of the order of 11% this year and that this more or less ends up translating into stock market revolutions of the same order of magnitude ”, Roberto Scholtes, strategy director of UBS Spain, defends in Hora 25 de los Negocios.

Earnings that are already reflecting the five banks of the Ibex 35, which have risen more than 6%. Advances that are especially relevant in the case of Sabadell, which recorded almost 13%, and Caixabank, which added 11.4% compared to falls of around 5% at the beginning of the year in the large US technology companies, securities that had doubled their capitalization in the last two years.

“I believe that banks are also discounting this rise in rates and returns, which is essential to understand it. We have also seen this on several occasions throughout 2021, when there was fear that the yield on bonds would rise – now there has been a rise from 1.50 to 1.80 is a 20% increase in yield of the bond and that all of a sudden shows that Banks are looking forward to that rise to have intermediation margin and to be able to generate, let’s say, an activity that is what they do-. This is essential to bet on banks, bond yields, but there are other factors: if economic activity suffers or if, precisely because of the rise in the cost of debt, whatever it may be, there are sectors of the economy that cannot repay their loans to their credits that can affect from the point of view of solvency and the banks’ profits by forcing them to have to generate more endowments. Therefore, be very careful: initially, of course, they are going to benefit from the rise in expectations of a rise in interest rates, in bond yields, But be careful, because in a second round what we can have is a danger in everything that affects its activity to have to generate more endowments”Warns José Miguel Maté, CEO of Tressis.