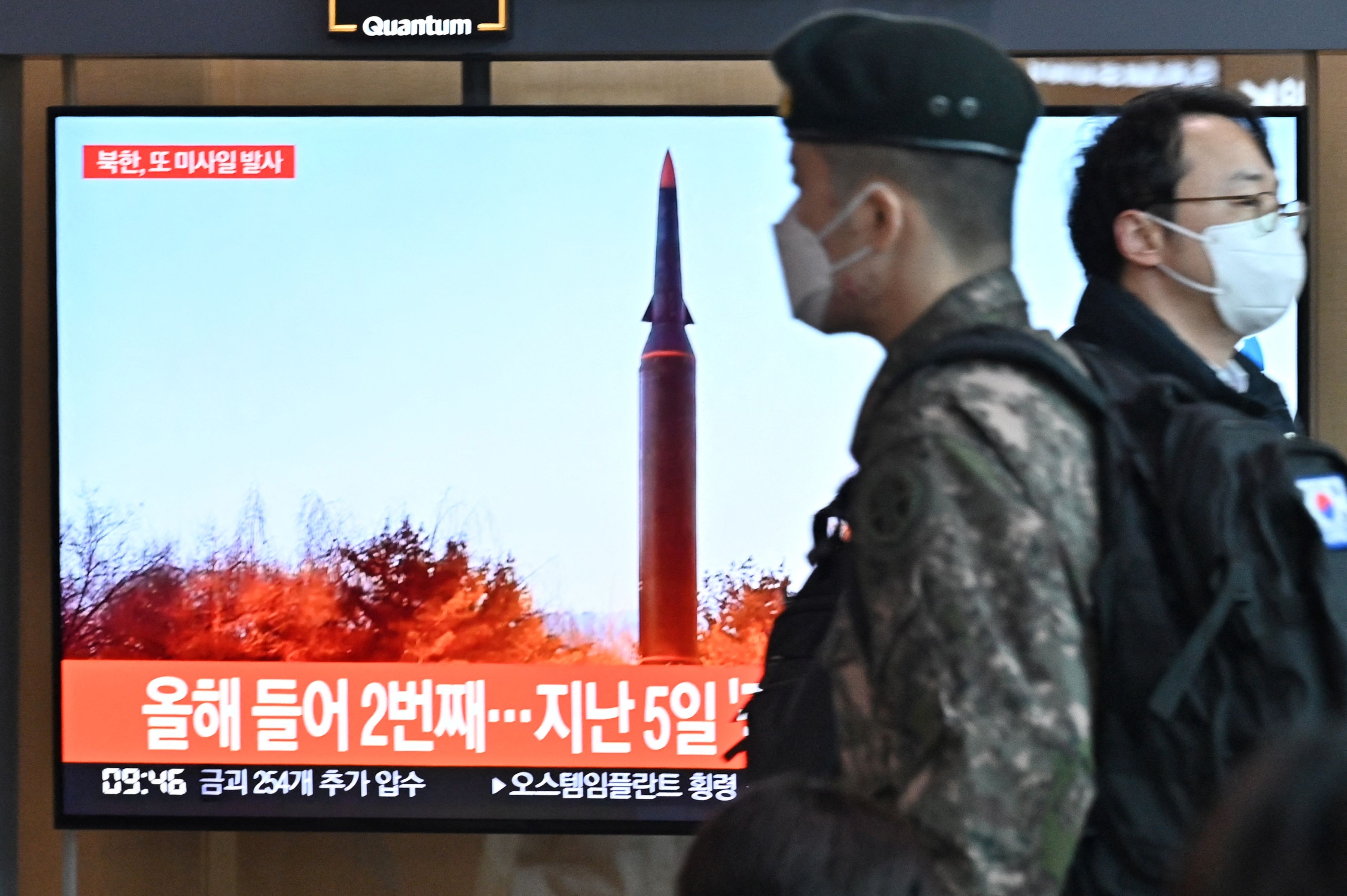 North Korea launched its second missile in just six days into the Sea of ​​Japan on Tuesday, according to South Korean and Japanese military authorities. The South Korean intelligence services estimate that it is a “more advanced” projectile than last Wednesday.

The South Korean Joint Chiefs of Staff believes that the projectile launched this Tuesday is a ballistic missile and that it was fired from the northern province of Jagang around 7.27 in the morning (23.27 on Monday in mainland Spain) in the direction of the sea. East (as the Sea of ​​Japan is known in the two Koreas). Calculate the missile’s flight range at more than 700 kilometers, with a maximum height of about 60 kilometers, and a maximum speed up to 10 times faster than that of sound (Mach 10; 12,348 kilometers per hour).

This new display of Pyongyang’s military might reaffirms the message sent in the New Year by North Korean leader Kim Jong-un, in which he promised to “boost the country’s defense capabilities” to “counteract the unstable international situation.”

Seoul and Tokyo have been quick to condemn the launch as a clear violation of resolutions passed since 2006 by the UN Security Council, which prohibit Pyongyang from developing and using ballistic missiles, in addition to acquiring the necessary technology to do so.

South Korean President Moon Jae-in has expressed concern that North Korea will carry out these tests at a time when the region needs “stability.” Seoul is concerned about their frequency and that they occur three weeks before the start of the Winter Olympics in Beijing and less than two months before the South Korean general elections. It has also asked the Government to draw up a series of measures to prevent future tensions in relations with the northern neighbor.

Tuesday’s launch comes a day after the UN Security Council held a closed-door meeting to discuss last week’s North Korean ballistic test. The meeting was preceded by a statement from the United States, seconded by France, the United Kingdom, Ireland, Albania and Japan, in which the essay was crossed out as a “significant threat to regional stability” and Pyongyang was urged to dialogue. The US ambassador to the UN, Linda Thomas-Greenfield, stressed that the launch “shows North Korea’s determination to expand its military capabilities illegally.”

Last Thursday, Pyongyang announced that it had fired a new hypersonic missile the day before. In the test, the “hypersonic sliding warhead” maneuvered 120 kilometers laterally before “accurately hitting” a target 700 kilometers away, according to state agency KCNA. The South Korean Defense Ministry, however, described these claims as “exaggerated” and assured that, although the projectile showed some characteristics of a hypersonic missile (any projectile that reaches Mach 5 is considered as such), it cannot be technically qualified as such. Seoul also doubted that the North Korean regime has acquired the necessary technology to launch hypersonic weapons.

Also, last September, Pyongyang successfully conducted its first test of a hypersonic missile, the Hwasong-8. As the KCNA specified then, it was “one of the five most important new weapons systems” included in the five-year plan, which will run the country’s economy until 2025. In addition to the launch of the Hwsong-8, North Korea carried out another seven Military trials that captured the attention of the West, including long-range cruise missile maneuvers, with one shell fired from a train and another from a submarine.

Despite the fact that the North Korean regime is developing projectiles capable of tracing irregular trajectories, which hinder the work of radars and pose a challenge for anti-missile shields, the Joint Chiefs of Staff has communicated that the South Korean Army can “detect and intercept them.”

Moon Jae-in’s efforts to sign a declaration ending the Korean War (1950-1953) – which concluded with the signing of an armistice instead of a peace treaty – seem not to resonate across the 38th Parallel. , while Kim Jong-un has rejected invitations from the US Administration of Joe Biden to try to reactivate the negotiations on denuclearization, stalled since the failed summit in Hanoi (Vietnam) in 2019.