Skip to content
Home News Key day: the first pig heart transplanted into a human will begin to function without mechanical assistance | Science and Technology 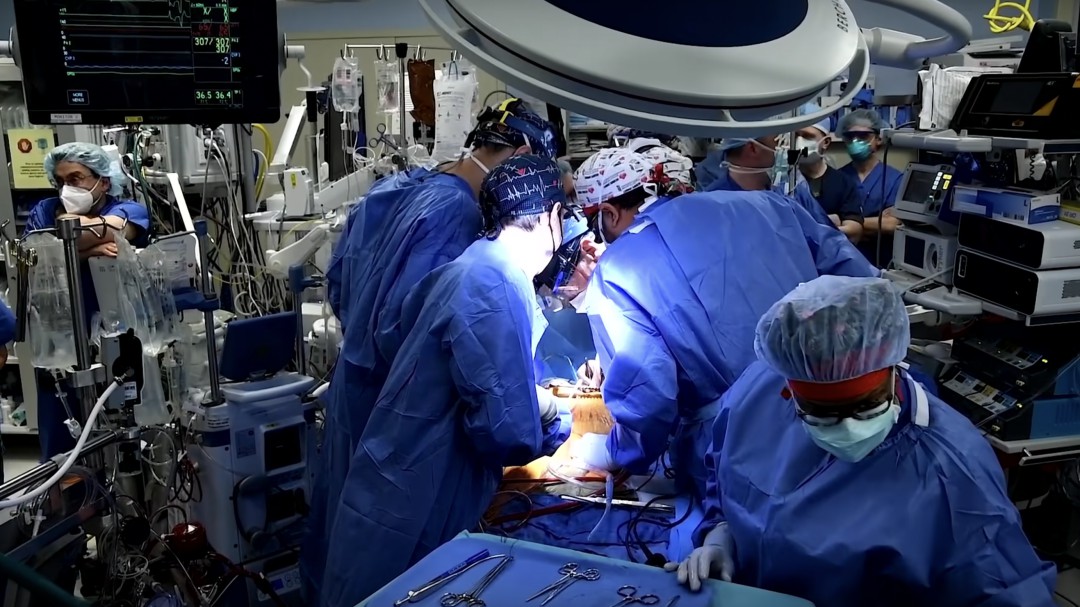 It has been three days since the first heart of a genetically modified pig was transplanted and, so far, the recipient, a 57-year-old man suffering from a life-threatening disease, maintains his vital signs and has already been able to speak with his family , for the first time since the operation whose images can be viewed.

In addition, according to one of the surgeons at the University of Maryland Medical Center who has participated in this operation, Dr. Mohamed Mohiuddin, at the moment, “there is no sign of rejection and this is very important.”

But the next few hours will be vital, because the medical team at the University of Maryland, in the United States, already plans to disconnect the patient from the machine that is helping him to maintain his blood circulation and, in this way, his new heart will begin to function without any type of mechanical assistance, as Dr. Bartley Griffith, another surgeon who has performed this historic operation, has also explained.

Before the transplant operation, ten genes from the first pig heart transplanted into a human being have been modified by a biotechnology company in the United States, with two basic objectives. On the one hand, avoid rejection by the human body and, in addition, a gene has also been inactivated so that this organ of porcine origin cannot continue to grow.

For the first time, a team of surgeons in the United States has succeeded in transplanting into a man with serious heart disease a heart from a pig that has been genetically modified to make it compatible with the human body.

This pioneering operation lasted eight hours and was successfully performed last Friday by a team of surgeons from the University of Maryland Medical Center, in the United States. The recipient is a 57-year-old man, David Bennett, who suffered from life-threatening heart disease.

It is the first successful transplant from a pig heart to a human being and, according to experts, this innovative procedure offers new hope for the hundreds of thousands of people around the world who are on the waiting list to be able to replace your damaged heart.

“We hope that the transplanted heart works well,” concludes Dr. Bartley Griffith, adding: “It is working and seems normal. We are excited, but we do not know what tomorrow will bring. This has never been done before.”

A technique that began in the 1960s

For several decades, scientists around the world have been working to develop pigs whose organs are not rejected by the human body, but this type of research has accelerated in recent years thanks to the use of modern gene editing techniques.

A couple of months ago, another team of doctors in New York successfully transplanted a kidney from a genetically modified pig into a brain-dead person.

On this occasion, this team of doctors decided to go for an experimental treatment, because the patient would have died without a new heart and was already too ill to be able to access a heart from a human donor.

Transplants to humans of animal organs are called “xenotransplantation” and already have a long history.

In the 1960s, the first chimpanzee kidneys were transplanted into some human patients, but the maximum life span of a recipient was nine months. In 1983, a baboon heart was transplanted into a baby, but the baby died 20 days later.

Why the heart of a pig?

Pigs offer advantages over primates for organ procurement, because they are easier to raise and reach adult human size in just six months.

On this occasion, David Bennett’s transplanted heart came from a genetically modified pig by scientists from Revivicor, a regenerative medicine company based in the US state of Virginia.

The pig had 10 genetic modifications, and four genes were turned off, including one that encodes a molecule that elicits an aggressive human rejection response and another to prevent the pig’s heart from continuing to grow after implantation.