Skip to content
Home News “I had the prince on the bench!” | sports 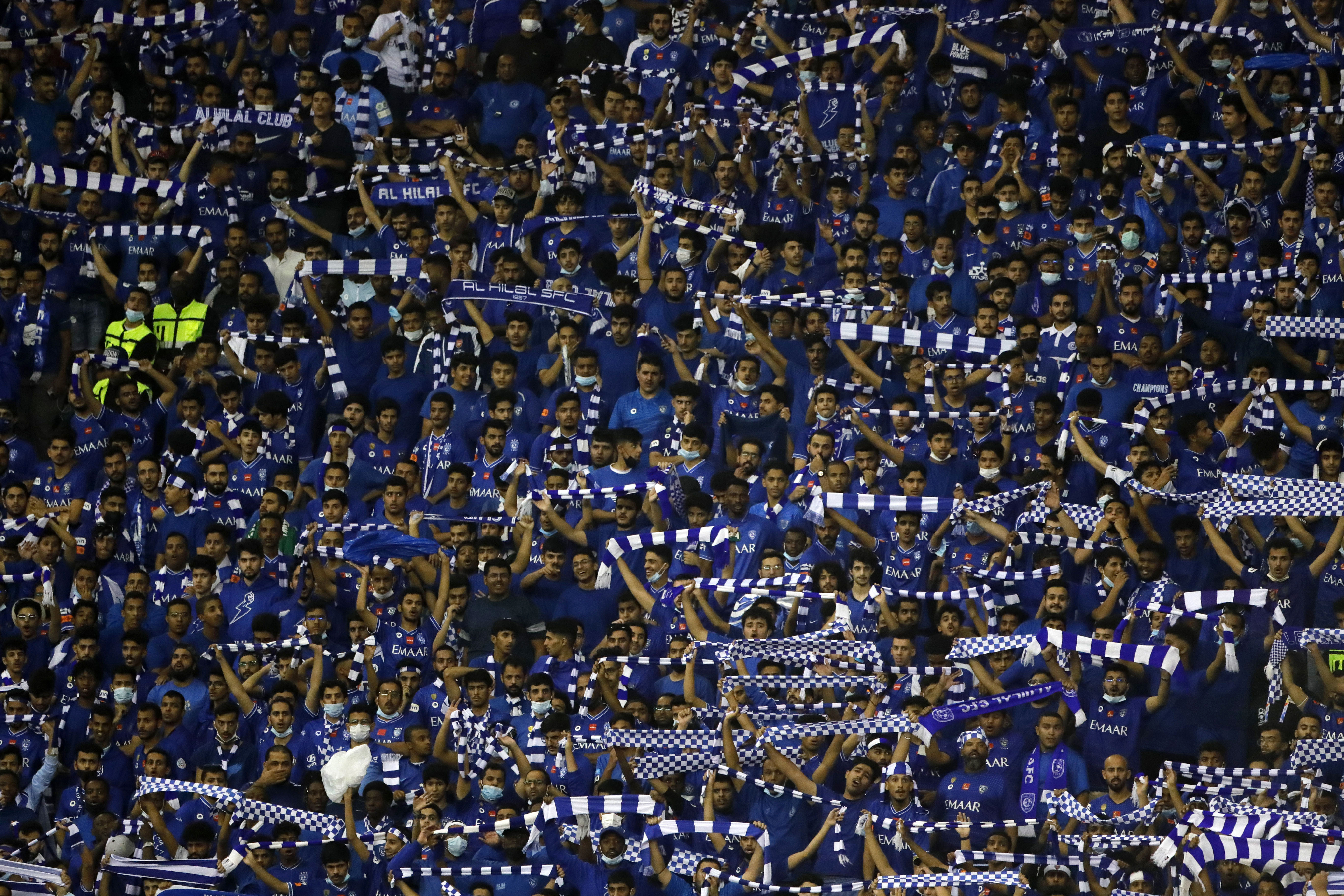 When they told him where he had to go to see those children who were so good with the ball play, Juan Ramón López Caro, a coach who passed through Madrid, Levante and Celta, among others, rubbed his eyes in disbelief. “In the desert?” He asked several times. But the answer did not vary because in 2012, when he acceded to the position of sports director of the Saudi Arabian team, there were no national competitions in lower categories, but remained in provincial ones. “Normally, they warned us that there was a very good boy through some contact of the federation, a fan or friend … So, we brought them to our facilities to see them and many surprised you”, López Caro now recognizes; “It worked because when I led the national team a year later (Frank Rijkaard’s replacement), I had five Under-21 players that I had brought out of the desert.” He took pains to change the model and succeeded in getting the federation to create national leagues and force clubs to create teams from 13 to 19 years old, to the point that now a child makes the same flights as a professional. A giant step for the country’s youth academy, which, however, is always at the forefront of soccer in the Gulf because it has plenty of passion and money.

It is rare the occasion in which a Saudi Arabian team does not reach the semifinals of the Asian Champions League, a tournament that Al Hilal has won twice in the last three editions, a leading team along with Al Ittihad, Al Nassr and Al Shabab . “They are the great forgotten of world football. The best teams in the country would not be out of tune in the League because the average salary is 1.2 million net and there are some foreigners who earn between six and seven million euros, ”explains Raúl Caneda, Lillo’s former assistant at La Real and Almería, also coach of two Saudi teams in three different eras. “It is a First level. More than anything because the regulations allow seven foreigners per team and most of them have a high level. I had Banega, N’Diaye, the Tunisian goalkeeper (Ben Mustapha)… ”adds Luis García Plaza, now coach of Mallorca and in 2019 of Al Shabab. Footballers such as El Ahmadi, Ighalo, Funes Mori, Vincent Aboubakar or Romarinho, among others, also stand out.

“They are not going to bring Messi or Cristiano Ronaldo, but they invest in good signings and they look at the curriculum a lot, that they have played in big clubs in Europe,” says Pablo Machín, who managed Girona, Sevilla and Alavés before training in Saudi Arabia , first to Al Ain and now to Al Raed. “A top level. Along with the Chinese and Japanese leagues, they are the best on the continent. Something normal because they have a lot of money and the players on top of it do not pay taxes as it is a tax haven ”, resolves Carlos Inarejos, who is now at Karpaty Halych, from Ukraine, but previously passed through Al Hilal and Al Shabab.

The local footballers, in any case, do not clash. “They are quite good, they have a predilection for touch football and they always want to be what they call playmaker, an 8 or a 10 ″, says Luis García. “But they are conformists and do not want to go to Europe because if they are abroad, as happened to me with the preseason I did in Spain, they told me that they missed the desert,” adds Machín. “Also because they earn a lot of money and are really idols for a society where there is not so much fun either. His passion is similar to that of Turkey and in the Cup final, for example, fans enter the stadium five hours earlier and the match is followed by 25 million spectators ”, Caneda adds. “And if you only look at the fans in the stadiums, you don’t know who wins because from the beginning to the end they don’t stop singing,” explains Machín.

Although in the time of covid there are not so many fans in the fields, but several friends meet in summer or weekend houses to watch the meetings and, above all, express themselves on social networks. “It’s crazy how they live hanging on these applications,” says Machín. “The Twitter world is abuzz,” says Luis García. “It is his escape valve and any president has two million followers in his networks”, highlights Caneda. “That ambition that the footballers do not show is the fans, who want to win and play better than the rival. And that, on occasions, affects the decisions made in the clubs ”, the witness Machín collects. For this reason, in 15 days of the League there have been 15 changes of coach and some team already has three coaches in this course.

“They live with the theory of ‘I want it and I want it now’ because perhaps that is the power that money gives,” argues Machín. “It’s terrible, it’s the place in the world with the most volatility. I, for example, was fired from Al Nassr when I was leading. We would have to ask the prince why he made that decision… Although he later signed me a couple of years later, ”laments Caneda. “It is the pressure of the owners or the princes who are behind the teams because they make a lot of investments and want results. I had a sheikh who called me at eleven o’clock at night and told me to go to his house to explain what he was doing, what signings he wanted… ”, reveals Luis García. “Well, I had the same prince on the bench! Although he never told me anything about lineups, ”reveals Caneda. Something that is not so strange because although the State grants the same amount to each team, then each one can add the millions they want with sponsorships, money from the princes or even incorporations of players that a sheikh buys and gives to the team.

The peculiarities of the leaders also extend to the lawn. “They live a lot at night and get up very late, so putting them in training in the morning is a chore for them. If the game is three in the afternoon, sometimes you have to go to get them up to the rooms for the talk ”, Machín slides; “Furthermore, it is a country conditioned by religion. I remember that at the beginning they stopped in training to pray, so I had to adjust to the schedules. The same happens before playing or training. Even the matches are programmed so that they do not coincide with the prayers ”. The same thing happened to Inarejos: “In the end you adapt. I decided, especially in the Ramadan season, when they don’t eat or drink until the sun goes down, to start training at ten o’clock at night. And you understand that they also concentrate like this, praying to Allah ”. Another peculiarity in the local soccer player is that he puts the family before him in a notorious way. “It may be that one day they will tell you that they are not coming to train because someone close to them has a fever and they want to stay with him. Or because they have to take him to the hospital because the other does not drive ”, adds Machín.

Now women already drive in the country, a measure established in 2017 by King Salmán bin Abdulaziz, since in recent years he has followed the opening councils of his son, Prince Mohamed bin Salmán. “There have been significant changes such as that there are no longer spaces reserved for men or women in restaurants, but rather that they mix,” says Inarejos. “I was not allowed to enter a store once because I was wearing shorts, but the country is opening up to the world. More than Europeanizing, it is Americanizing. There are many fast food franchises and, above all, coffee and tea because alcohol is not drunk ”, points out Machín.

Another measure that changed in 2018 was the entry of women to stadiums, although at that time they did not mix with men in the stands. Imperative that forced the Spanish Federation to undo to see the Super Cup two years ago. In this one, they also don’t want to see “women only” posters.

Óscar Vicente (O Rosal, Pontevedra; 32 years old) celebrated the Asian Champions League last year from the bench, as a physiotherapist for Al Hilal. A triumph that tasted of glory and that gave, in part, meaning to his trip to Saudi Arabia after being in Mexico, Abu Dhabi, Mallorca and even in Leganés. “I was also Saudi Arabia in 2016, at Al Shabab, but the experience was not very good because it bored me, because I didn’t know too many people … And I decided to go back to Mallorca. But, things in life – he accompanied coach Toni Amor – here I am again, now with my girlfriend. I am in the greatest team that fights to win the league and the Champions League. We will also go to the Club World Cup, although we know we don’t have many opportunities against Chelsea… ”, he says from the Middle East. A race that for a time he was able to combine with his other races, triathlons at the highest level because he trained and competed with Javi Gómez Noya, a great friend of his. “Until 2103, I got to run the World Series. I was the junior European champion in Duathlon (2008) and in a 2013 World Cup event I was in 16th place, three behind Noya ”. But he suffered an accident and went to work.

Óscar Vicente is surprised by how Saudi Arabia is evolving, increasingly open although there are still many things and freedoms (for women) to improve. “But as the country is now, you can live in an apartment in the center of Riyadh and not in a compound“, bill. Unlike the technicians, he is not so afraid for his work. Also because he has befriended the president, who is none other than Fahad bin Nafil, one of the owners of the luxurious Four Seasons hotel chain. “The good thing is that here, if you need a machine, they buy it. Or they pay us the trips that are needed for our training. If you have to change field grass, you change … They do not skimp on resources. And they treat us super well ”, he adds. And between meals, he goes for a run or if it’s too hot he gets on the treadmill. “I do it for hobby”He states.