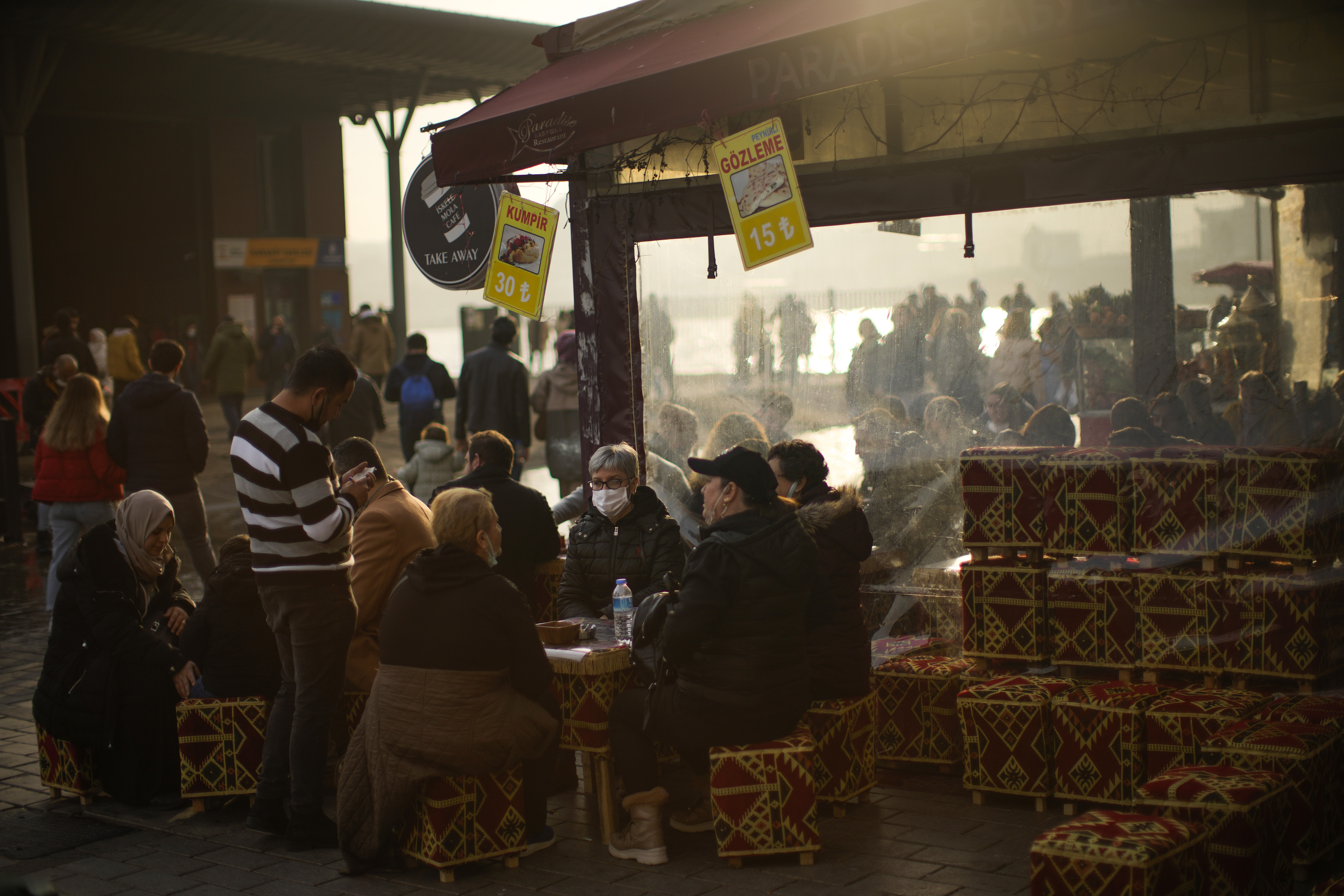 The withdrawal of monetary stimuli, faster than initially announced given the rise in inflation, and the rise in interest rates in the United States is beginning to affect the emerging bloc. The International Monetary Fund (IMF) on Monday called on middle-income countries to “prepare” for the change in tone of the Federal Reserve and for “possible episodes of economic turbulence.” “Sentiment has changed and the prospects in these markets are more uncertain,” write three economists of the organization, Stephan Danninger, Kenneth Kang and Hélène Poirson, in an entry in the Fund’s blog, a forum that the entity uses repeatedly to send messages to sailors. “The public debt has grown by almost 10 percentage points since 2019,” they underline “” and, contrary to what is happening in the US, the recovery of its economy and its labor markets is being less robust. “

In recent weeks, capital inflows into low- and middle-income countries have come to a halt, according to the latest data from the Institute of International Finance (IIF, a sort of global banking association). Always with the background ghost of taper tantrum, the technicality that alludes to the investment stampede caused in 2013 by the tightening of the monetary policy of the first world power and whose mere listening causes cold sweats in the capitals of the developing world. “One more Federal Reserve hawkish [favorable al endurecimiento de la política monetaria] It is a problem for emerging markets and one of the greatest risks in our analysis ”, summarizes Jose Pérez Gorozpe, head of analysis of the rating agency S&P for this group of countries.

Before the IMF, the alarm bell about the weakness of the emerging countries in the face of this change of scenery had been the Bank for International Settlements (BIS, the coordinator of the issuing institutes around the world), which in its last review of the situation of the markets on a global scale cast its gaze on the rising cost of financing in these countries. The entity based in Basel (Switzerland) also pointed to the gradual loss of value of its currencies compared to a stronger dollar every day, which “reveals concerns about its economic prospects, contributes to the tightening [de las condiciones financieras] and adds pressure on inflation ”.

The historical pattern does not fail: as the dollar rises, the arrival of fresh money to emerging markets suffers. The strength of the greenback is a particularly worrying problem for the countries most heavily indebted in foreign currency. They are, above all, the poorest, who have fewer options to issue bonds in local currency and are forced to borrow in hard currency as the last possible option. “Debt denominated in local currency will be able to be liquefied via inflation, and that is a benefit that these countries did not have in 2013. But debts denominated in dollars will rise, creating an additional problem,” he says by phone. Jonathan Fortun, IIF economist.

The parallels with 2013 are inevitable. But there are, nevertheless, some important elements that differentiate the present moment from the then. “It is true that developing countries are more indebted, but it is also true that the Federal Reserve is going to be much more cautious and that China’s influence – for better or for worse – is much greater than it was then. In addition, the increase in raw material prices puts exporters of commodities in a better situation than nine years ago ”, emphasizes Lourdes Casanova, director of the Institute of Emerging Markets of the University of Cornell (New York). More than the Fed, Casanova is concerned about the strong dollar: “It is bad news for these countries, because it makes funds flee from risk and move closer to safe assets in the US.”

Fortun also sees some positive notes. “The Federal Reserve, unlike in 2013, is being clearer when it comes to communicating, it is making it more gradual than then. The communication strategy is being much better and clearer ”, he values. In addition, he says, their central banks have anticipated the Fed: to stop avoiding capital outflows, stop the depreciation of their currencies and stop the escalation of inflation, more than half of the large countries of the bloc have raised rates of interest since the spring, according to the last count of the world banking bosses. And remittances continue to surprise upwards month after month, “saving many of these countries —such as India, Bangladesh, Mexico, El Salvador— by closing the gap of other flows that have not arrived,” he remarks in reference to tourism and exports. . The problem, adds the IIF economist, is that the economic fundamentals of developing countries are “more complicated than in the taper tantrum: the fiscal part is worse, and that drags the capital flows ”.

To speak of the emerging ones as if of a monolithic group, however, paves the way for error. China, with its own credentials of stability and high growth, has long been left virtually out of that denomination. And among the rest, the differences are enormous: Mexico is in an intermediate place and Russia – helped by the boom in raw materials, oil and natural gas – or Vietnam, to name two cases, have it much better than Argentina , Brazil, South Africa or Turkey.

The latter is the most worrying case, due to its rapid worsening in recent months, due to the inflationary spiral in which it is immersed and because it is going against the current: instead of raising the price of money, its central bank has continued to lower it. “In itself it was a country with many weaknesses and now it is the one with the highest risk in the block, along with Argentina,” says Pérez Gorozpe, from S&P.