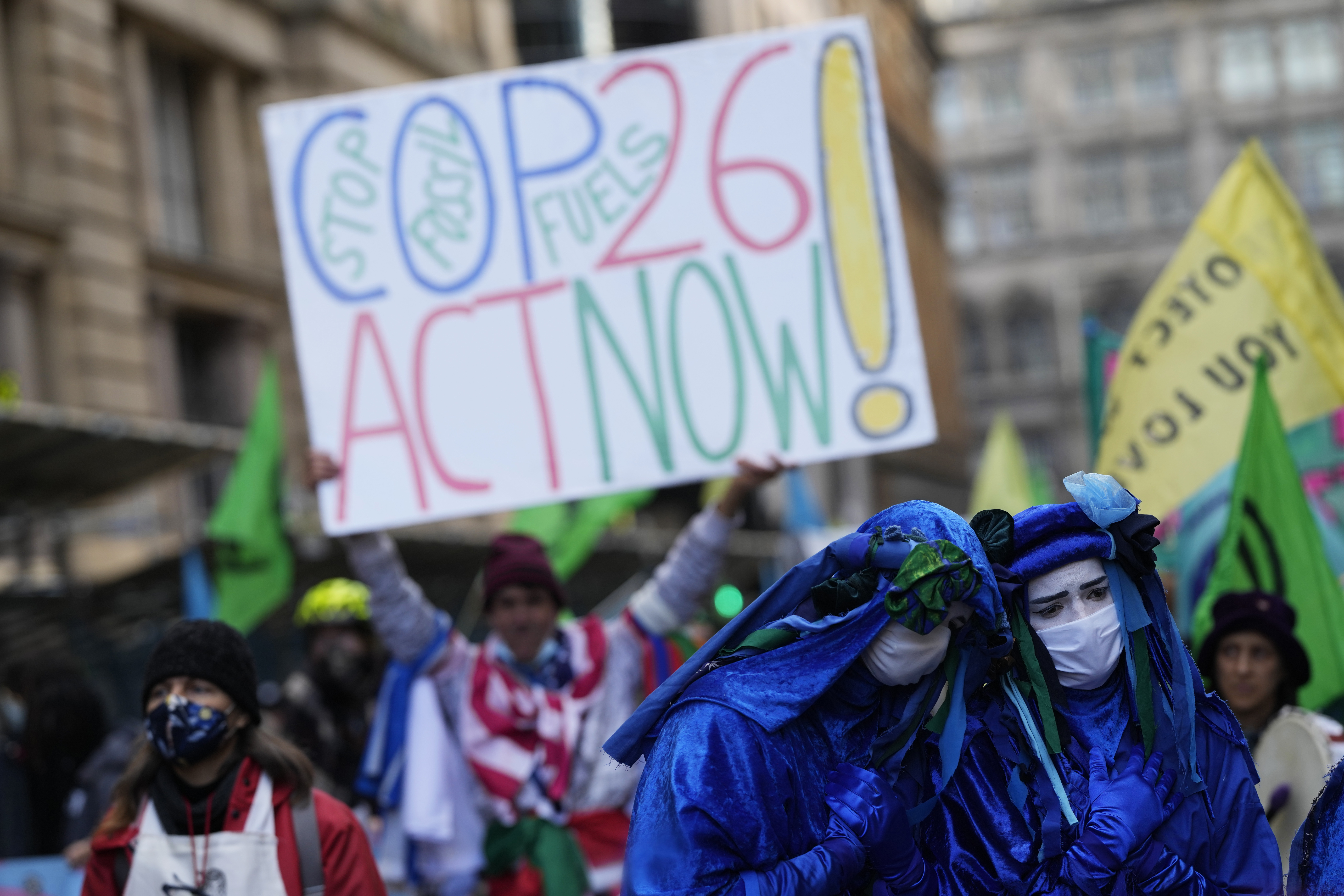 Hope does not wait. After 30 years of climate negotiations within the United Nations, and with only eight years of effective action remaining (this decade), we cannot risk everything to that same card, the loser to date. We certainly face a governance problem. Probably, national sovereignty is incompatible with the proper management of the common good on a planetary scale. We are seeing it with the pandemic: the every man for himself, we vaccinate “ours” and close borders, it is useless. Globalization has eliminated all of them, so it is no longer possible to open them for tourism and close them for migrants, viruses, polluting emissions or invasive species, no matter how much we frown on the “Anthropocene”.

Common sense advocates the transdiscipline of planetary health, the only one that simultaneously tackles ecological and social disorders, so intimately and economically linked. The conclusions of the recent World Inequalities Report 2022 They could not be more blunt, in the words of Lucas Chancel, co-author: “Global economic inequality fuels the ecological crisis and makes it much more difficult to tackle it. It’s hard to think of accelerating climate action efforts without greater redistribution of income and wealth. ” Going further if possible, puts us on the right track: “If there is a lesson to be learned from the global research carried out within the framework of this report, it is that inequality is always a political option.” Yes, the escape route is political, in particular it passes through truly citizen governance, the master key to equity. Pure logic: the the status quo It will not change the game board (globalization), nor the rules (negotiations between national governments and corporate lobbyists) if only he plays. Either we play all or it won’t work. As simple as that.

Inequality is always a political option

And simple it is, indeed. So much so that, obviously, we didn’t even consider it. But at last we have hit the key. As often happens, many people in different places facing the same problem converge on both the diagnosis and the solution. Personally, it was clear to me the other day when I got up in the morning, after the magnificent meeting of the network of Ambassadors of the European Climate Pact: there are no borders, no sectors, no interest groups. Especially foolish is this last notion of narrow, selfish and short-term interests, which reduces our human condition to the absurdity of mere entrepreneurs or workers, rich or poor, men or women. No, serious mistake. We are all people. In situations and with different capacities, but people with the same rights and duties, part of the ecosystems on which we depend. We have gotten lost in our own labyrinthine constructs. Let’s go back to the essentials, let’s allow ourselves to go through the desire to live again, let’s collectively raise ourselves to see the forest again, in its complex splendor, and explore the way out together.

A Polish poet who was crossing Andalusia in her van once told me: “Language, Jesus, is a prison or a tool. Our languages ​​and cultures of capitalism are based on nouns, everything is things that we can possess: the sun, the beach, the animals. To evolve and survive, we must change language, which will transform our brains and world view accordingly. Some languages ​​of indigenous peoples closer to Pachamama are based on verbs, because the important thing is the actions that happen or we make them happen within the great organism of Gaia ”. There is nothing. A lesson in humility to once again treat ourselves as equals and interdependent, human and non-human, living and inert.

Going down to the concrete, any group of people, as aware of the challenges they face and of their own contradictions and imperfections, as they are motivated, committed and working as a team, have no limits. None. Indeed, this is the case of the network of ambassadors of the European Climate Pact in Spain. A network of change agents, of changemakers (actors of change).

On December 3, we met in Madrid, at the headquarters of the European Commission Representation, together with its director, María Ángeles Benítez, Teresa Solana, coordinator of international affairs for the Spanish Office for Climate Change at Miteco, and Katarina Fortun from the Commission’s Directorate-General for Climate (DG Climate). We come together to speak with sincerity and realism about the Climate Summits, the future of Europe and the planet, the role of the network and citizens. It was in those moments that we realized the powerful power we share. I have been and am in multiple groups, none like this.

For all of the above and because it stands as a bridge between institutions and people. We come from all spheres that have been and have been: universities and research centers, governments and public administrations, small and large companies, the media, political parties. It does not matter, that is not relevant, the potential lies in that we are able to put aside prejudices, colors and hats, and unite. From there, each one will use its resources, draw on its contacts, mobilize its networks. And we will multiply to net zero emissions and full justice of rights. Before 2050. Much earlier.

We have started in Madrid, but we already have several more stages in sight, from the Climatic Tour of Spain neither more nor less: Quart de Poblet in Valencia very soon, Malaga in spring, the Balearic Islands in summer, and Barcelona in the fall for another great Global Climate Strike with Youth for the Future. We are going to revive the Covenant of Mayors and translate it into concrete measures in coherent deadlines, from Citizen Assemblies for Climate at the local level and a lot of cooperation translocal. We will learn by doing, self-governing and co-managing the common. We will take the conclusions, recommendations and experiences to Egypt, to COP27, the COP of Africa, of equity and democracy, with a People’s House in the Pavilion of the European Union, for example. We are people, we are part of the problem, but above all and above all, together, we are part of the solution. Let’s make it happen.

Jesus Iglesias Saugar He is an ambassador for the European Climate Pact at Social Climate.