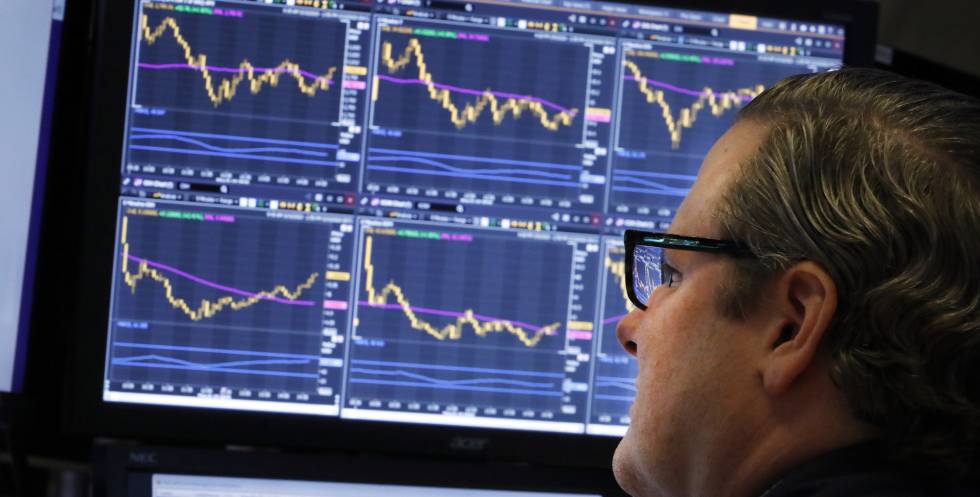 The falls on Wall Street have doubled the European stock markets, which after starting the second week of the year with timid rises, have closed the session this Monday in red. The Ibex 35 has managed to minimize the decline to 0.51%, but the Eurostoxx 50, which groups together the largest companies on the continent, has lost 1.54%, and other indices such as those of Paris (-1.44%) and Frankfurt (1.13%) and Milan (-0.96%) have suffered the blow with more intensity than the Spanish. The upcoming interest rate hikes by the US Federal Reserve to contain inflation continue to rattle markets, shaking tech stocks especially. At six in the afternoon Spanish peninsular time, the Nasdaq lost 10% from its historical peak in November, due to decreases of more than 2% in the session, to later regain ground and trade positive a few hours later. The Dow Jones and the S&P 500, after cutting more than 1%, have also cushioned their declines.

Within the Spanish selective, the multinational in the pool sector Fluidra has recorded the greatest loss (-5.56%), after starting a process of refinancing the capital structure of its syndicated debt to increase loans and extend terms until 2029. The telecommunications company Cellnex (-5.32), the technology company dedicated to wind energy Siemens Gamesa (-3.16%) and the pharmaceutical company Rovi (-2.95%) have also cut their positions. On the other hand, Telefónica (2.94%), CaixaBank (2.36%) and Grifols (2.07%) led the promotions.

Investors have their sights set on a whole series of important macroeconomic events this week. Among them, the US inflation data to be published on Wednesday stands out, a fundamental statistic to glimpse the speed at which the Fed will accelerate the withdrawal of stimuli. Economists polled by Reuters estimate that the CPI rose at an annual rate of 7% in December, up from 6.8% the previous month. Data for retail sales and industrial production in the US will be released on Friday, as the publication of the first business results for the fourth quarter of 2021 approaches, with the large banks JPMorgan Chase, Wells Fargo and Citigroup to the head.

Likewise, Goldman Sachs strategists expect the US central bank to raise rates four times this year, up from three expected so far. That scenario would mean a more abrupt change than expected by the Fed, which has been tying rates near zero since March 2020, when the pandemic broke out. The measure lowered financing costs for companies and boosted global stocks, especially US stocks, which have hit record highs. “The persistent rise in inflation could further propel the Fed hawks into betting on a steeper normalization path and, more importantly, fuel the expectation that the Fed should rapidly downsize its balance sheet to avoid flattening the yield curve while fighting inflation, “said Ipek Ozkardeskaya, an analyst at Swissquote, in remarks collected by Reuters.

Faced with a possible tightening of monetary policy, yields on US Treasuries have risen by 1.8%, their highest levels in two years. Jerome Powell’s Senate hearing is scheduled for tomorrow, and investors hope to get more details on the central bank’s moves from it. These perplexities occur in a context marked by the growth of infections and persistent supply problems, which in turn undermine investor confidence.

The Fed’s decision to toughen its policy has fueled pressure on cryptocurrencies as well. Bitcoin fell 5% on Monday to below $ 40,000, its lowest level since August 5. This cryptocurrency, which at the beginning of November reached a record of $ 69,000, registered a rise in 2021 of more than 60%, above any of the traditional investment assets. However, at the start of the year it stands out among the values ​​that have fallen the most, which undermines its consideration as a safe haven against inflation.