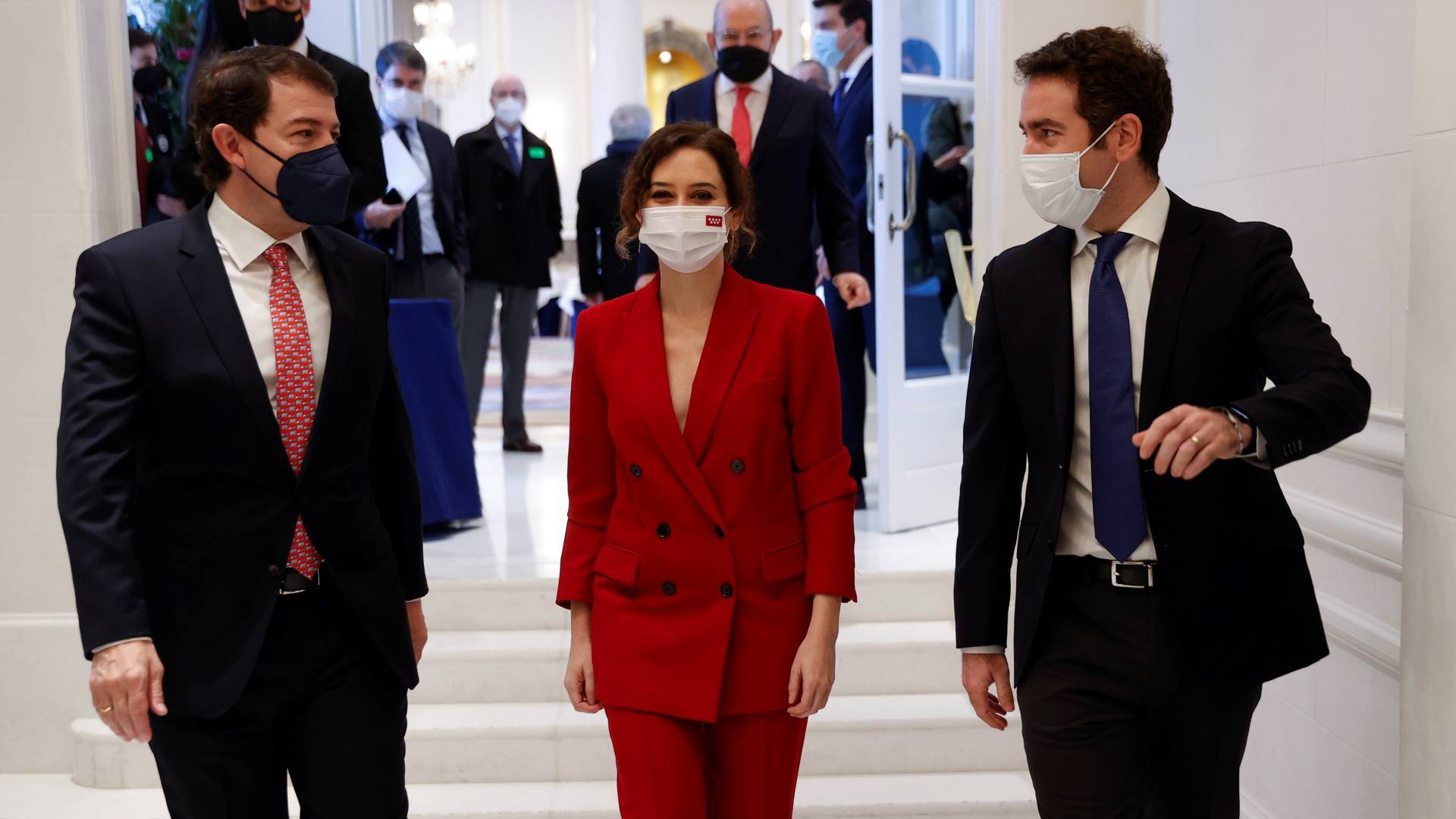 The president of the Community of Madrid, Isabel Díaz Ayuso, and the national leadership of the PP, represented by its secretary general, Teodoro García Egea, They have started this course with an apparent internal truce After months of tension over the leadership of the Madrid PP, an image of “total normality” that will last, at least, until the elections in Castilla y León on February 13.

Both leaders have come together to the informative breakfast that the Madrid president has starred this Monday at the Ritz hotel, in which she was presented by Alfonso Fernández Mañueco, president of the Junta de Castilla y León who aspires to be re-elected. It is an unusual image in recent months, since Díaz Ayuso and García Egea have been the two visible faces of that internal battle within the PP, and whose last disagreement was fought last November on behalf of the council of I help the president of the Junta de Andalucía, Juanma Moreno, to “fly free” and make his “own decisions” about the convening of elections.

However, the PP is now committed to embracing the Ayuso model to achieve a large majority in Castilla y León that allows them to govern alone and, for this, it has been forced to change the discourse of recent months. In fact, Mañueco himself has highlighted that Ayuso is “the PP’s model of success” and has stressed that he wants to carry out the same policies in his region as of February 13.

Now, with an eye on the elections in Castilla y León on February 13, the PP has launched against Vox and the PSOE for, in their opinion, wanting to seek the “division” within their party. “I want to tell our adversaries that the PP candidates are from the PP. Many parties would like to have regional presidents like Mañueco or Ayuso, and they will seek any kind of confrontation within the PP. But give up all hope“, has emphasized the ‘number two’.

Ayuso assures that the relation with ‘Génova’ is “of total normality”

Along the same lines, Ayuso stressed this Monday that his relationship with Genoa is “completely normal” after having given in the last quarter “some headlines”. “What we are now is leading a very important period for Spain in 2022. We are the political alternative and we have nothing more important to do than to show citizens that we are the best party and the most prepared to lead that change,” he stressed the regional leader.

In addition to the party’s general secretary and the candidate for the Junta de Castilla y León, Ayuso has been accompanied by the PP spokesperson in the Senate, Javier Maroto; or the president of the PP of Madrid, Pío García-Escudero. While the great absences have been those of the president of the PP, Pablo Casado, and that of the mayor of Madrid, José Luis Martínez Almeida: the first, because he is with coronavirus and, the second, has alleged that he was sick. “I am very grateful to have here, with Alfonso and me, the entire National Directorate and so many representatives of the party, also at the regional and municipal level,” Ayuso said.

The Madrid president has defended that the president of her party, Pablo Casado is “the person who is going to lead political change in Spain“, since” on the other hand there are too many lies and so much damage caused “by the Government of Pedro Sánchez.” This change is unstoppable and my only job will be to be next to the president of the PP, Pablo Casado, so that together to the rest of the regional presidents, the National Directorate, the deputies and senators of my party he arrives, as soon as possible, to lead this change so necessary for Spain “, he stressed.

On the other hand, asked about the celebration of the PP congress in Madrid, he reiterated that he has “a deep illusion” to be in charge of it and therefore when it is convened, it will be presented.

For his part, Fernández Mañueco has assured that the president of the Community of Madrid is a “successful model of the PP” and has stressed that he wants to carry out the same policies in his region as of February 13. After highlighting the “ties” that unite the two regions, he pointed out that both are clear that it is necessary to “defend the people” of their respective autonomies from the policies of Pedro Sánchez.

Mañueco has valued the work that Ayuso is doing as regional president. “The truth is that Ayuso is the PP’s model of success in the Community of Madrid and it is probably because he shows his face, does not hide, speaks very clearly and also makes decisions and is especially brave and has a full dedication to Madrid and the Madrileños, “he added.

In addition, he stressed that Ayuso’s policies are the ones that “will lead the PP and Pablo Casado to the presidency of the Government”, giving an account of the new strategy of “cohesion” that will be the usual trend at least until the elections in Castilla y León.