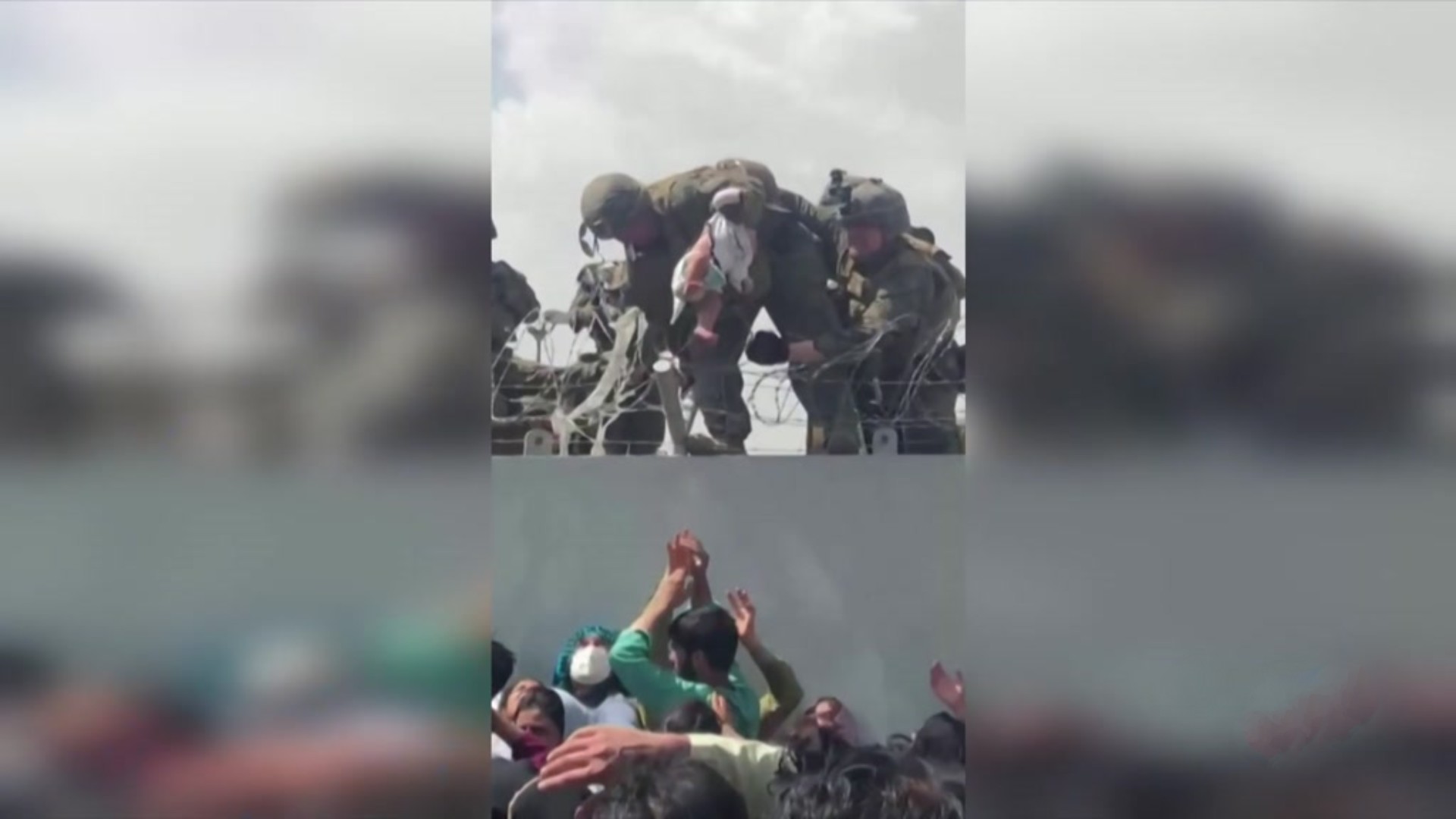 The image of a baby delivered in desperation, to an American soldier, during the chaotic evacuation at the Kabul airport went around the world. The child suspended by the hand of a military man on the airfield fence was etched on the retina of international public opinion in mid-August when the Taliban returned to power in Afghanistan after taking control of the capital. His parents were five meters from the door and decided to hand over the boy for safety. When the family managed to enter to be evacuated they did not find him.

The little one is called Sohail Ahmad He was only two months old when he disappeared. Five months later, he appears at the house of a taxi driver who decided to take him with him when he found him on the airport floor crying: “I took him with some women to breastfeed him, but they didn’t want to … I kept looking for his family“Safi told AFP. He was helping his brother with the evacuation, so he decided to take the child home with his wife and three daughters. They named him Mohammad Abed and began to take care of him.

Mirza Ali Ahmad |Sohail’s father, worked as a security guard at the United States Embassy. Together with his wife they decided to deliver the baby to a soldier to ensure its evacuation, but when they managed to access the airport together with their four children they did not find the little one. They spent three days looking for him and finally decided to board the evacuation flight to a military base in Texas. They didn’t hear from their son for months.

A heartbreaking goodbye to the Safi couple and their three daughters

A few days ago, Sohail’s relatives were located in Kabul with the help of social media and the police, and the boy was handed over to his grandfather in a heartbreaking goodbye to the Safi couple and their three daughters. “I’m a mother. I understand that he will not always be with us and needs to be with his parents“He told the taxi driver’s wife AFP. At first the couple hesitated to hand him over and made it a condition for them to be evacuated to the United States as well.

The Taliban police had to intervene and after several weeks of negotiations the boy was returned with his relatives. In fact, last Sunday, Sohail’s grandfather, Mirza Mohammad Qasemi, invited the Safi family to their home in Kabul to spend time with the boy, who was showered with affection.

That image became an icon of the return to power of the Taliban in Afghanistan. Many Afghans feared the return to rule of the extremists of the 1990s and retaliation for working with the US-backed government or foreign forces, so thousands of people desperately sought to leave the country.

That image has a happy ending. Until Sohail joins his parents, his aunt will take care of himQasemi said. But the case highlights the plight of many parents separated from their children during the hasty evacuation and withdrawal of US forces from the country after 20 years of war. No US embassy in Afghanistan and with overflowing international organizationsAfghan refugees have struggled to get answers about the timing, or possibility, of complex reunifications like this one.