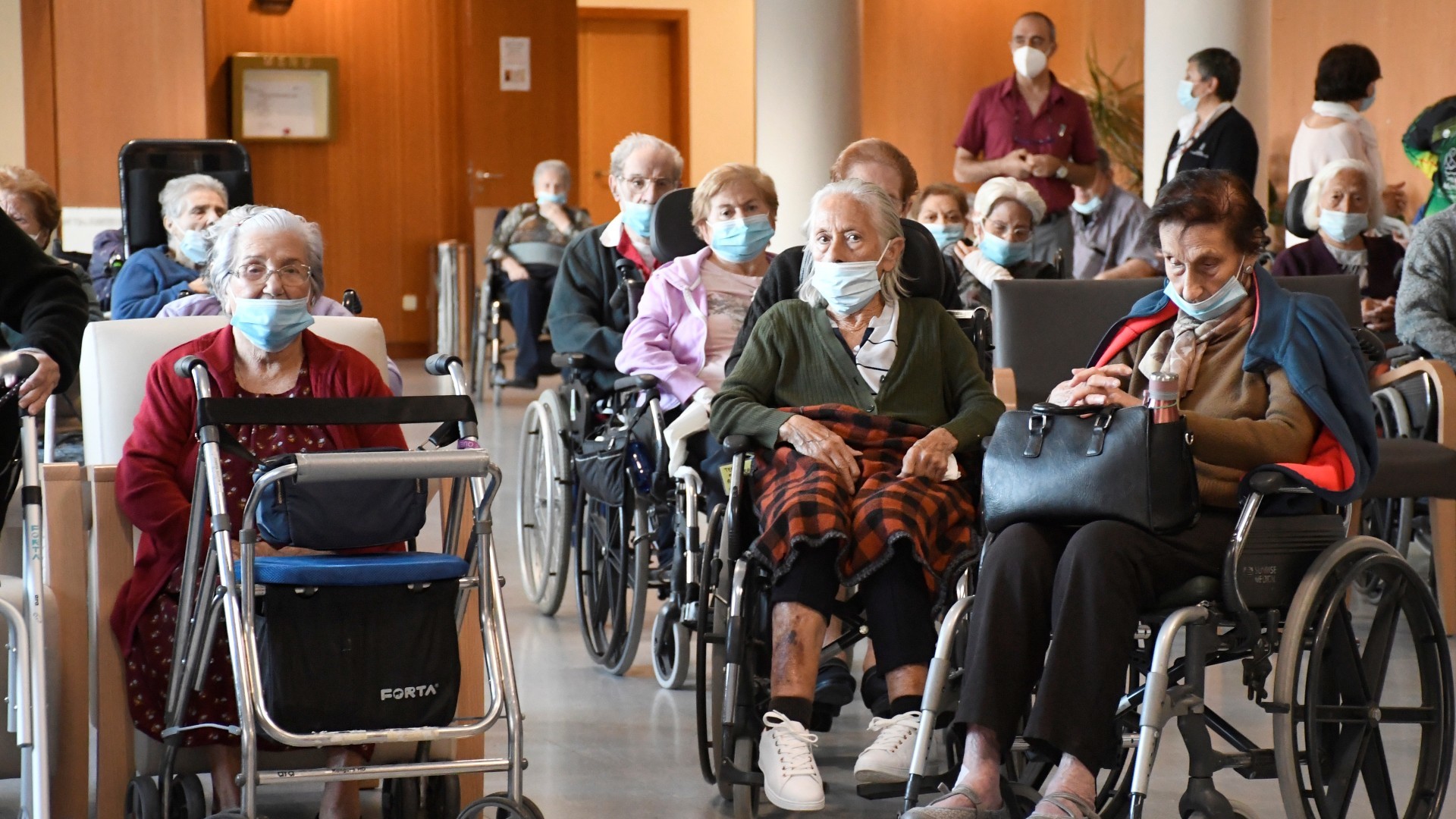 In Spain a total of 75,699 residential places for the elderly plus to achieve the ratio of five for every 100 inhabitants over 65 years of age established by the World Health Organization (WHO).

According to the latest data from the Imserso, at the end of 2020 there were 5,529 residential centers with 389,677 places, 643 more than a year before, although insufficient to achieve the increase of older people, so the coverage ratio has continued to fall (from 4.22 to 4.19 in one year).

The Association of Directors and Managers in Social Services has released a report this Monday in which it analyzes the situation of nursing homes in the first year of the pandemic, showing a general deficit of places according to what is established by international organizations.

Andalucía, C. Valenciana and Galicia, communities with the greatest deficit

The mean size of centers It is 70.5 places per center, with Madrid reaching the highest number with 110 and Extremadura the minimum, with 46 places.

On the other hand, the report regrets that although between 2010 and 2020 the number of people over 65 has increased by 1.5 million people, the number of residential places has grown only by 20,872.

Two out of every three places are publicly funded

The report also highlights that 63.2% of the Residential places are publicly funded: in public centers, arranged places in private centers or places that are financed with the provision linked to the service.

This percentage has been increasing slightly in recent years, so that at the end of 2020 they accounted for 2.65 for every 100 people over 65 years of age.

The communities with greater coverage of publicly funded places are Castilla y León and Castilla-La Mancha, followed by Aragon and Extremadura. The Communities with the least public funding places are the Canary Islands and Murcia, which do not reach 1.5%.
Madrid is the only community where exclusively private places have a greater coverage (2.5%) than those with public financing (1.86%).

The president of the association, José Manuel Ramírez, criticizes in statements to Efe that one year and nine months after the start of the pandemic, he still the number of residential places has not been recovered in the Long-term Care System: in February 2020 there were 171,119 and in November 2021, 169,399, that is, 1,720 fewer places.

The deficit of places grows since 2014

The 5,529 residential centers that were in Spain at the end of 2020 are 13 less than the previous year, which confirms the stagnation of the sector, says Ramírez.

“The result is a greater deficit of residential places year by year, “says the report, which points out that If in 2014 there were 53,103 places missing to reach the 5% ratio, in the last year this deficit reached 75,699.

According to the latest statistics from Imserso, updated in November 2021, There are 91,729 people on the waiting list with Grade II and III Y more than 67,000 pending valuation and that they will foreseeably obtain one of those degrees, which brings the number up to 158,729 people.

According to experts in social services, taking into account the demand that currently exists unattended, it would be necessary immediately at least 62,000 places residential for people with Severe Dependence (Grade II) or Large Dependents (Grade III) who are on the waiting list.