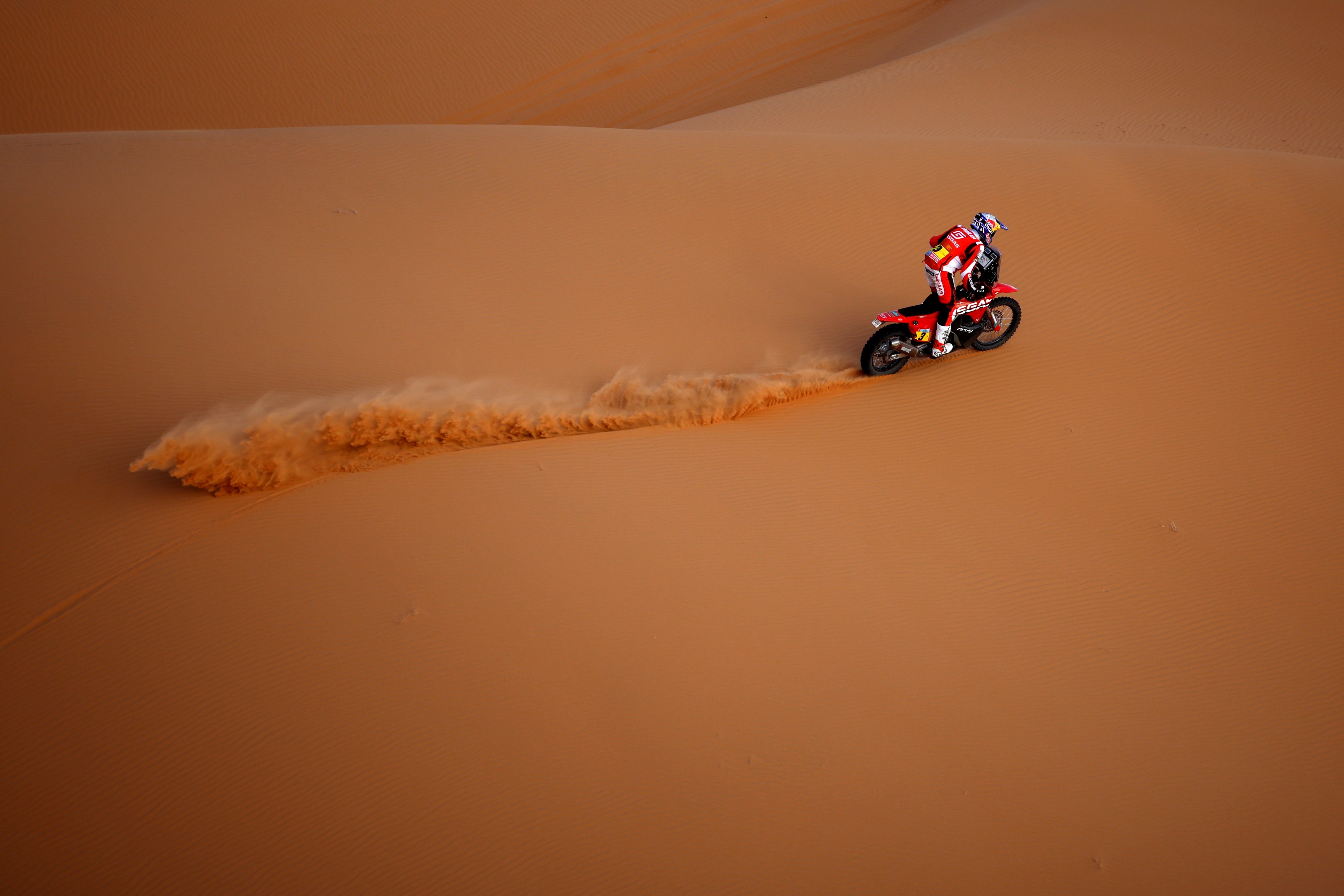 For many years, the Dakar on a motorcycle is no longer a matter of two. That time marked by the wonderful duel starring Cyril Despres and Marc Coma, dominators of the competition for years, as well as the KTM brand, is over. Today strategy is less important than speed, Honda faces the Austrian house at each stage and there is even a Yamaha, Adrien Van Beveren’s, in third place overall. The competition is great. And four days after the end of the Dakar Rally it is difficult to bet on a winner.

It is true that the British Sam Sunderland (GasGas) has been at the top of the table almost every day; but it is also true that the winner of the race in 2017 lost almost 26 minutes on Sunday that made him lose the favorite tag at times. With a magnificent stage this Monday, the boy regained the lead in a special that ran on the attack, from the 27th starting position and taking advantage of the marks of the rivals who started before him.

This was how he took almost three minutes ahead of Chilean Pablo Quintanilla (Honda) and about four over Matthias Walkner (KTM), while French Van Beveren, after taking the lead in the previous stage, was ninth at 10 minutes. Tenth, after an accident, was the Spanish Joan Barreda (Honda), who gave 11 minutes. Few, judging by the story of his time. First, he had a fall on the stretch of dunes, he flew off and the motorcycle fell on him, according to what he explained; then he made a navigational error in the last few kilometers.

Despite everything, despite the clavicle fracture that has dragged on since Thursday, the one from Torreblanca (Castellón) remains confident in his options for the final podium: “Anything can happen. You have to fight, every day you have to give your best. The pace is very high. And to be ahead you have to clench your teeth well, “he says.

There are still four stages and many kilometers to go. And the less than 15 minutes that separate him or last year’s champion, Kevin Benavides (KTM), from Sunderland are little judging by the ups and downs that have been seen since in the first stage navigation complicated things. more than one.

There are at least six riders who aspire to win this Dakar Rally, from Sunderland to Benavides, including Matthias Walkner (KTM, second overall and winner of the race in 2018), Van Beveren, Pablo Quintanilla (Honda) and the Barreda himself. In fact, it is even difficult to rule out a veteran like Toby Price (KTM, two-time Rally winner, in 2016 and 2019), who appears ninth at 32 minutes. The more than 1,000 kilometers that remain of the special timed in four days can go a long way.

The scenario is very different in the car category, where Nasser Al-Attiyah (Toyota) competes without too much pressure since the first stage soon put his two historic rivals out of the game, today at the controls of a hybrid Audi: Carlos Sainz and Stéphane Peterhansel. The first made severe errors in navigation that made him lose two hours; the second, accumulated accidents and various mechanical problems during the first week. And neither of them has been able to really put him in trouble. Neither has Sébastien Loeb (Prodrive), the only one capable at this point of making him a little nervous, something that is not easy to achieve with the Qatari.

Loeb had a very good stage this Monday and managed to get a little closer to his rival, who leads the classification with almost 38 minutes of advantage. Loeb finished with the third fastest time, behind Ekström and Peterhansel (both Audi drivers) and three minutes behind the winner. Sainz was fourth, only three seconds slower than the Frenchman, although so far in the general classification (18th, more than three hours) that this is already a training and set-up Dakar for the Madrid native. Al-Attiyah, for his part, left 10 minutes on the way to Wadi Ad Dawasir. But since you have room to spare, you can afford it. Not in his worst days has he wasted enough time at Toyota to feel uncomfortable. The Qatari, a three-time Rally winner, aims to win his first Dakar this year in Arab lands.