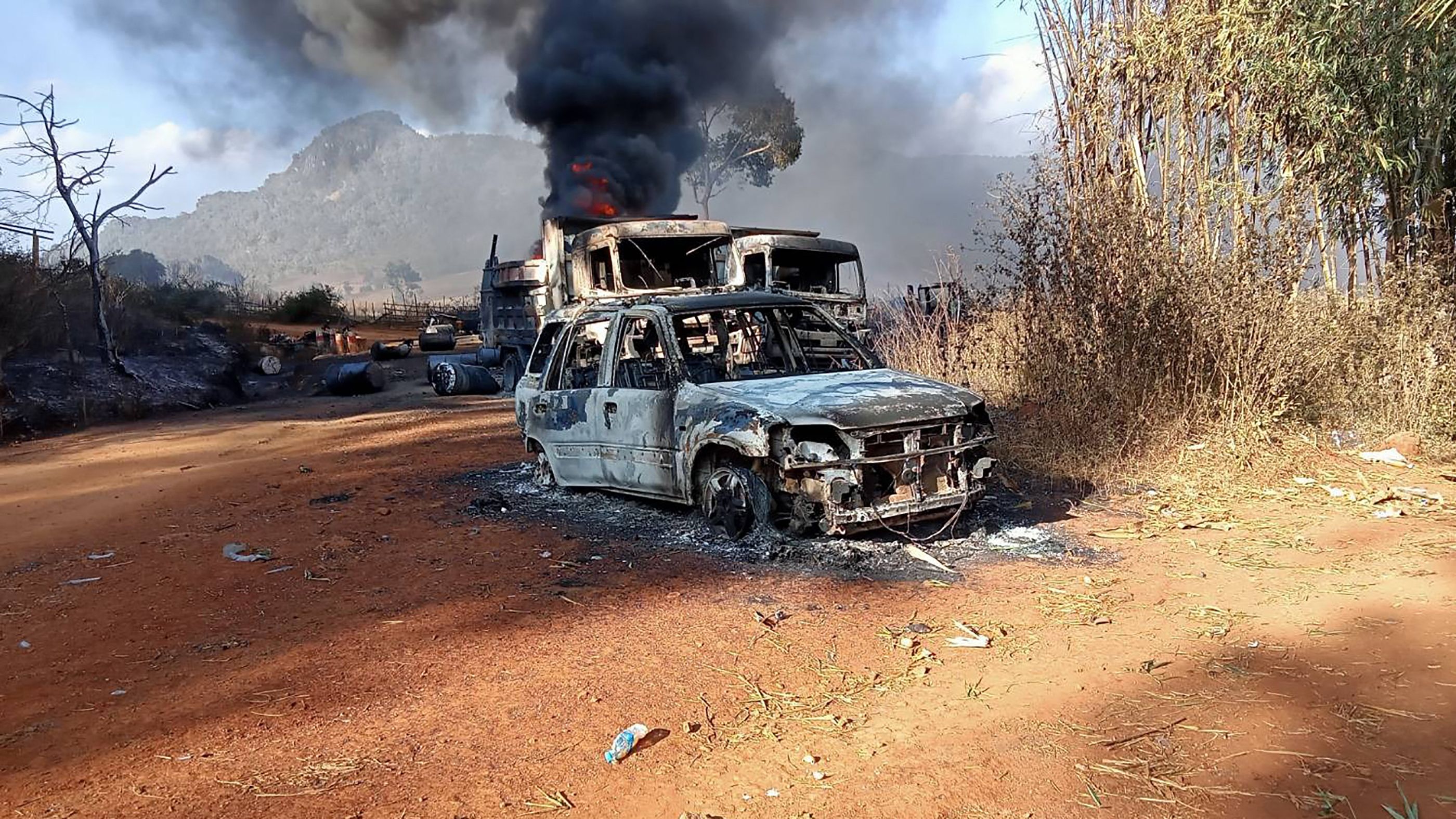 The death of two of our colleagues in an attack by the Myanmar army has devastated us at Save the Children. They, as well as at least 35 other people – including four children – were killed in the attack. They should never have been the target.

Our colleagues, aged 28 and 32, were first-time parents, with babies a few months old, returning to the office on December 24 after attending to the needs of children in Kayah State, eastern Myanmar, when they produced the attack. The military forced people out of their cars, arrested some, killed many, and burned their bodies.

I have worked in the humanitarian sector for over 20 years and have met hundreds, if not thousands, of people engaged in humanitarian work in this time. We have always formed a close bond with each other as we carry out our work in extremely difficult conditions. Most of those with whom I have met are dedicated to their work and share a passion for improving the lives of people trapped in unimaginable suffering. We have witnessed the devastation and have heard stories too dire to repeat. But time and again we are struck by the resilience of people in times of disaster.

I recently returned from Afghanistan where I met a displaced family living temporarily in a barn evicted from a relative. It was cold and damp and winter was beginning to creep in. They had very little. Her son attended a community school that serves displaced children. He was learning to read, but it was difficult because the lack of food gave him headaches. However, he proudly showed me his skills, he told me that he wanted to be a doctor to help and take care of his people.

I often find it difficult to explain to family and friends how people survive in such difficult conditions and how they can continue to hope for a better future. We are privileged. We are in a position where we can help. We can make a difference, sometimes on a small scale and sometimes on a larger scale.

The Aid Worker Security Database (AWSD), the leading database on humanitarian workers, shows that the number of victims reached an all-time high in 2020: 117 people killed, 242 injured and 125 kidnapped. Since 2013, more than 100 humanitarian workers are killed each year.

This body points out that humanitarian workers were shot, beaten and faced explosives, ground and aerial bombardments. I also know many colleagues in this world who have been scarred from PTSD for years.

If we accept an increasingly widespread culture of impunity, with few prosecutions and sanctions for violations of humanitarian law, we let the perpetrators get away

We must ask ourselves why these figures continue to increase when the protection of aid workers is enshrined in international humanitarian law – included in the Geneva Conventions -, the Rome Statute of the International Criminal Court, the resolutions of the UN Security Council and national criminal laws.

If we accept an increasingly widespread culture of impunity, with few prosecutions and sanctions for violations of humanitarian law, we let the perpetrators get away. This poses a risk for humanitarian workers, but even more so for those caught up in the conflict and whom the international community has the same duty to protect. With this latest attack in Myanmar against innocent civilians, children and aid workers, the time has come to join forces and take a stand and lead by example.

The United Nations Security Council must meet immediately and establish the steps it will take to hold those responsible for Myanmar accountable. Member States must impose an arms embargo. The Association of Southeast Asian Nations (ASEAN), likewise, must meet to review and implement an agreement that was agreed last April and that establishes that there will be an immediate cessation of violence in Myanmar and that the special envoy ASEAN will help mediate a diplomatic solution.

For our two dear and irreplaceable colleagues in Myanmar – and for the more than 1,200 aid workers killed in the past 10 years and for the sake of the millions of people we have a duty to protect – we must act now. Let’s make 2022 the year that the rise in violence and impunity finally stops.

Gabriella Waaijman is Global Director of Humanitarian Aid at Save the Children.