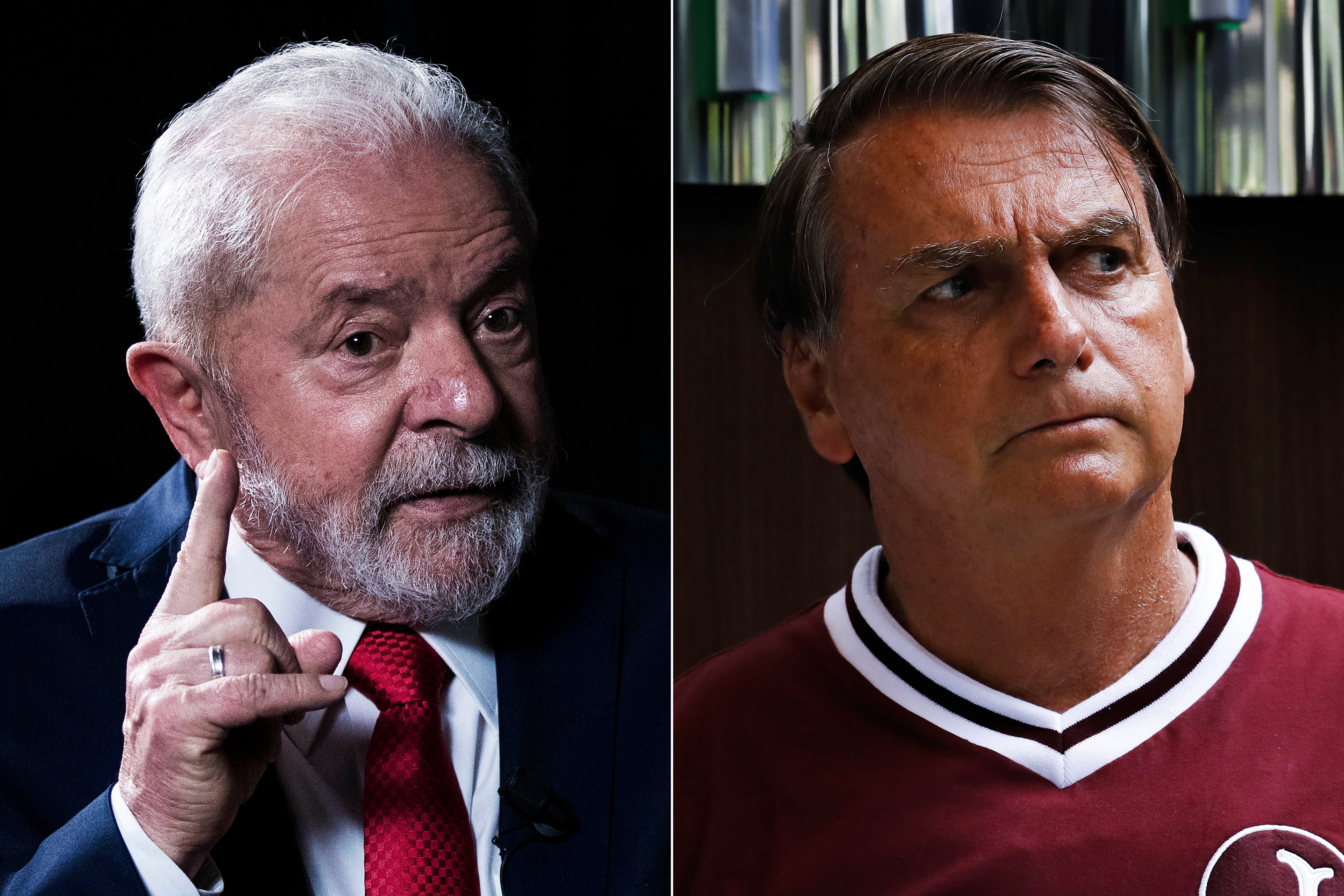 Next New Year thousands of people will gather under an inclement sun in Brasilia to attend, except for a capital surprise, the inauguration of the next president of Brazil. There is no doubt that it will be a boy. Nor is it risky to predict that whoever arrives in Rolls Royce and climbs the ramp to the platform of the glass-enclosed palace designed by Oscar Niemeyer will be an old acquaintance, probably a veteran at the head of state. The fourth most populous democracy in the world, the richest country in Latin America, is preparing for a high-voltage electoral duel whose outcome will have effects far beyond its borders.

On one side of the ring, the leftist Lula da Silva, charismatic and reborn for politics when no one expected him. At 76, he is seeking a third term after imprisonment and the annulment of his sentences. It is the great favorite. On the other side, Jair Messias Bolsonaro, 66, from the extreme right, a man of crude manners who three years ago knew how to ride the national-popular wave that is sweeping the world, capitalize on discontent, optimize the power of social networks and achieve the power when only a few months before to even formulate that idea would have been a delusion. Look for a second term.

Neither of them has made their candidacy official for now. Does not matter. No one doubts that both have the firm will to finally fight at the electronic ballot box. Ahead, a campaign that is expected to be extremely polarized. Ten months of intense drama guaranteed. Brazilians over 16 years of age will elect president, governors, deputies and senators.

The Bolsonaro-Lula duel would have the aroma of revenge for the one they could not celebrate in 2018. In the same way that one court then annulled the leftist’s candidacy for being convicted of corruption, another provided this second opportunity by annulling the sentence and rehabilitating him.

No other contender overshadows them, especially Lula, who leads the polls with a solid lead as inflation and the pandemic continue to undermine support for President Bolsonaro. The leader of the Workers’ Party (PT) would win in the second round with 59% to the current president (30%), according to the latest Datafolha poll, from mid-December.

The ultra-rightist maintains, in any case, a faithful base, the not inconsiderable machinery of the State and a Parliament controlled by a galaxy of opportunist parties that for now remain by his side. “It is difficult that a leader who attends elections does not reach the second round,” he stressed this week in Estadão the representative of the Eurasia consultancy for America, Christopher Garman. He added that, in his opinion, the fears about the possible risks of the victory of one and the other are exaggerated.

The economic class and those who consider both Bolsonaro and Lula to be extremists have promoted countless attempts to get an alternative candidate to emerge, but none have succeeded. The only one who approaches the couple head-on is Judge Sérgio Moro, who imprisoned Lula and was Bolsonaro’s minister. The great symbol of Lava Jato. Datafolha gives you 9% in the first round. After him, other candidates, such as Governor João Doria, former Minister Ciro Gomes or Senator Simone Tebet, the only woman among the candidates.

The most likely scenario, according to analysts and polls, at this time is that Lula and Bolsonaro go to the second round and the first one wins. But the forecasts indicate that, if instead of the current president, Lula’s opponent in the second round is a more moderate rightist, then the leftist would have it much more difficult. The 2018 campaign has already shown that surprises should not be ruled out.

There is consensus that the ailing economy is going to be the big campaign theme. After a decade that has combined a two-year recession with anemic growth, the outlook is pessimistic. And then there is the devastating impact of the pandemic. Almost 20 million Brazilians go hungry, that is, 9%.

The current ones are weeks of weaving the essential alliances. An effort of diabolical complexity in a country as diverse as Brazil, in addition to electoral arithmetic, it is necessary to take into account territorial sensitivities and that the game is played twice. Speculation about possible vice presidents is constant. For weeks there was talk that Lula was trying to convince the businesswoman Luiza Trajano, the owner of a chain of stores that, in addition to being very rich, is very active against machismo and racism. She insists that she has no intention of introducing herself.

Lula has embarked on a risky gamble to attempt a feat that only Fernando Henrique Cardoso achieved in the 1990s: winning in the first round. The former trade unionist ruled Brazil between 2003 and 2009, when he left office his popularity was through the roof but then came the Lava Jato scandal, convictions, jail… and his return to the front line of politics.

The person you choose as your vice president will be a key clue. Now he is courting a former adversary for the job: Geraldo Alckmin, whom he defeated in the 2006 presidential elections. Former governor of São Paulo, Alckmin is a veteran of the PSDB (Party of Brazilian Social Democracy) who, according to observers, would serve to moderate the profile of Lula. It would attract votes from the center right and weaken the resistance that persists towards the former unionist. Alckim has just left his longtime party with an eye toward marriage of convenience.

This Christmas break is the last moment for the candidates, their teams, the political class (and the judiciary) to charge the batteries in the face of the intense months that lie ahead. The evolution of the pandemic could influence the format of campaign events, but no one doubts that social media and disinformation will play a leading role as in 2018.

If the one who takes office on January 1 is Lula, it would mean culminating in a big way the turn of Latin America to the left. If it were Bolsonaro, it would be a notable boost to the global project of the national-populist far right, damaged by the electoral defeat of Donald Trump.