Skip to content
Home News Djokovic returns to training on the Australian track: “Despite everything that has happened I want to compete” | sports 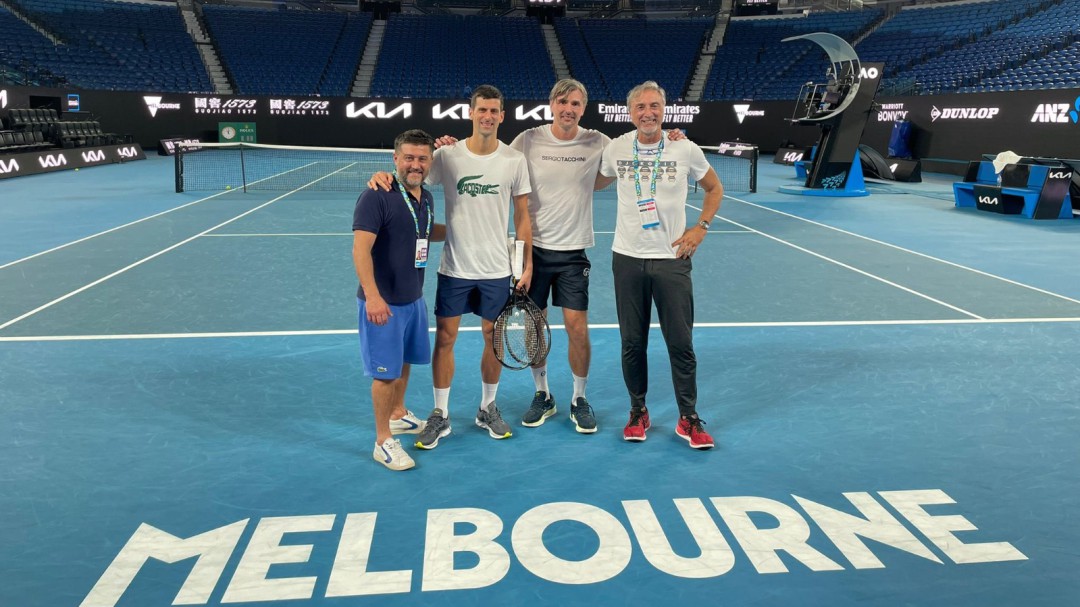 The Serbian tennis player, Novak Djokovic, has written his first message – on his Twitter account – after winning a legal battle against his deportation from Australia. “I am pleased and grateful that the judge reversed the cancellation of my visa. Despite everything that has happened, I want to stay and try to compete in the Australian Open. I’m still focused on that. I flew here to play in one of the most important events that we have in front of my incredible fans “, he has written on his official Twitter profile next to an image where he appears inside one of the tracks of the Australian tournament.

I’m pleased and grateful that the Judge overturned my visa cancellation. Despite all that has happened,I want to stay and try to compete @AustralianOpen
I remain focused on that. I flew here to play at one of the most important events we have in front of the amazing fans. 👇 pic.twitter.com/iJVbMfQ037

“For now I can not say more, but thank you all for being with me in all this and encouraging me to continue being strong,” continued the Serbian athlete. His family, in a press conference, confirmed that the tennis player has returned to training on the Australian court. Dijana Djokovic, Novak’s mother has pointed out that this “is the biggest victory of his career, bigger than any Grand Slam.” The world number 1 had been held in a Melbourne hotel since last January 6, when he arrived to play the tournament that he has won up to nine times.

Djokovic arrived in the Australian country with a Medical exemption from the Australian Open for having passed the COVID in December, according to their lawyers. However, the Australian authorities took away his visa for not being vaccinated against COVID and had to be withheld. After four days without being able to enter the country, uNo court has ordered this Monday the release of the number one tennis player. In this way, eJudge Anthony Kelly of the Melbourne Federal Circuit Court ordered the Australian Government to implement the release order, hand over his passport and personal effects, and pay Djokovic’s legal costs.

His brother, Djordje Djokovic, confirmed during the press conference given from Serbia that the number 1 in the world of tennis trained this Monday in Australia. “Thanks to Judge Kelly, who paid attention to all the details and facts,” said Djordje, who in turn stressed that Novak “He has always supported freedom of choice.” Regarding the support received by the fans, his family has thanked to the people their support: “We have seen wonderful scenes with hundreds and hundreds of people. Truth and justice have come out.” “He couldn’t see people dancing and singing, but he could hear them and that helped him,” his mother stressed. Srdjan Djokovic, the tennis player’s father, added that “the judge was fantastic” as he “simply respected the facts and made the only possible decision: to let Novak do his job.”

“Let him now play in what is the best in the world. They took away his rights. They tried to persuade him to sign the revocation of his visa. He refused to do so because there was no reason,” insisted the athlete’s father. “Novak was alone with them for several hours, without a phone. He finally got his phone back and was able to contact his legal team, who did a very good job. We respect the law and the rules of every country where we go.”