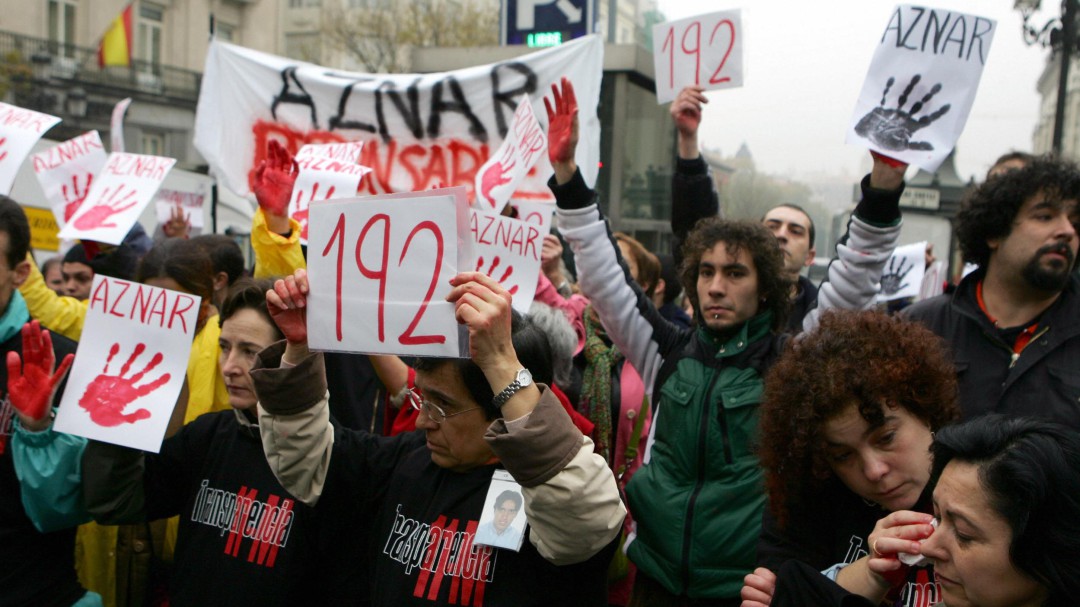 Jorge Dezcallar, former director of the National Intelligence Center, “confessed” to his replacement, Alberto Sáiz, that the Aznar government asked him in March 11 to “say that ETA was the author of the attack.” Dezcallar confesses that he did it “but with the caution of adding in all probability.” “It was a mistake,” says Dezcallar, “but they extended it until election day when they already had the van, the Koran tape, and had arrested three Arabs.” To the CNI, adds Dezcallar “they did not tell us in time, all the information arrived late.”

This hitherto secret note (which can be read here) is dated April 23, 2004 and is one of the almost 20,000 documentary files that José Bono, former President of the Congress of Deputies, former Minister of Defense and former President of Castilla-La Mancha has published in the Pablo Iglesias Foundation. As of this Monday, it is accessible to the public and represents a gesture of transparency that is not usual in our country. Among these documents are transcripts from the Ministry of Defense, meetings of the Executive of the PSOE, letters to bishops or minutes that were drawn up by the Zapatero government.

Below, we reproduce some of those documents with their original link to be able to consult it through the web of chainser.com.

The Superior Council of the Army against the UME. On January 25, 2006, Bono detailed in a personal note the opposition that exists on the part of the Superior Council of the Army to the creation of the Military Emergency Unit. “The most cocky are opposed, but with prudence. I am willing to stop immediately whoever is capable of repeating what they are saying in the corridors. General Yagüe has said that the actions of the armies are those of combat and that They could be devalued by the non-strictly military performance of the UME and I have answered him that when there is no fighting or war, citizens continue to pay taxes and want their soldiers to be useful. General Tamarit had also stated that he did not want to recruit soldiers to that they then go to places like the UME. He replied that in the recruiting units the obligation is to recruit and that later it will be the Government who decides where the soldiers are needed. “

Bono credited Borrell with the award of the Madrid-Valencia highway work. On February 8, 1996, Bono wrote a letter to former minister José Borrell in which he abronted the decision to award the works of the Madrid to Valencia highway. “With this award,” says Bono, “nothing would be advanced in the material execution of the work, on the contrary, the judicial process would be open to its suspension and some would believe that we intend to do in the fifteen days that the legislature has left what we do not we did in the years that we have been in government. ” According to Zaplana, adds Bono, “your ministry invokes an alleged Opinion of the Council of State that does not exist and you also know that Decree 16/95 of October 17, which creates the Hoces del Cabriel Nature Reserve, is still in force and expressly prevents run the highway along the route that your Ministry intends. “

Letter to the Bishop of Mondoñedo for the “atrocities” he declared about homosexuals in the process of the gay marriage law. In the letter Bono tells the Bishop of Mondoñedo: “Homosexuals have been marginalized for centuries, they have been burned by the Inquisition and have suffered persecution and jail, do you think that Jesus Christ would reject them? I am writing this letter to you on the plane of I came back from a trip to the former Yugoslavia and I have seen the horrors of war. Images of horror arrive from Iraq every day, every day more than 25,000 children die of hunger and disease. Don’t you think, Mr. Bishop, that this panorama of injustice should occupy more your time and your open letters than the fact that a person is happy loving or making love with someone of their own sex? “

Civil marriage between Catholics with “Doña Letizia in the background”. Among Bono’s documentary archive there is a PDF on the civil marriage between Catholics entitled “Doña Letizia al fondo”. It is February 2004 and the Kings were married in May. The PDF reveals that there was concern about the ecclesiastical effects of the link. Canonist José María Díaz Moreno assures in his conclusions “given the specific social resonance of certain marriages, someone with authority to do so should make very clear the reasons that justify the celebration of the sacramental marriage. As has been written very correctly and opportunely both in the canonical order as intellectual and moral, the Church does not ask princes for more but not less than from each Christian and what is asked of us Catholics in this time of disbelief and indifference is that we not only profess our faith, but also let us make a public profession of it, with the utmost respect for those who do not share it, but without any kind of complex absurdities or harmful ambiguities “.