Skip to content
Home News Barcelona – Madrid in the Super Cup: a chronicle of events | sports 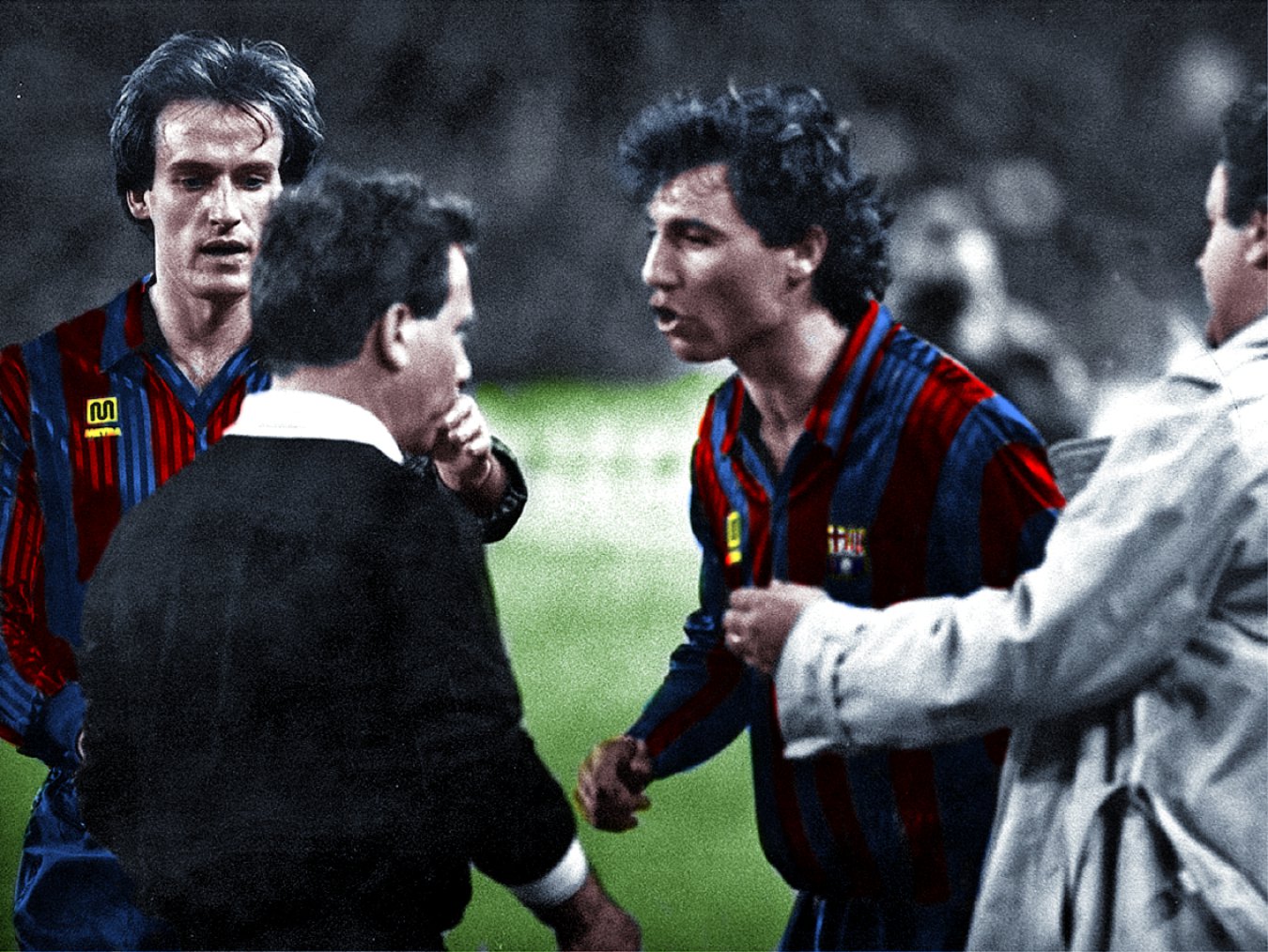 Six out of seven. Barcelona is the king of the Spanish Super Cup with 13 titles and 11 runners-up. However, when the rival in front is Real Madrid (11 titles and five second places), the tournament has choked him. Of the seven direct confrontations in the tournament, six ended with the Whites lifting the trophy and twice (1990 and 2017) with a categorical overall result: 5-1. The confrontation, with the new format, will not be this time in the final, but in the semifinals, but the rivalry is assured. Tradition dictates that classic Super Cups are marked by controversy. The incidents have accompanied the game to the point that the chronicle of events was always mixed with the purely soccer.

Barça’s dominance in this competition, created in 1982, and which traditionally pitted the League champion against the Cup champion, is indisputable. In addition to being the club that has played the most finals (24), its coaches and players are the ones that monopolize the most Titles. Cruyff (1991, 92 and 94) and Guardiola (2009, 10 and 11), three each. And of the 15 footballers who have won the tournament the most times, 13 have dressed as a Barça player. Messi, Xavi, Busquets and Puyol, eight; Iniesta, seven; Piqué, Valdés and Keita (this one, one with Sevilla), six; Sergi Roberto, Alves, Pedro, Bakero (one with Real Sociedad), Beguiristain (one with Deportivo and another with Real Sociedad), five. Chendo and Sanchis, with many others, complete the ranking.

1988: Real Madrid-Barça (2-0). Barça-Real Madrid (2-1). Final marked by the presence of Bernd Schuster at Real Madrid after eight years at Barça. Two Dutchmen (Beenhakker and Cruyff), on the bench. The whites gave the Camp Nou a lap of honor with the Cup and ended up being protected by the shields of the National Police when they left through the changing room tunnel due to the massive throwing of objects.

1990: Barça-Real Madrid (0-1). Real Madrid-Barça (4-1). Major scandal. Stoichkov stepped on the referee, Urizar Azpitarte, and was sent off. Also Cruyff for facing the referee. Míchel scores the winning goal in the first leg. In the second leg, Di Stéfano’s men were relentless despite the Barça taking the lead with a goal from Jon Andoni Goikoetxea. Butragueño (two), Zamorano and Aragón, from the center of the field, sign the local win.

Goikoetxea is well aware of that final, especially the first meeting. “When we entered the locker room, Stoichkov swore and perjured us that he had not stepped on Urizar. I believed him, at least. In the field he was close, but I did not see his action. Then we already saw the images. They were shocking. It was something that doesn’t happen every day. Hristo had these things, from time to time the wires would melt. I remember that once again he stepped on Quique Sánchez Flores and Hierro went after him ”, he relives. The Navarrese does not find a logical explanation for Real Madrid having beaten Barça six out of seven finals. “The truth is that it crashes. In the League in those years we were superior, but in the Super Cup and in the Cup they were always more motivated. We, not so much. I don’t know why, but that’s the way it happened. On the return they gave us four and I scored first. Then they ran us over ”.

1993: Real Madrid-Barça (3-1). Barça-Real Madrid (1-1). The whites, coached by Benito Floro, took the Super Cup as the revenge of the second League lost in Tenerife. This is recognized by his own technician, who is well aware of what happened that month of December. “In the first game at the Bernabéu we were able to score seven and it was the demonstration that the Tenerife League was stolen from us, although some want to erase what cannot be erased. We were superior to that Barcelona of Cruyff. We had already beaten him in the Cup semifinals at the Camp Nou (1-2) playing an hour with 10 due to the expulsion of Rocha. Real Madrid should have won that League, as they won the Cup and the Super Cup ”.

1997: Barça-Real Madrid (2-1). Real Madrid-Barça (4-1). In the first leg at the Camp Nou, in the first half, a lighter hit Roberto Carlos’ head, injuring him. On the return, Van Gaal became tactically tangled. He sent Guardiola to mark Raúl, while Ferrer and Abelardo also followed the man to Mijatovic and Suker. The three white forwards shared the goals, with a double from the youth squad.

2011: Real Madrid-Barça (2-2). Barça-Real Madrid (3-2). The draw at the Bernabéu left the return open. The alternation on the scoreboard until Messi’s goal, which meant the third consecutive title for the Catalans, was accompanied by multiple incidents. Marcelo saw the red card for a hard tackle to Cesc and also Özil and Villa were sent off for the tangana caused by the first action. Mourinho’s ugly gesture of sticking his finger in Tito Villanova’s eye was the icing on a rough game. Barça’s first and only victory in the Super Cup against Real Madrid.

2012: Barça-Real Madrid (3-2). Real Madrid-Barça (2-1). Those of Mourinho were champions for the double value of the goals. At the Camp Nou, Tito Villanova’s men traced Cristiano’s goal to 3-1, but a mistake by Valdés allowed Di María to score the goal that would ultimately be final. At the Bernabéu, the expulsion of Adriano and Barça, one hour and 10, showed his face to the point that Casillas was the Real Madrid hero.

2017: Barça-Real Madrid (1-3). Real Madrid-Barça (2-0). The final was practically sentenced at the Camp Nou. Zidane was right with Kovacic’s individual marking on Messi. Cristiano was sent off for two yellow cards and when he saw the second he pushed the referee, De Burgos Bengoechea. He was sanctioned with five games. In the return, Valverde opted for a 3-5-2 that did not go well.