Skip to content
Home News A stove, probable cause of fire with nineteen deaths in New York | International 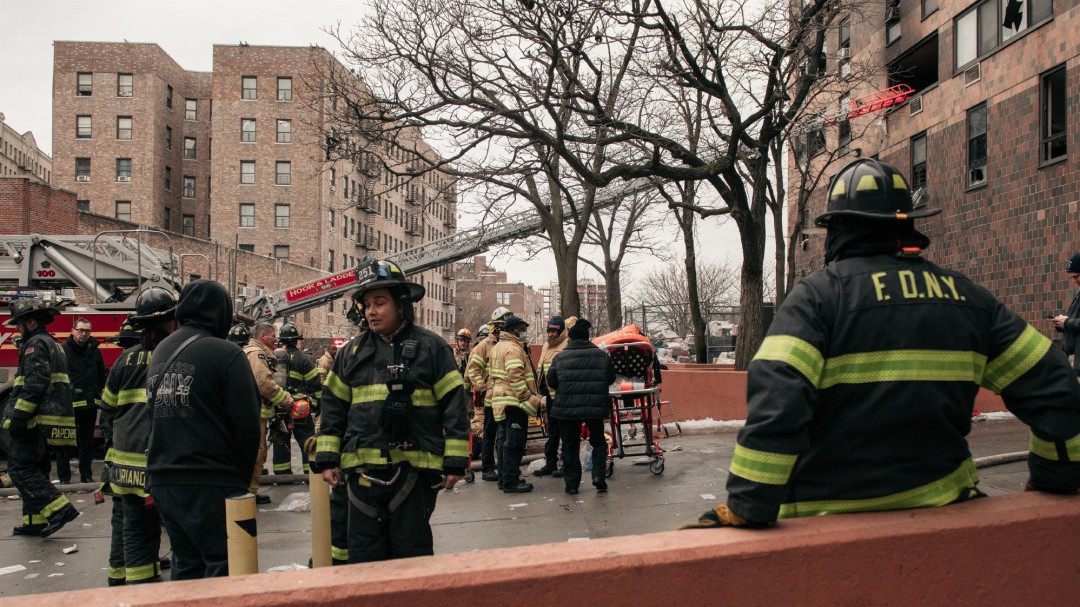 The fire declared this Sunday in a residential building in the Bronx that caused at least nineteen deaths, including nine children, most likely had its origin in an electric stove that ignited the fire, the flames spread rapidly because the door of the apartment was left open.

New York Fire Chief Dan Nigro told a news conference at the scene that this is the most likely scenario for this fire, the most serious in recent New York history.

For his part, Mayor Eric Adams pointed out that among the victims there could be many Gambians, as this is an area of ​​the Bronx where this African community is the majority, and he promised that everyone will have a burial according to Muslim ritual and respecting their traditions.

At the moment, the figures of nineteen dead (nine of them minors) and thirty hospitalized, some of them in very serious condition, are maintained, so the death toll could increase.

One of the residents in the building told CNN that the building had a fire alarm that did not work well and that it went off frequently, almost always for no apparent reason, which could contribute to the fact that today the residents of the 120 apartments that They are in the 19-story block and they won’t take it seriously.

Asked about it, the fire chief could not confirm that point but did say that his department received a first warning shortly after the fire broke out and arrived at the scene three minutes later.

Two hundred firefighters participated in the task of evacuating the victims, who are being rehoused in nearby hotels and other public buildings, said Nigro, noting that his men continued to evacuate intoxicated even after they ran out of air.

The fire originated in a room in a duplex between the second and third floors, and the occupants left the apartment when they left the apartment, contributing to the rapid spread of flames and smoke, which rose easily through the windows. remaining floors of the building.

The fire broke out around eleven o’clock in the morning in an apartment located on the second floor of the building, a 19-story tower with 120 houses.

Firefighters found victims “on all floors,” many in cardiac and respiratory arrest, Nigro told reporters.

Nigro compared it to the 1990 fire at the Happy Land club, in which 87 people perished and which is the greatest tragedy of its kind in recent New York history.

The worst fire on record in the Big Apple took place in 1911 in a factory in southern Manhattan, killing 146 people.

“The numbers are horrible,” added Adams, who today experienced the first great drama of his term as mayor, which began on January 1.

Today’s is the second major fire that the United States registers this week, after the one that occurred on Wednesday in a residential building in Philadelphia, in which twelve people died, including eight children.

In the Bronx, many residents were evacuated by firefighters through the windows of the building, as could be seen in collected images published on social networks and according to several survivors told local media.

“I was screaming: help me! Please come and get us!” Wesley Patterson, a 28-year-old man who lives on the third floor of the burning building, told The New York Times who was rescued by firefighters with a ladder. when his house was already full of smoke.

Cristal Diaz, another resident, told the New York Post that when she began to smell smoke she placed wet towels on the door: “We didn’t know what to do. We looked out the windows and saw all the bodies that were being pulled out with sheets.”

“I am horrified by the devastating fire in The Bronx today. My heart goes out to the loved ones of all those we have tragically lost, to all those affected and to our heroic firefighters,” the New York State Governor said via Twitter. , Kathy Hochul.